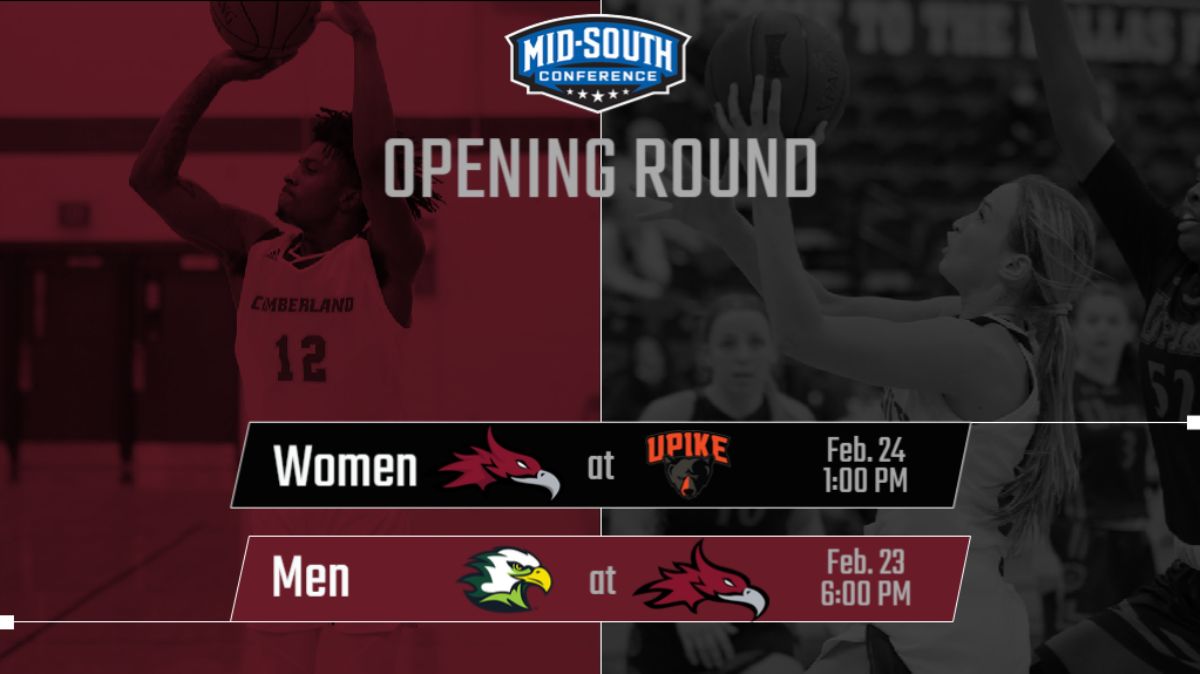 The men's team split the season series with the Running Eagles after winning their last matchup on Saturday 69-53. They lost on a buzzer-beater three at Life in January.  Women's basketball played Pikeville just one time at home and lost 62-50.

The winners of both games will advance to the Mid-South Conference Quarterfinals. The women's quarters are slated for Saturday and the men's are on Sunday.