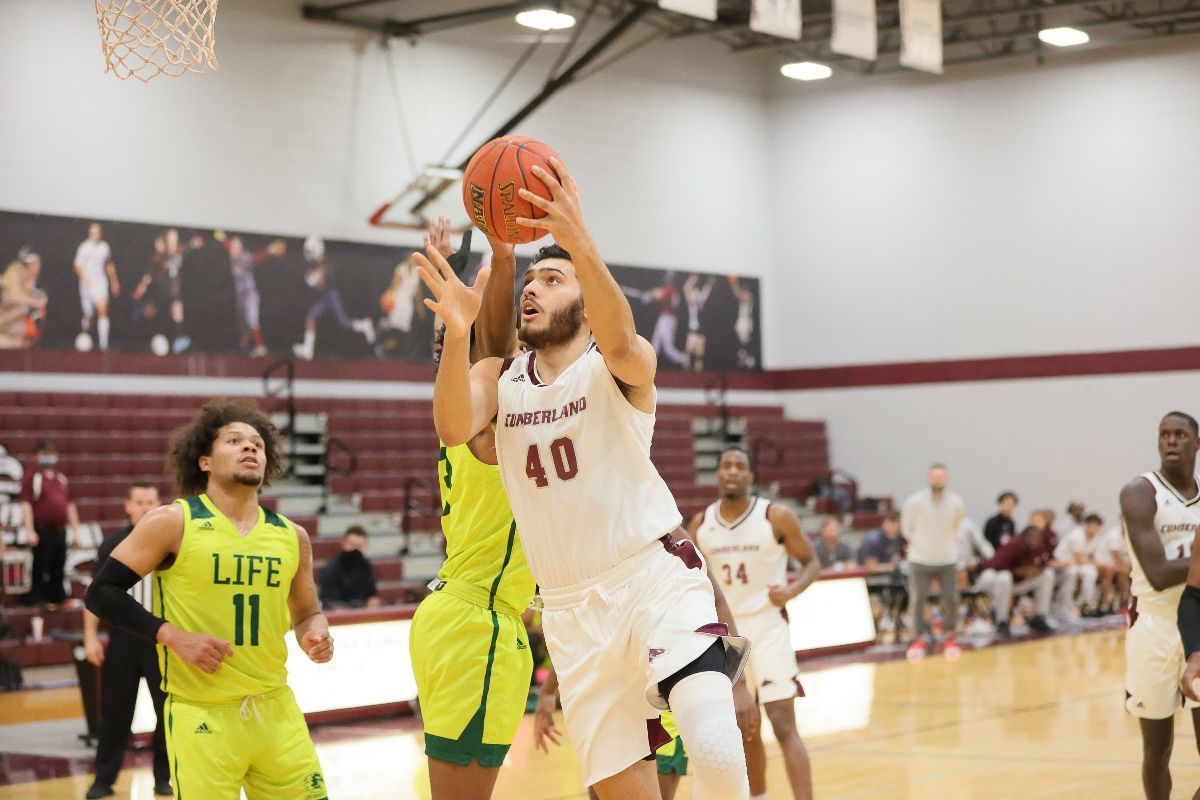 LEBANON, Tenn.--Phoenix men's basketball were trailing Life 60-50 with 8:06 to play, but Cumberland went off for a 14-2 run over the course of the next two minutes to flip the script and give them their first lead.

Life momentarily took the lead after Nathan Presnell drained a triple, but Cumberland's next possession Isaac Stephens threw up a wild shot as the shot clock expired to regain the lead. Presnell got a tip-in to go for 67-66 Running Eagles advantage. Stephens drew a foul on the other end and hit both from the charity stripe with 1:41 to play.

Cumberland got two stops defensively as they forced Jordan Hernandez to take a deep three, but Life came up with an offensive rebound after it bounced out of bounces off of Jaylen Negron. Life held it until the shot clock was low, but Isaiah Hart missed a jumper and Nassir Coleman pulled in a huge defensive rebound.

Life forced a couple of fouls before sending Tavon King to the line with 11 seconds. King knocked down two clutch free-throws to give CU a 70-67 lead. On the ensuing inbound James Moore tried to roll the ball to preserve time, but King snatched it off the ground and tried to draw a foul on a layup, but missed the shot and went out of bounds to give Life one last chance.

Life got it to Presnell for one last shot at tying it, Presnell threw up a deep three from the halfcourt logo that went off the side of the rim as time expired for Cumberland to win 70-67.

Cumberland picked up their first win in the Mid-South Conference tournament since rejoining the conference in 2012-13.

Cumberland (10-12) shot 47.5% from the field but struggled from beyond the arc only making five triples. Cumberland outrebounded Life 37-34.

Life (9-11) went 27-of-64 from the field while making eight three-pointers. The Running Eagles struggled to get to the line only seeing eight attempts and making five of them. Life did a good job at controlling the ball all game only allowing five turnovers.

Isaac Stephens led the way going 9-of-9 from the field for a game-high 20 points with nine rebounds. Tavon King posted 16 points and 7-of-8 from the charity stripe including the two to seal it at the end. TJ Stargell finished with 11 points and four assists. Jaylen Negron also finished in double-figures with 10 points on 4-of-8 shooting.

Cumberland will advance to the Mid-South Conference Quarterfinals on Sunday and face top-seeded Shawnee State at noon CST. Cumberland split the regular season with the Bears, they were the only team in the conference to defeat Shawnee State this season.