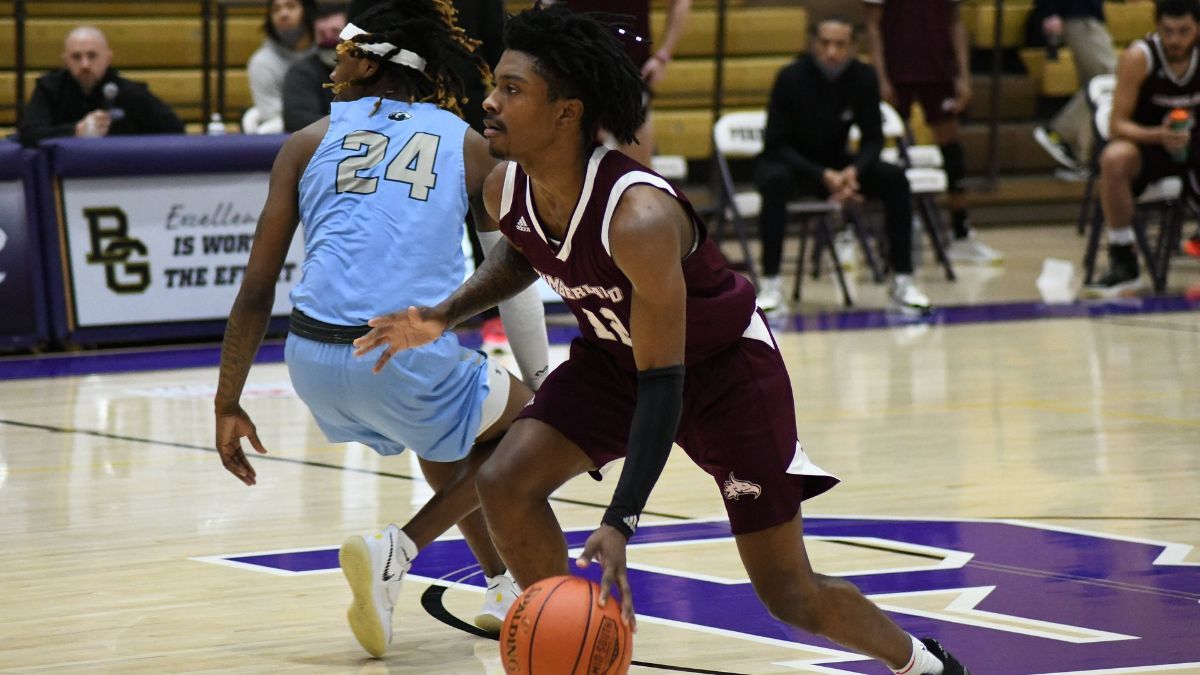 BOWLING GREEN, Ky.--Cumberland fought from behind all game and trailed by as much a 22. The Phoenix battled to cut it to a single-digit deficit in the closing minutes, but the Bears knocked down their free throws to win 90-75 in the Mid-South Conference Quarterfinals.

Cumberland (10-13) went 25-of-72 from the field and went 11-of-27 from three. The Phoenix were outrebounded by Shawnee State 47-35, but forced the Bears into 17 turnovers a plus margin of seven. Shawnee State outscored Cumberland off the bench 43-12.

Tavon King led CU in scoring with 17 points on 6-of-18 shooting and had three assists. Isaac Stephens finished with 16 points on 5-of-16 shooting with nine rebounds. Tyler Byrd scored 15 points with six rebounds. TJ Stargell added 15 points with four assists and five boards and Jaylen Negron scored eight off the bench with two triples.

Shawnee State (23-2) went 32-of-67 from the field and made 12 three-pointers, one more than Cumberland. Shawnee State had a plethora of Bears score in this game led by Miles Thomas and James Jones with 16 points. EJ Onu and Amire Gilmore each added 12 points while Gilmore posted a game-high 12 rebounds.

The Bears length caused several problems for the Phoenix as Shawnee State registered nine blocks in the game.

After Gimore scored the first points of the game for the Bears, King hit a stepback two to tie the game. After Stephens converted one-of-two from the line Onu scored the next five points in the paint and from deep to give Shawnee a 7-4 advantage.

After a two, Wells drains a three to put Shawnee up 12-5. The Phoenix went on a 5-0 run as Byrd hit five straight points and a triple, but Miles Thomas ruined it with a transition three to bring us to the media timeout, 15-10 Bears led with 11:57 left in the half.

Cumberland and Shawnee State traded points, before Shawnee went on a 5-0 run to go up by 10, 22-12. Both teams have really settled in at this point and the shots began to fall for both teams as they traded points on the next six possessions to make it a 29-17 Bears lead.

Onu finished at the rim and Cumberland passed it out to Stargell for a triple. Shawnee State got four straight points just before Nassir Coleman got a huge offensive board diving on the ground and they dished it out to Stephens for the and-one. James Jones scored his first points of the game and the Bears got a stop and dished it out to Abergut for a three from the corner as the Bears led 40-27.

Stephens knocked down two free throws, Shawnee State hit another three-pointer, and Stargell picked the Bears pocket for a fast break layup. Jones hit a baseline jumper to bring us to half. Shawnee State led 45-31.

Byrd and Jones traded threes on the first possessions of the half. Coleman scored down low to force Shawnee State into a timeout.  Jones and Stephens traded two-pointers to keep it at a 12-point deficit, 50-38.

Jaylen Negron drained a triple to make it a 10-point game, but Carlisle slammed one home right after. King hit two from the charity stripe, but Kobie Johnson drained a three-pointer on the next possession. The three sparked a 9-0 run for the Bears forcing CU into a timeout trailing 72-53 with 7:53 left.

Cumberland went one a five point swing out of the timeout as Negron drained another three and the Phoenix got a turnover for a fast break alley-oop to Byrd, but Shawnee State was just too much to overcome as they would seal the deal and close the game out for the Bears.

The Phoenix will have to wait and see if they get a bid to the NAIA National Tournament.