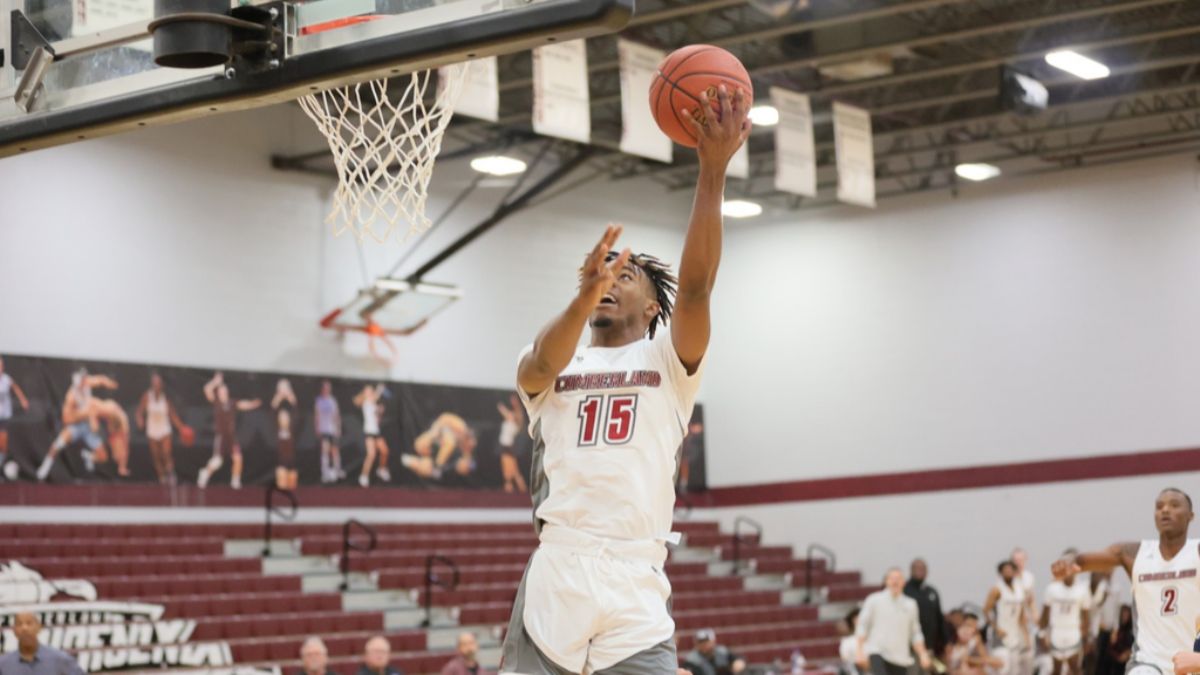 LEBANON, Tenn.--Phoenix men's basketball post a 95-84 win on Monday evening in their home opener as Cumberland rolls away from the Ambassadors in the second half at the Dallas Floyd Phoenix Arena.

Jordan Stephens and Tavon King led the way for Cumberland, each notching 18 points a piece. Stephens went 7-of-11 from the field off the bench and King went 6-of-9 and made two three-pointers.

Cumberland forced the Ambassadors into 24 turnovers that turned into 36 points. The Phoenix pushed their lead up to as much as 23 with 3:12 left before Oakwood posted a 16-4 run in the last three minutes of action.

Oakwood (4-7) outrebounded the Phoenix 42-28 and picked up 19 offensive boards that turned into 26 second chance points. 42 points came from inside the paint.

Cumberland came out slow in the start of the game allowing Oakwood to get up 10-4 after four minutes. A jumper by Milton Brown, a layup from Dorsey and a three from Booker put Oakwood up by nine, 17-8 after eight minutes, their largest lead of the game.

After the media timeout, Cumberland turned up the tempo and forced Oakwood into turnovers in the backcourt to jumpstart a 13-0 run. Stephens made two fastbreak layups, Byrd threw down an alley-oop and made a jumper in the lane and Stargell hit two free throws to to take the lead 23-20 with 8:42 left in the half.

Byrd made two more baskets over the next three minutes, but Oakwood hit a three and two jumpers to take a 29-27 lead. Cumberland answered with a 10-2 run as Negron and Ridley hit back-to-back threes and King and Isaac Stephens scored in the paint. Cumberland would manage a five-point lead 40-35 at the break.

Out of the break, the Phoenix kept the intensity up and went on a quick 9-1 run to get up 48-36. Oakwood would cut it to a seven-point deficit, but King buried a triple in transition to put CU back up by 10 with 10:38 to go.

Cumberland exploded form this point to get up by as much as 23 and cruise to the win. Oakwood fought for a 16-4 run in the final minutes to make the final score 95-84.

The Phoenix will be back at home on Thursday to take on RV Thomas More at 8:00 p.m.