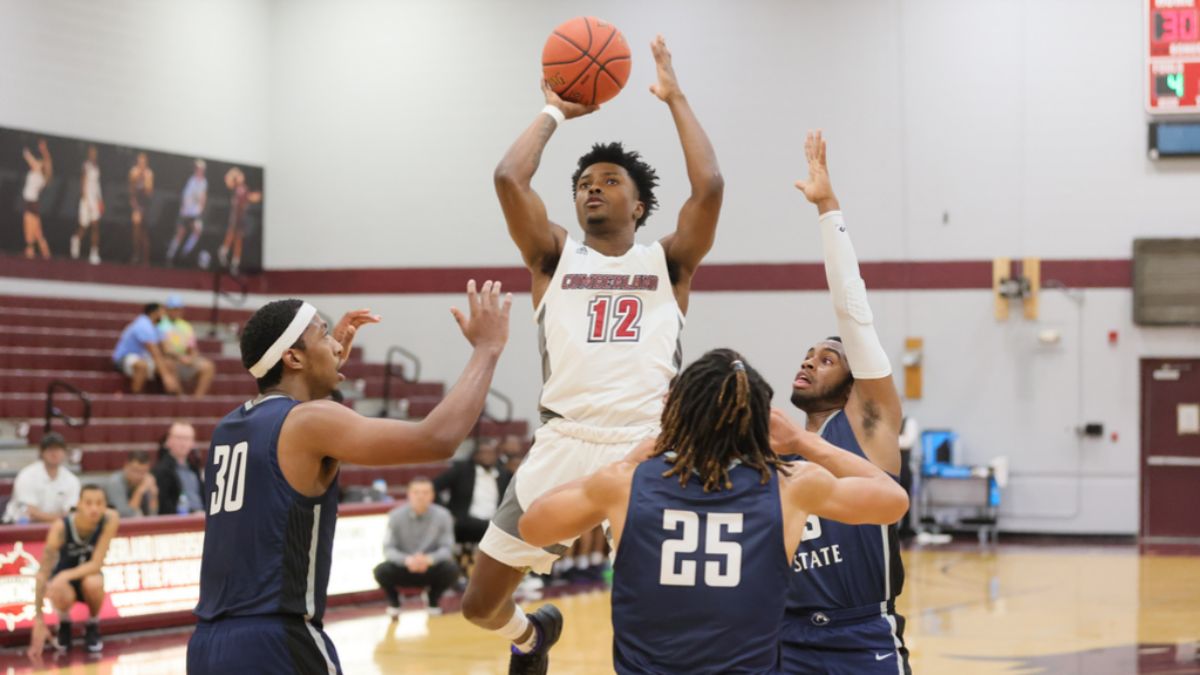 Tavon King driving to the basket in the win over Shawnee State (Credit: Steve Wampler).
Shawnee State at Cumberland | December 04, 2021

Shawnee State opened the game with a 7-2 run on the Phoenix, and CU rallied back into the game to tie it at 11-11 after free throws from Tyler Byrd.

Tavon King had quite the first half as he hit four straight three-pointers to give the Phoenix a commanding 43-29 advantage. Cumberland took a 46-32 lead into the break after a tremendous first-half shooting the basketball.

The Phoenix continued their solid play into the second half as they claimed a 20 point lead over the Bears with a layup from King at the 16:31 mark. Following a Malachi Johnson layup at the 11:13 mark in the second half, Cumberland led Shawnee State 67-49.

The Phoenix continued to keep the door closed on the Bears as they grew the lead 80-54 on a layup from King. The Phoenix high-powered offense kept adding points to the board as they went on to defeat the Bears 88-66.

Cumberland finished the game with a field goal percentage of 51 percent compared to 46 percent from Shawnee State. One of the biggest differences in the game was that the Bears went 1-16 from three-point range, while the Phoenix went 9-25 from three.

Leading the Phoenix in scoring was King who finished the night with 23 points on 9-13 shooting from the field. Four other Cumberland players finished in double-digit scoring, beginning with Tyler Byrd's 13 points, followed by Aaron Ridley's 11 points, TJ Stargell's 11 points, and ten points from Isaac Stephens.

Nassir Coleman led the Phoenix with 11 rebounds in the game, four of which came on the offensive glass. Ridley led the team in assists with three in 29 minutes of action.

Cumberland takes the court on the road on Thursday, Dec. 9 against Union University at 7:30 p.m.