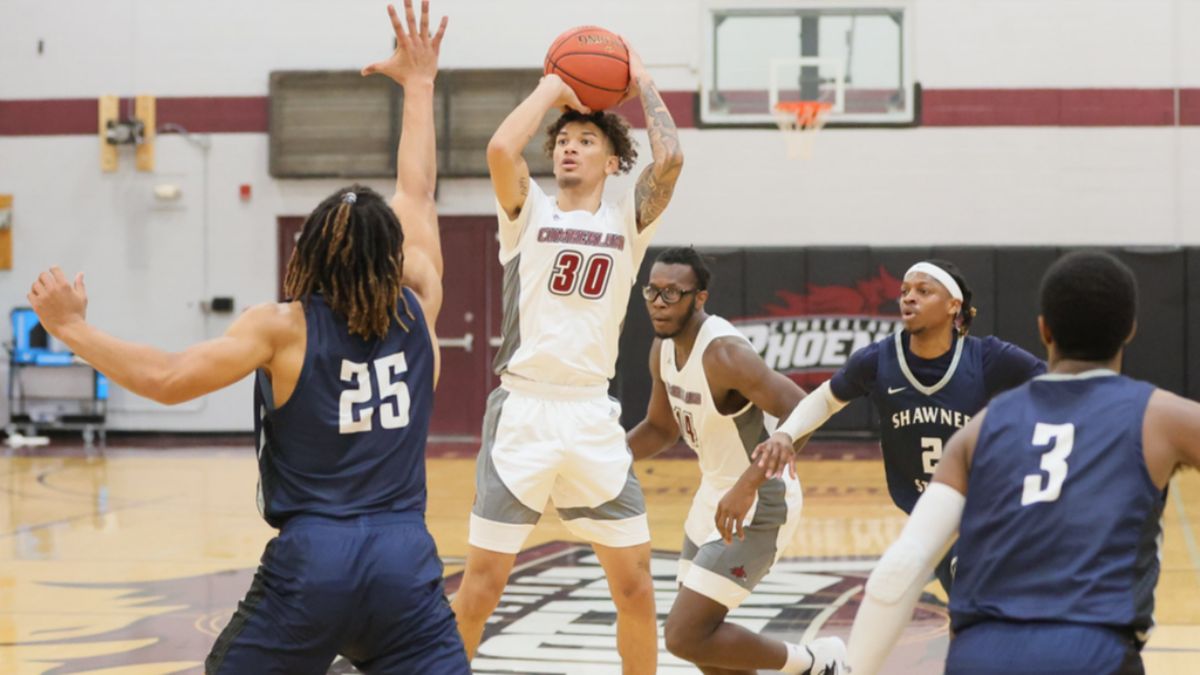 Cumberland (7-2) worked up a lead at the break and played solid defense to pull away from Union in the second half. Cumberland shut down the interior post play by the Bulldogs and had their best game of the season from the free throw line.

The Phoenix had five players in double figures led by Tavon King with 17 points on 6-of-11 shooting. Tyler Byrd and Aaron Ridley each had 12 points as Ridley led the team in rebounding with seven. Isaac Stephens scored 10 points with five boards and Jaylen Negron scored 10 off the bench for his first double-figure game of the season.

Union (8-1) suffered their first loss of the season as the game counts on the record for the Bulldogs. Union struggled from three and only scored six points off the bench.

Tyree Boykin dropped 27 points and hit five three-pointers and Hunter Vick scored 18 to combine for 45 of the team's 66 points. Union was outrebounded 39-37 and were outscored 32-18 in the paint. Ty Parks posted a game-high 11 rebounds.

Union started the game with a 5-0 run to go up 7-3 forcing Coach Lewis into an early timeout. The team responded to take the lead 11-10  two minutes later on King's first three-pointer of the game before boh offenses stalled to the under 12 media timeout.

Trailing 15-14 with 9:15 left in the half Cumberland jumped out ahead on a 10-0 run and never gave the lead back up. On the run, Isaac Stephens scored in the lane, Negron made a two, Byrd scored four, and King capped it with a jumper.

Boykin and Vick brought the Bulldogs back in it with 12 of the last 14 Union points in the half as Boykin went on a 7-0 run and Boykin scored five-straight to cut the deficit to 32-31 at the intermission.

Out of the half leading 36-35, the Phoenix went on a quick 11-2 run to put the Phoenix up by nine and the Bulldogs had to continue to play catch-up, but Jordan Stephens made a two and Negron buried a three and Cumberland was up 10 with 13:04.

Cumberland maintained that margin until Ty Parks made a layup and Boykin and Vick drained triples to cut it to six, but Cumberland had all the answers tonight and pushed the lead back out to 12 on a Byrd triple with just over a minute left.

Despite a Union push in the last minute, Cumberland held it together to get the upset win on the road over No. 15 Union 72-66.

Cumberland's last exhibition win came on December 2, 2009 over Hiwassee College 85-79. The Phoenix were 0-20 between the two victories despite none of them officially counting in the record books.

Cumberland will be back in Mid-South Conference play on Thursday against Campbellsville at the Dallas Floyd Phoenix Arena. Tip-off is at 6:00 p.m.