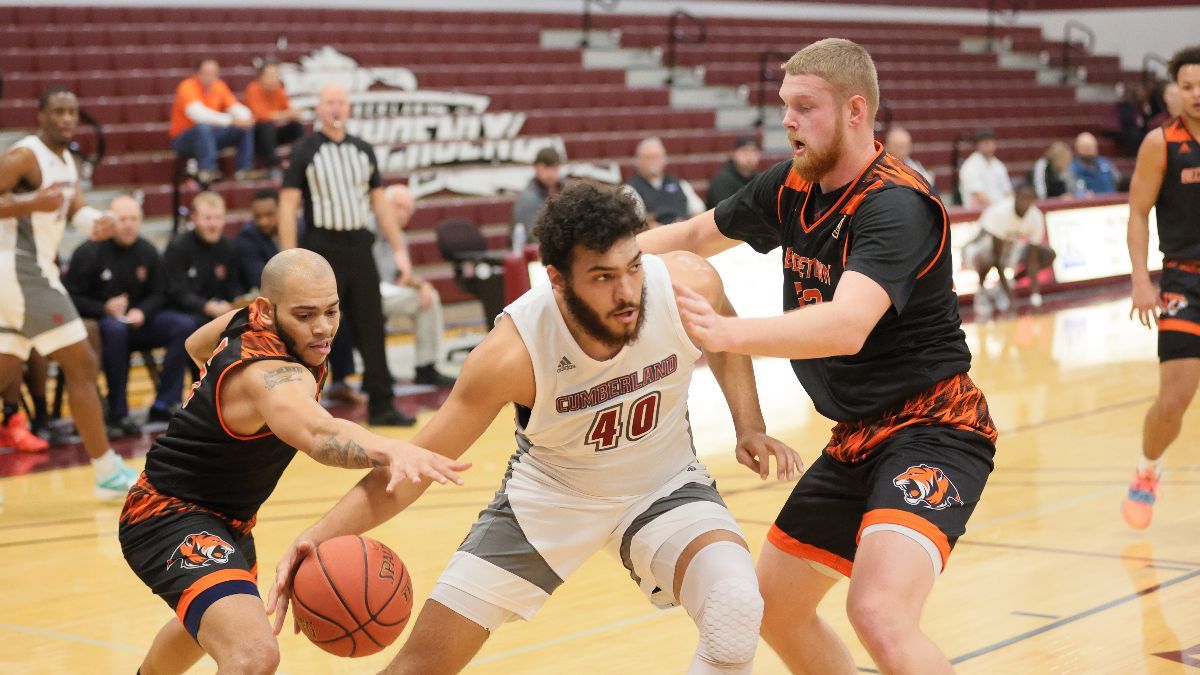 LEBANON, Tenn.-- Cumberland men's basketball gets off to a slow start in the matchup against Georgetown College falling 74-68 at home.

Cumberland (8-3, 3-3 MSC) could not find their rhythm early as they found themselves with a 16-6 deficit seven minutes into the game thanks to a pair of threes from Drew Lamont and a dunk by Derrin Boyd. A few layups by Nasir Coleman and Tavon King helped keep the Phoenix in the game early.

With Georgetown leading 23-14, it was Seth Johnson who made back to back threes for the Tigers and extended their lead to 13. Georgetown seemed to be in full control after going on a 15-6 run in the last seven minutes to take a 44-25 lead into the half.

The Phoenix finally found their form in the second half shooting 41.3% higher from downtown than they did in the first half. Cumberland started the second half on a 10-3 run forcing the Tigers to use a timeout and cutting the lead down to 47-35. Isaac Stephens responded after the timeout by throwing down a dunk and one possession later converting a tough layup on a fast break.

Every time the Tigers looked like they were pulling back away Cumberland kept fighting and responding.  Kelvin Jackson made three huge three-point shots to shut down multiple small runs from Georgetown bringing the score to 65-52. The Phoenix would end the game on a big 16-5 run in the last six minutes of the game. Aaron Ridley and Stephens combined for 14 of those points during the run as Georgetown held on to win 74-68.

Stephens led the Phoenix in scoring with a season high 18 while also tallying two steals and seven rebounds in the game. King had a big game off the bench scoring 17 points on 7-12 shooting and Ridley scored 17 points with a team high eight rebounds.

Georgetown (11-2, 4-2 MSC) was led by Derrin Boyd who scored 21 points while collecting seven rebounds and three steals in the win over the Phoenix.

When the Phoenix return from Christmas break they will go on the road to take on Lindsey Wilson College Monday, January 3rd.