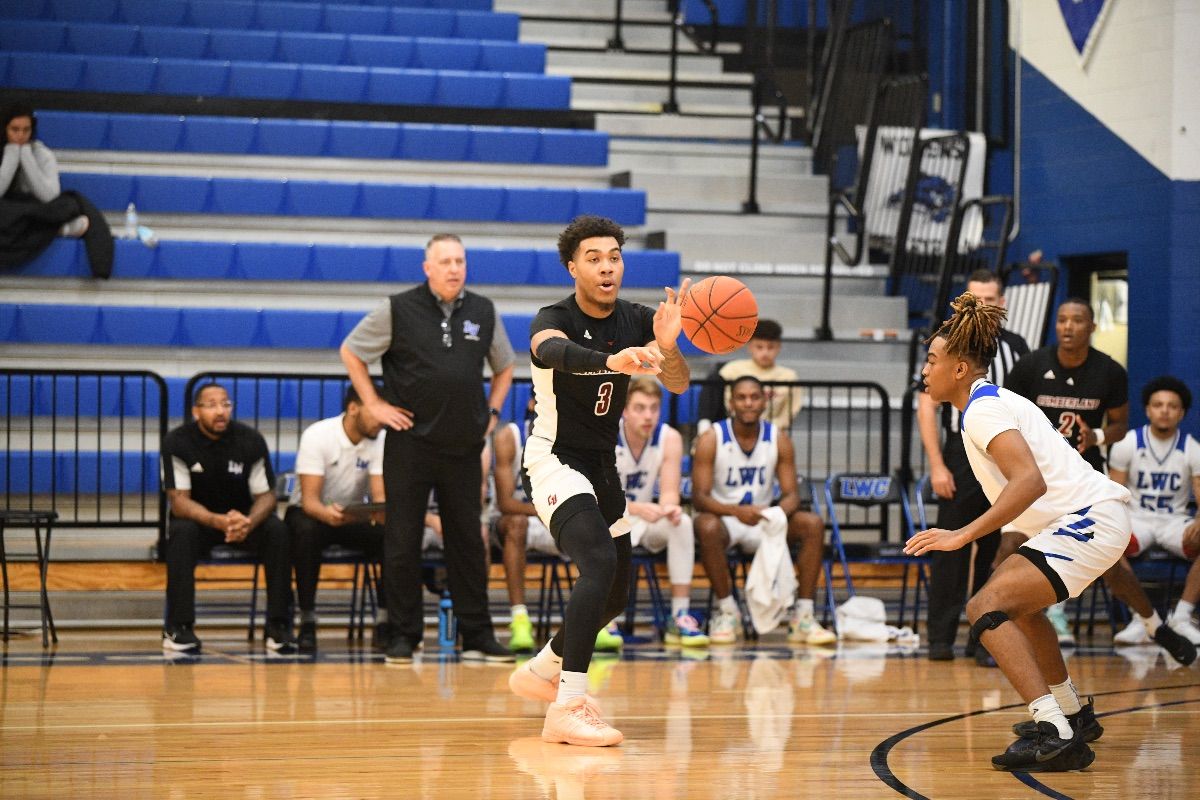 COLUMBIA, Ky.- Tavon King, Aaron Ridley, and Isaac Stephens each notched season-highs in a runaway 91-72 victory on the road against Lindsey Wilson.

King posted a season-high 30 points on 13-of-19 shooting and 3-of-7 from three. The 30-point game is King’s second of his career, his first coming last season when he scored 34 against Pikeville at home.

Ridley notched the first double-double of the season by a Cumberland player scoring 23-points and adding a season-high 11 rebounds. Ridley finished 8-of-13 from the field and buried 5-of-6 triples.

Stephens scored 20 points for the first time this season going 9-of-13 from the field while adding three rebounds.

Lindsey Wilson (8-7, 1-6 MSC) trailed early and tried to slow Cumberland’s momentum, but could only keep it to within three points at the half before CU took off.

Cumberland started slow in comparison to the second half taking a 37-34 lead into halftime. Lindsey Wilson went on a 9-0 run before the half closed to get back in the game heading to the break.

Out of halftime, Cumberland scored the first five points of the half as Ridley buried a triple and Stephens scored an easy two. The Blue Raiders responded with a dunk and three to bring the margin right back to three.

King scored the next five points for Cumberland with a Lindsey bucket in between to make it 47-41. The Blue Raiders would go on a 5-0 run over the next two minutes to get as close to lead as Lindsey would get at 47-46 with 15:32 to play.

Cumberland would go on an 10-2 spurt as Kelvin Jackson made a layup, Stephens added two points, Ridley knocked down two from the charity stripe, and King scored four.

Ridley would extend the lead out to 10 after a couple Lindsey Wilson baskets with a three form the corner going into the media timeout, 60-50.

After the timeout, King scored seven straight for Cumberland with a three and two layups to push the lead to 15, 67-52.

Cumberland will continue the away stand to start 2022 on Thursday at Tennessee Southern. Tip-off right now is set for 8:00 p.m., but may move up to 6:00 p.m. with the women’s game being canceled.