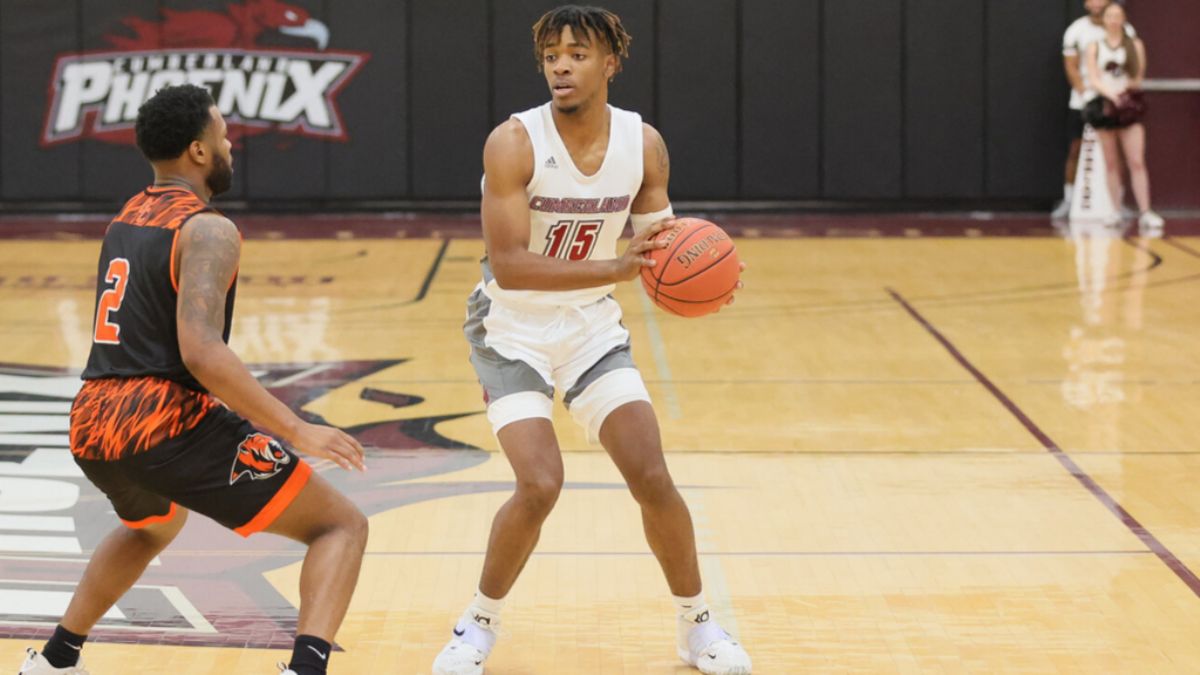 LEBANON, Tenn.--Jordan Stephens and Nassir Coleman both post season-highs to spark the regular-season sweep of Shawnee State on the road, 68-65.

Cumberland (11-4, 6-4 MSC) started slow allowing Shawnee State to take advantage of early offensive rebounds and points to get down 6-0 early. The Phoenix battled back to tie things at 8-8 after a pair of baskets from Tavon King and Isaac Stephens.

Back-to-back threes from Miles Thomas and Jaiden Guice gave the Bears a 16-13 lead before Cumberland stepped up the defensive intensity and exploded for an 11-0 run to give Cumberland their largest lead of the game with 7:09 left in the first half.

The Bears found some energy and returned the favor on 19-2 run to flip the script. Just before the half closed Jordan Stephens made one-of-two free throws and King dished a great pass to Coleman on a backdoor cut for two at the horn. Cumberland trailed 35-29 at the intermission.

The Phoenix found energy from Stephens off the bench and Coleman's effort in the second half to outscore Shawnee State 39-30. It took Cumberland just five minutes to rally from behind to tie the game at 43-43 apiece after King knocked down a pair of free throws.

The Phoenix went on a 5-0 spurt after Shawnee State scored one from the line highlighted by a huge three from Stephens in the corner. The Bears again came back with a 5-0 spurt from Elijah Bishop with a two and a three in back-to-back possessions before a timeout by Shawnee State with 12:01 left.

Cumberland again had a big lift from Stephens on a 8-2 run to give Cumberland the lead for the remainder of the game. Stephens hit three two-pointers during the stretch. Aaron Ridley got the last bucket of the game for Cumberland with a two with 2:28 left to put Cumberland up 68-62. Cumberland held on with defensive stops and survived two missed threes by the Bears in the final 15 seconds of the game.

Shawnee State was lead by Miles Thomas with 15 points and Jaiden Guice with 10 both off the bench.

Cumberland will stay on the road at Crestview Hills, Ky. on Saturday to take on No. 10 Thomas More. Tip-off is set for 3:00 p.m. central time.