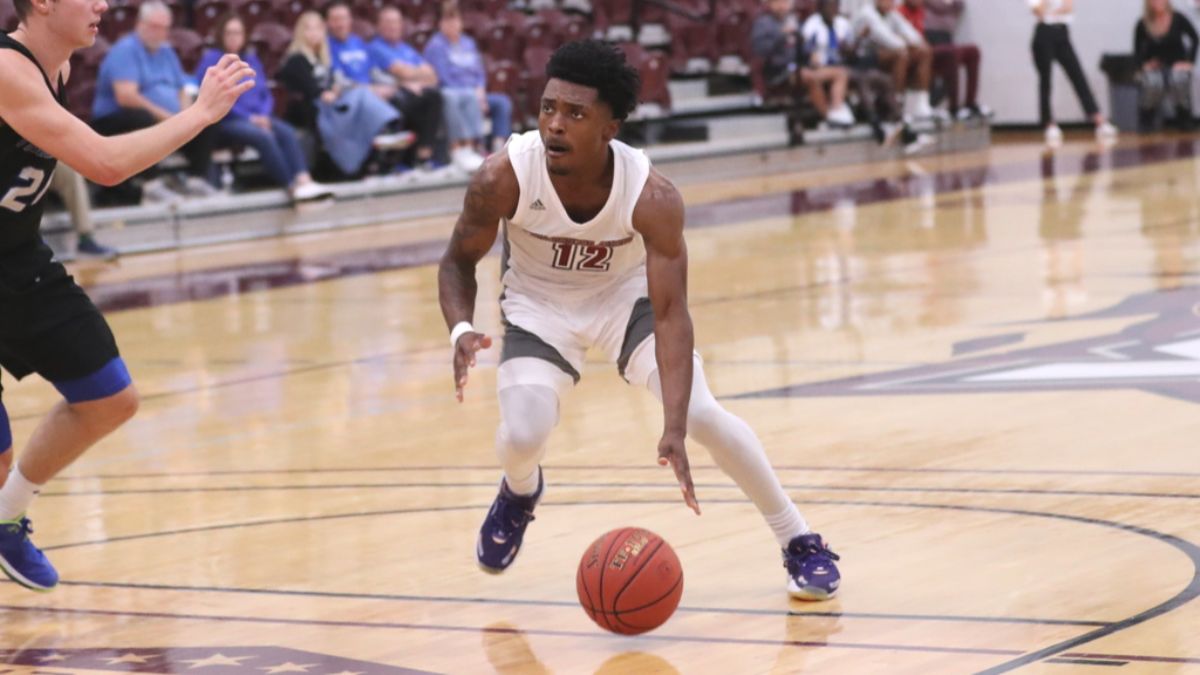 CRESTVIEW HILLS, Ky.--Tavon King scored a tough-two to overcome an 11-point deficit to take the lead with 1:31 to play. Thomas More's Luke Rudy answered with a three to take the lead and Ryan Batte iced the game with two free throws with 9.4 seconds to give No. 10 Thomas More the 70-66 win.

Cumberland (11-6, 6-5 MSC) did everything they could to keep pace with No. 10 Thomas More shooting 52.6% from the field and making five three-pointers. The Phoenix only made it to the free throw line two times hitting one in a very physical contest.

King posted a team-high 20 points on 8-of-13 shooting. He had just six points at the half, but everything came together for CUmberland's leading point scorer during the late run. King also had a team-high seven rebounds.

Thomas More (17-2, 11-1 MSC) makes it eight straight wins in the season as Batte led the way with 25 points. Reid Jolly came off the bench for 18 as the Saints shot 51.7% from the field with three triples, but made five free throws.

Each team battled to the first media timeout where Cumberland held a 12-7 lead before Gerren Bertsch sparked an 10-0 run to push Thomas More out to a 17-12 lead.

Cumberland cut it to a one-point game with two minutes left  in the after King hit one free throw before the Saints closed the half with two baskets to go up 36-32.

The first eight minutes of the second half Thomas More worked up an 11-point lead, their largest lead of the game at 55-44.

Cumberland worked it back to a four point game at 61-57 with just over five minutes left after King scored back-to-back baskets and Isaac Stephens scored on a jump hook in the paint.

Trailing 63-59, King buried a triple on the wing and then got the contested two to fall to give Cumberland the late lead. Unfortunately, it wasn't enough as Thomas More would regain the lead on the next possession with Rudy's three and held on to win.

Cumberland will look to bounce back on Monday at Life at 7:00 p.m. central time.