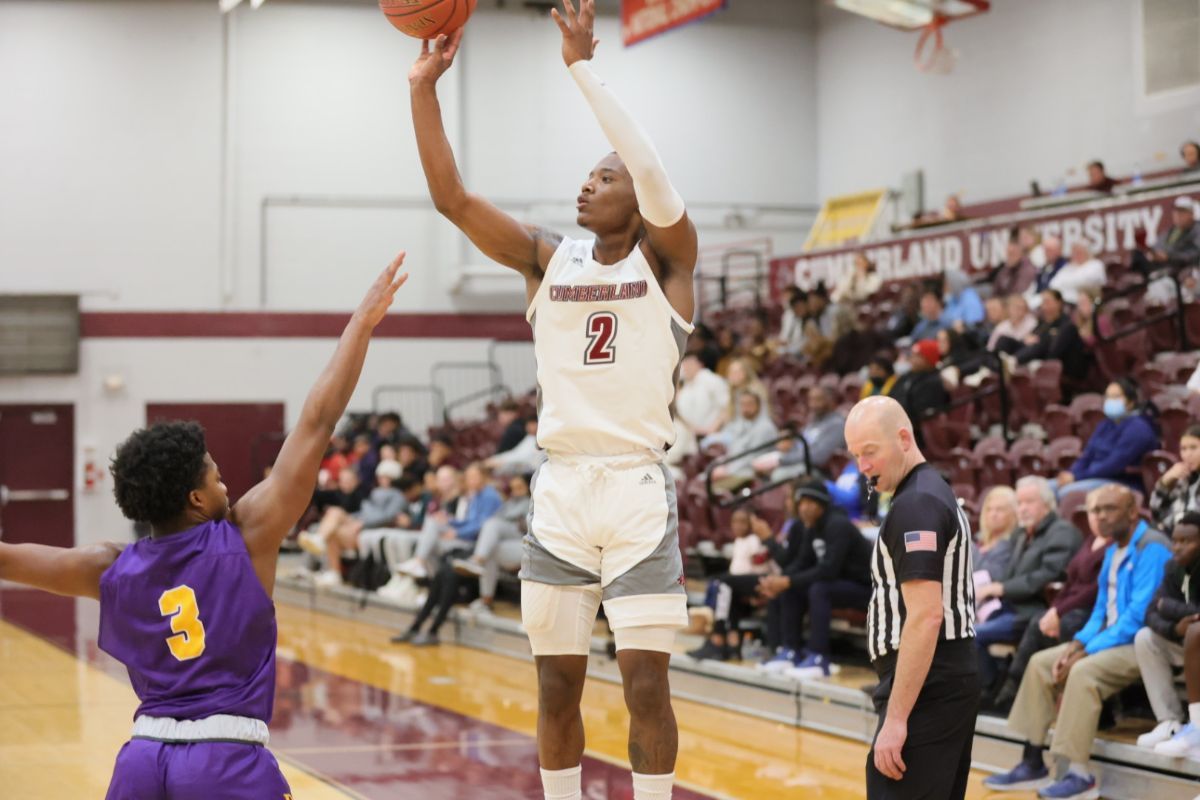 LEBANON, Tenn.--Phoenix men's basketball led by 16 with 4:40 to play before Bethel went on a 16-2 run to cut it to 68-66 with 22 seconds left. Cumberland held on with a stop and a clutch and-one by Isaac Stephens to ice the game and win 71-66 at the Dallas Floyd Phoenix Arena Thursday evening.

Cumberland (13-5, 8-5 MSC) led the entirety of the game only allowing Bethel to have a one-point lead at the halfway point through the first half. The Phoenix shot 50.8% from the field and Tavon King and TJ Stargell combined for the five three-pointers Cumberland hit.

Stephens posted his second-straight fouble-double leading the team in scoring with 19 points and a game-high 12 rebounds. Stargell found his stroke in the second-half scoring 16 points, 15 in the second half with three triples.

Cumberland's leading scorer Tavon King finished with 12 points, nine came in the first half. Nassir Coleman is finding his consistency on the offensive scoring 10 points. Malachi Johnson, Kelvin Jackson, and Tyler Byrd each added four points off the bench.

Cumberland jumped out to a big 8-0 lead to open the game. Bethel didn't let it get out of hand in the opening minutes. After a timeout, Bethel responded with a 6-0 run.

The Wildcats and Phoenix traded back-and-forth three and four point spurts until Bethel took their first and only lead at 25-24 with eight minutes left in the half. That lead stood for just one possession as King went back down and nailed a jumper. Cumberland pushed it out to as much as seven after that before Bethel scored the final bucket of the half to bring to 36-30.

Six minutes into the second half, Cumberland saw their lead evaporate to just a two-point game at 42-40, but then Stargell came to life scoring back-to-back layups with a King three after to extend the lead to 49-42.

Stargell and Stephens led a 15-6 run as Stargell scored 11 points and Stephens made two layups to push the Phoenix lead out to 66-50 with 4:40 to play.

Bethel never gave in and exploded for a 16-2 run to make it a one-possession game in the closing seconds. Cumberland got a big defensive stop and heave from Coleman to Stephens on an inbound play iced the game and gave Cumberland a 71-66 victory.

The Phoenix will be back at home on Saturday and look to avenge an early season loss to Freed-Hardeman at 4:00 p.m.