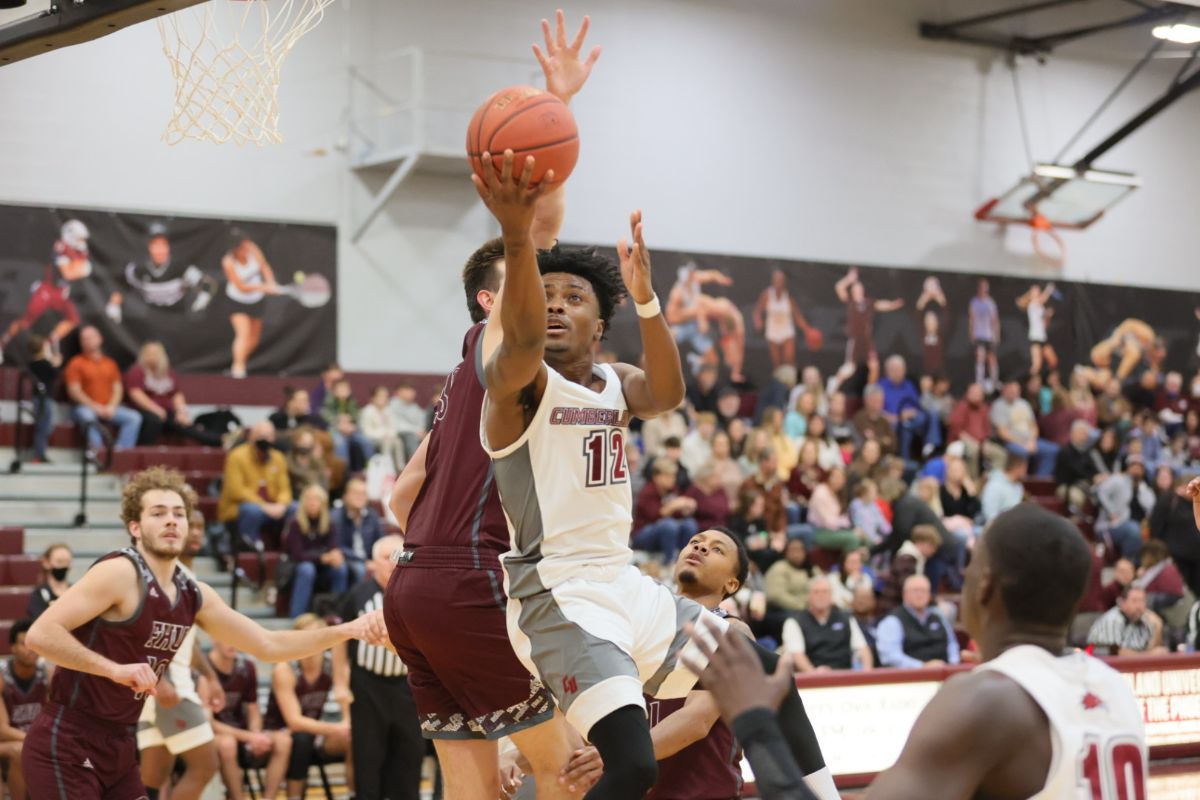 Tavon King went off for 17 points in the first half and finished with 21 in the win over Freed-Hardeman. (Credit: Steve Wampler)
Freed-Hardeman at Cumberland | January 29, 2022

Cumberland (14-5, 9-5 MSC) had it all working shooting 54.8% from the field burying nine three-pointers. The Phoenix outrebounded the Lions 36-23 including 10 offensive boards for 13 points. The Phoenix dominated the paint scoring 46 points in the lane. CU posted 18 assists their second-most in a game this season.

Tavon King had another 20 point game leading all scorers with 21 on 8-of-11 shooting with four triples. Isaac Stephens went a perfect 9-for-9 from the field for 20 points and added eight rebounds and three assists.

TJ Stargell is closing in on the all-time assists record picking up five more assists in tonight's game to go along with 12 points. Nassir Coleman scored eight with six rebounds and Aaron Ridley scored six on two threes.

Freed-Hardeman (12-9, 7-7 MSC) had their leading point scorer Kortland Martin shutdown by the Phoenix's tenacious defense. Martin came into the game as the second leading point scorer in the Mid-South Conference averaging 21.7 per game. Cumberland shut Martin down and held him to just two points on 1-of-5 shooting.

Ryley McClaren led the Lions in points with 11 and Hunter Scurlock scored 10 for the only two Lions in double-figures.

The Phoenix jumped out to a 5-0 lead with a two from Stephens on the opening possession and a triple from Stargell, but Freed-Hardeman answered with an 11-0 run. The Lions kept a six-point lead to 15-9 before Stephens made another tough two and King scored on a jumper and drained a three to go ahead.

Cumberland would keep the pressure up and pushed the lead out to as much as 31 before calling off the dogs in the final four minutes. The Phoenix would cruise to the finish line defeating Freed-Hardeman 80-57 snapping a three-game losing skid against the Lions.

Cumberland will be back in action in a big road game next Thursday at No. 13 Georgetown. Tip-off is set for 7:00 p.m. central time.