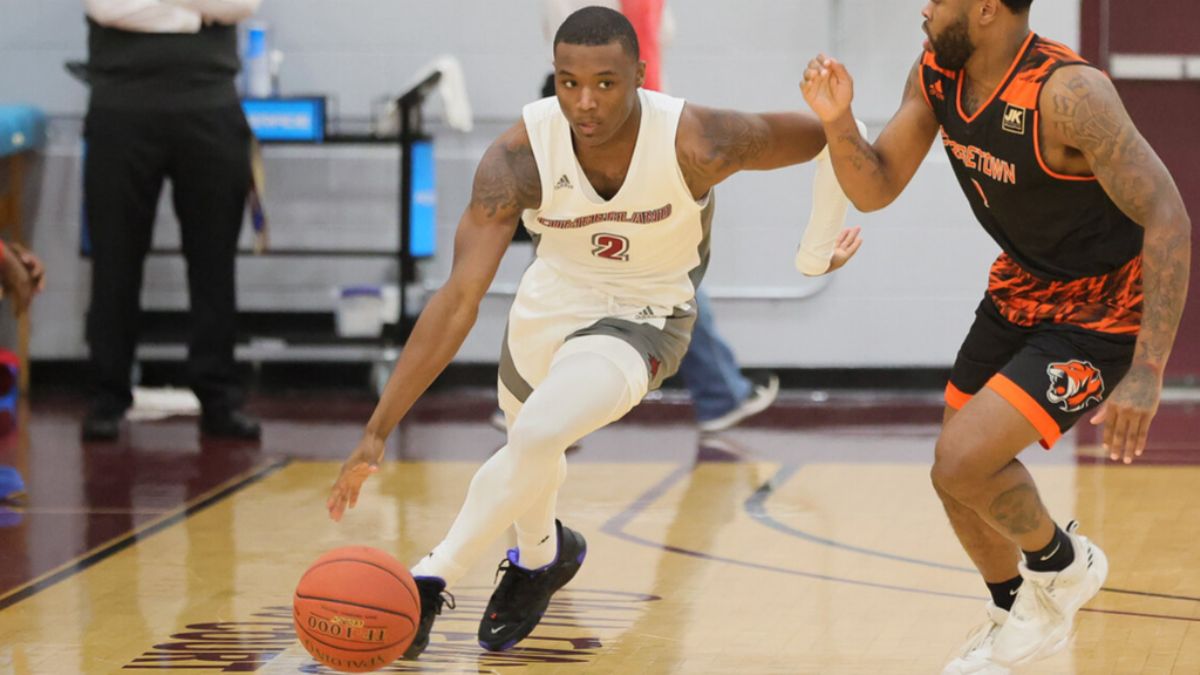 GEORGETOWN, Ky.--No. 13 Georgetown jumped out to a fast start and never gave up the lead once as they go on to win 73-63 at the Davis-Reid Alumni Gym Wednesday evening.

Cumberland (14-6, 9-6 MSC) fought hard after the slow start, but could not overcome the double figure deficit at the half. The Phoenix shot 40.3% from the field and hit eight triples. Cumberland outrebounded Georgetown in the game 34-31 and picked up 13 second chance points.

Tavon King scored 19 points before fouling out in the final minutes of the game. TJ Stargell hit four three-pointers for 12 points and added four assists. Isaac Stephens posted his third double-double of the season scoring 10 points with a game-high 13 rebounds.

Georgetown (20-3, 13-3 MSC) sweeps the season series with the Phoenix and holds down the No. 2 slot in the Mid-South Conference standings. The Tigers knocked down 25 shots from the field and nine triples to help build the lead.

Kyran Jones had a huge night to lead Georgetown finishing with 26 points and eight boards. The big man knocked down two three pointers.

Cumberland scored the first point of the game from the free throw line, but 1-0 was the only lead the Phoenix had all night. Georgetown exploded off the jump for 9-0 after that and then quickly expanded that to 21-6 by the five minute mark.

Cumberland responded and chipped at the lead with a 10-0 run and brought it to within two after back-to-back threes by Stargell to make it 24-22. An 8-0 following that for the Tigers pushed it out to 10 and Georgetown expanded that to 12, 40-28, at the break.

Out of halftime, Georgetown quickly pushed the lead out to 18 at 50-32 after just three minutes. Cumberland fought back with a 9-0 run as Stephens scored five points on the spurt to cut it to nine, 50-41.

Cumberland cut it to seven with 11 minutes to play and held that mark over the next two minutes before Georgetown again push it back to over double figures and go on to hold that margin for a 73-63 win.

Cumberland will look to bounce back on Saturday at Campbellsville. Tip-off is slated for 3:00 p.m. central time.