February 05, 2022 at 04:00 PM
Powell Athletic Center
Attendance: 300
Recap Boxscore
Phoenix hold on down the stretch to knock off Campbellsville, 83-76 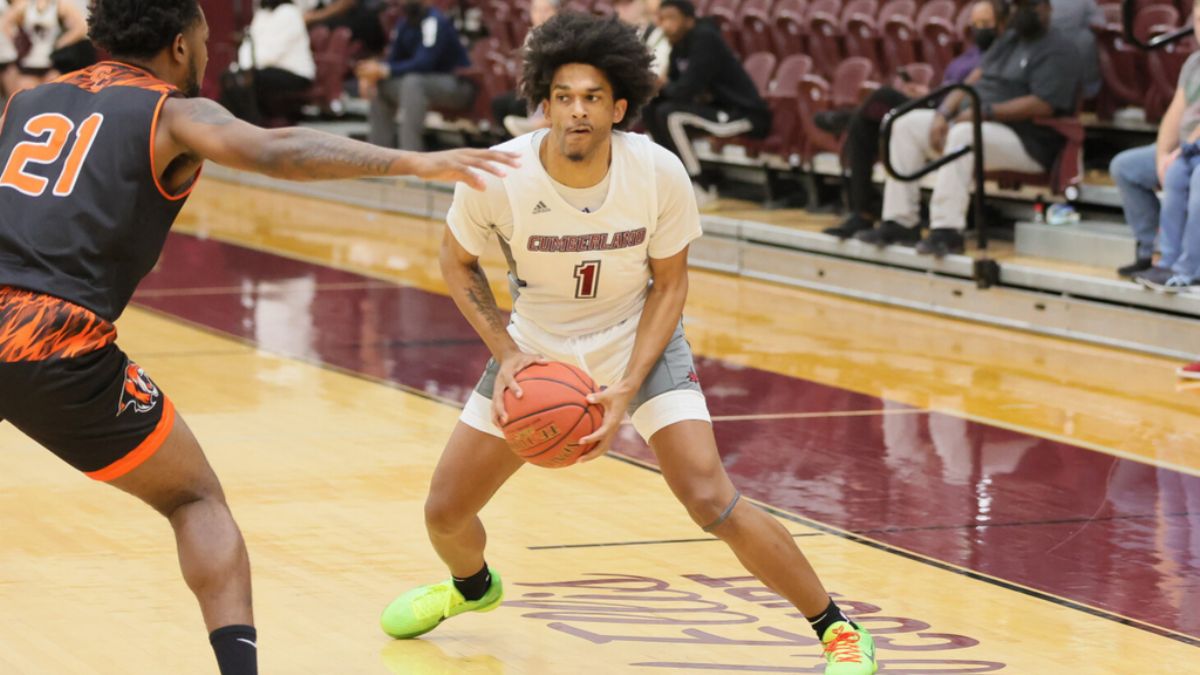 Kelvin Jackson led the charge off the bench with 17 points on 6-of-6 shooting. (Credit: Steve Wampler)
Cumberland at Campbellsville | February 05, 2022

CAMPBELLSVILLE, Ky.--Cumberland made big plays down the stretch to down the Tigers 83-76 on the road at the Powell Athletic Center Saturday evening.

Cumberland (15-6, 10-6 MSC) made big plays down the stretch to come up with the road win. The Phoenix shot extremely well from the field knocking down 32-of-54 shots for 59.3%. Cumberland knocked down 12 three-pointers and needed every one of them to hold off Campbellsville late.

Kelvin Jackson went a perfect 6-of-6 from the field with four three-pointers for a team-high 17 points. Aaron Ridley scored 15 to end a drought of double-figure scoring games for the senior. Isaac Stephens finished with 15 and six rebounds.

TJ Stargell buried a triple on the first possession of the game, but on the other end Weining answered it early. After a couple of high-low moves with Stephens and Coleman for two pointers, Tavon King drained a three to put Cumberland up 11-6 in the early going.

A back-and-forth battle brought it 35-35 with 2:43 left in the half before Kelvin Jackson came to life knocking down back-to-back threes and tough two by Ridley closed the half on an 8-0 run for a 43-35 advantage.

Campbellsville jumped out in the second half to grab the lead quickly with a 16-7 run through the first seven minutes. Jackson again stopped the run with a big layup to regain the lead and CU scored two from a layup from Stargell.

Peyton Broughton made a two and Jackson yet again showed up when we needed a big three from the wing. Cumberland held a five-point margin until the three minute mark when De Sousa hit two from the charity stripe to cut it to a one possession game.

On the other end, Isaac Stephens hit two from the line and Stragell buried a deep three from the corner to swing the momentum to the Phoenix. Nassir Coleman made a highlight two to push it out to nine. Campbellsville scored four points in 11 seconds to put them in striking distance, but Ridley had a big time flush to solidify the 83-76 win on the road.

Cumberland will be back at home on Monday against Lindsey Wilson. Tip-off is slated for 8:00 p.m.