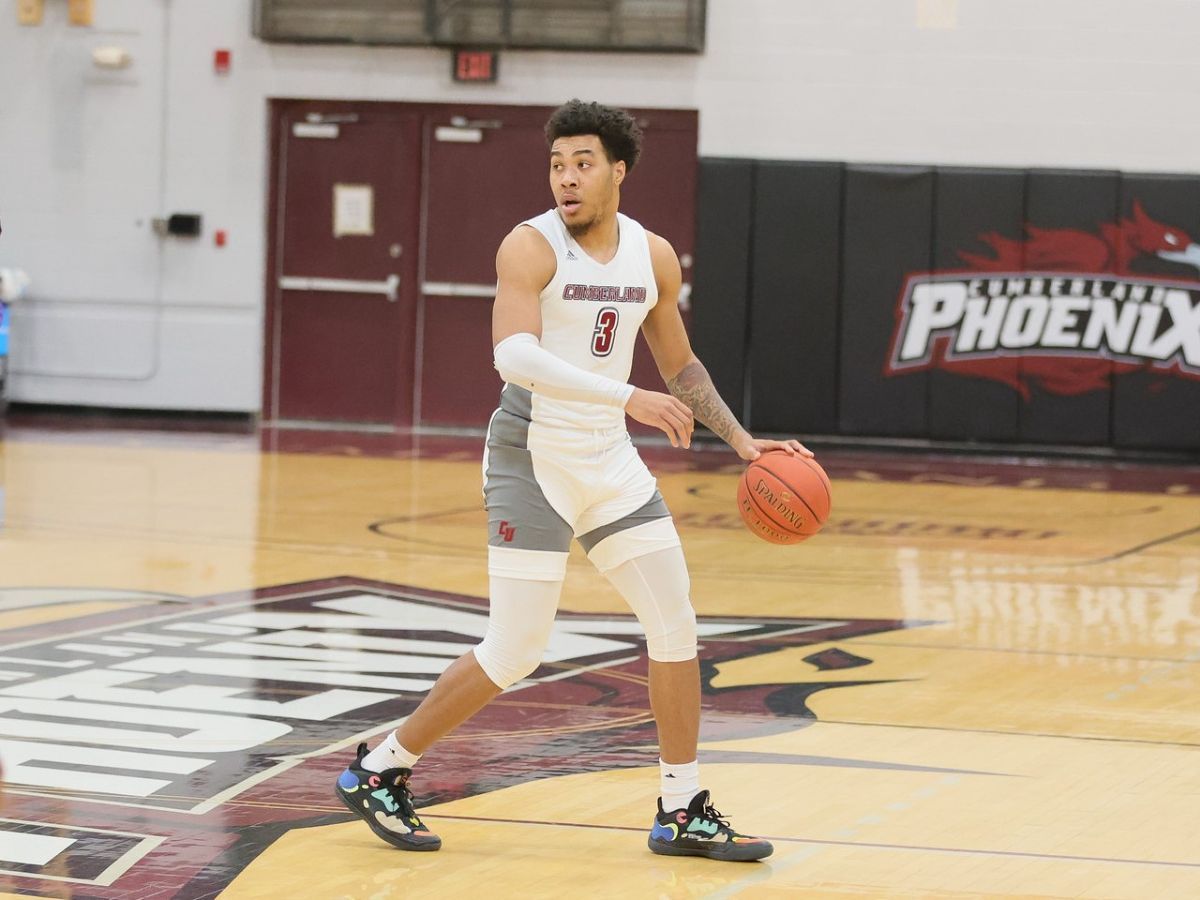 Cumberland opened up the first half with points on two of their first three possessions. Isaac Stephens started the game with a hard-earned bucket down low, and TJ Stargell followed that up with a three-ball on the following possession to lead 5-0. The Phoenix led 8-5 after a three from Tavon King, but Life scrambled and took their first lead of the contest 9-8 after two quick transition buckets. The Running Eagles held a 19-10 lead over the Phoenix at the under ten-minute mark in the first half, but Cumberland cut into the lead 21-16 with 7:36 remaining.

CU held Life scoreless for three minutes of basketball, allowing them to make it a one-score game at 21-20 following a layup by King. At the 2:09 mark, Nassir Coleman did a great job to draw the foul and get the bucket before converting the three-point play to give the Phoenix a 27-25 lead. Stephens and King added two buckets in the last 44 seconds of the half to give CU a 31-27 advantage heading into the break.

Cam Horton of Life scored the first four points of the second half to tie up the game at 31-31. Stargell promptly responded with a deep three, allowing the Phoenix to retake the lead 34-31 over the Running Eagles. With 15:23 remaining in regulation, Stephens went to work in the paint with two layups in 15 seconds to push the Cumberland lead to ten points at 43-33. Aaron Ridley and Coleman followed suit with two buckets of their own to give the Phoenix a 14 point lead with 14 minutes left to play.

Cumberland led Life 57-42 with ten minutes remaining in the game after coming off the bench and converting a layup. By the under the seven-minute mark, the Phoenix led the Running Eagles 67-47 after an Aaron Ridley made layup. The Phoenix went on to win the conference matchup against Life 77-56.

The Phoenix improved their shooting from the first half as the game went on. CU shot 54.2 percent (32-59) from the field on the game and a whopping 72.4 percent (21-29) in the second half. Cumberland finished the game going 27.3 percent from three. The Phoenix also outrebounded the Running Eagles 37-34 on the day. As a team, The Phoenix also totaled 22 assists on 32 made baskets.

Isaac Stephens and Aaron Ridley were the team's leading scorers in the victory with 16 points each. Ridley had eight rebounds, two assists, and three steals, while Stephens posted seven rebounds, three assists, and two blocks in 26 minutes of action. Tavon King and TJ Stargell were the other members of the Phoenix in double figures as King finished with 14 and Stargell finished with ten points. Nassir Coleman had a solid all-around day with seven points, seven rebounds, five assists, three steals, and one block.

Cumberland is back in action tomorrow afternoon at home against RV Tennessee Southern in their last game of the regular season. Senior Day festivities will take place before tipoff.