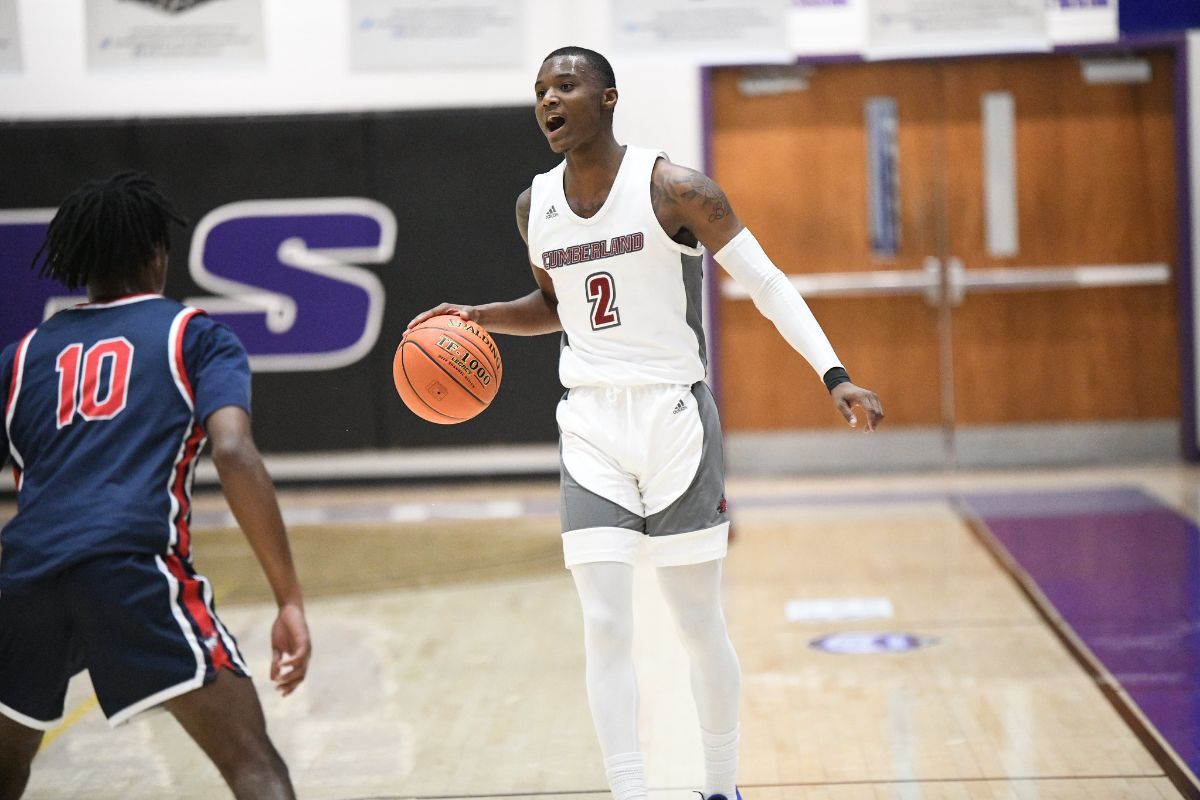 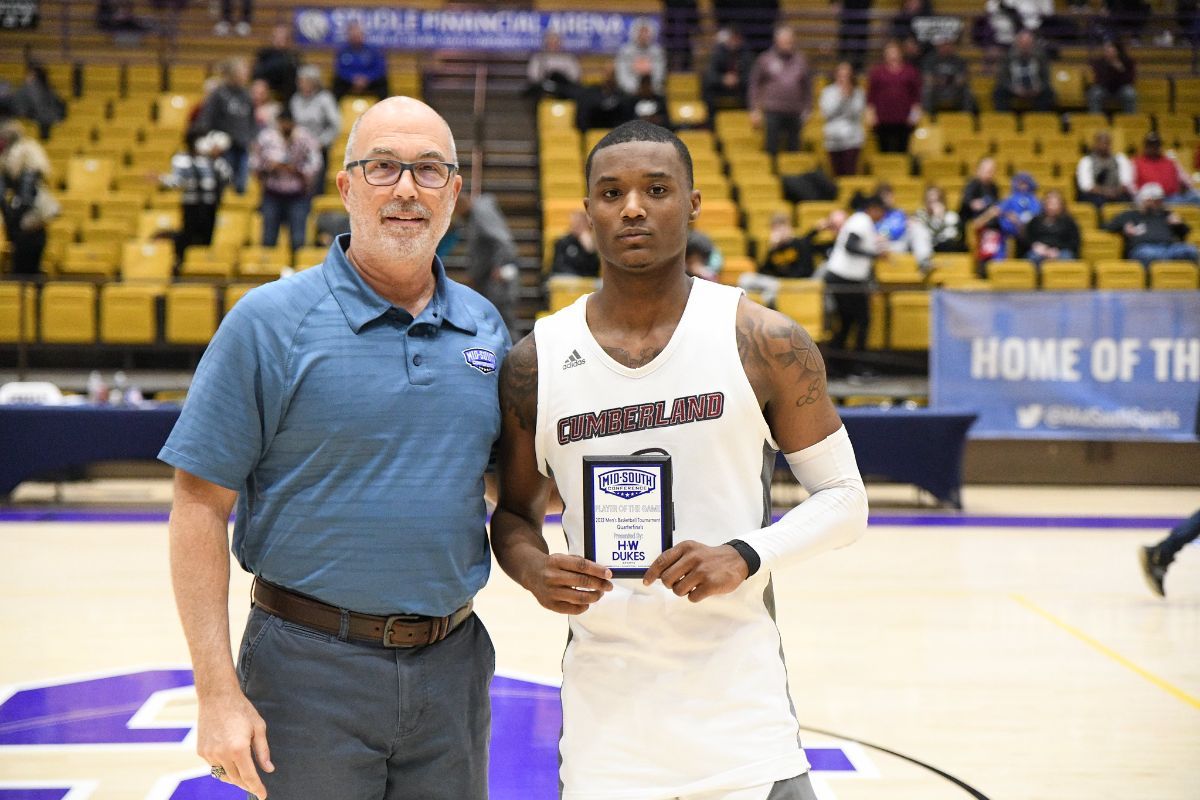 Cumberland fends off the Patriots, 68-67, to pick up their first win in the Mid-South Conference Quarterfinals since joining the league in 2012-13. Phoenix advances to take on top-seeded and No. 5 in the NAIA Thomas More tomorrow at 5:30 p.m.

TJ Stargell was presented the player of the game award following the win after scoring a career-high 22 points on nine made field goals, two three-pointers, and four steals.

Cumberland (21-7) gutted this out after a slow start to the game. The Phoenix shot 41.3% from the field and went 6-of-16 from deep. The Phoenix made 10 free throws which proved to be big down the stretch.

Isaac Stephens was big in a lack-luster first half for Cumberland scoring 10 points in the period. He finished with 13 points and six rebounds.  Tavon King was held scoreless in the first half, but scored 14 points in the second half. Aaron Ridley scored just five points, but contributed with nine rebounds and tied for the team-lead in assists with four.

Cumberlands (20-12) had big days out of their all-conference performers, Jahi Hinson and Steven Fitzgerald. Hinson finished with a team-high 21 points on 9-of-12 shooting and Fitzgerald scored 14 points.

The Patriots jumped out to a 12-0 lead as Cumberland fell into a scoring drought in the first five minutes. A 30-second timeout reset the timing for Cumberland as the Phoenix went on a 9-0 run to get right back in the game. Lamar Harris broke the run by Cumberland with an emphatic slam dunk.

The Cumberlands was able to push it back out to a 12-point lead just before the second media timeout, 31-19 with 4:20 left. After trading baskets both ways Cumberland stepped up the defensive intensity and forced turnovers to close the half on a 13-0 run to take the lead. Stargell scored the final nine points of the half for Cumberland.

To open the second half, the momentum stuck with the Phoenix as CU finally got Tavon King going. King drained a triple on the first possession of the half and used that to score eight straight points for the Phoenix to hold onto a 42-41 lead. Stargell scored two straight baskets to give Cumberland their largest lead of the game and force the Patriots into a timeout.

Fitzgerald and Lamar Harris made back-to-back twos to make it a one-possession game again, but Stargell buried his second three pointer to push it back out to four. The Phoenix were able to extend the lead to as much as eight points at 59-51 before Cumberlands stormed back.

The Patriots went on a 10-0 run to regain the lead at 61-59 with six minutes to play. Coleman stopped the run with a reverse lay-in to tie things up. The next possession down, Stargell knocked down two free throws and Isaac Stephens made one-of-two to push it to a three-point game with 4:00 minutes remaining.

Hinson converted two free throws before King answered with a tough lay-in to keep it 66-63 Phoenix. Hinson again went down and scored for a one-point game with just over 2:30 left. Stargell found space on the next possession at the free throw line for the two for the last points of the game for Cumberland with 2:24 left.

The defensive intensity stepped up on both ends as neither team could score for the next two minutes. Trailing by three with 18 seconds left, the Patriots had a chance to tie it and Cumberland ran them off the three-point line forcing Hinson to settle for a two with three seconds left.

A foul sent Stargell to the line for a chance to extend it to a three-point game, but two missed free throws kept it at 68-67 with 1.8 seconds remaining. The Patriots had an errant pass on the inbound and Cumberland escaped with a one-point win.