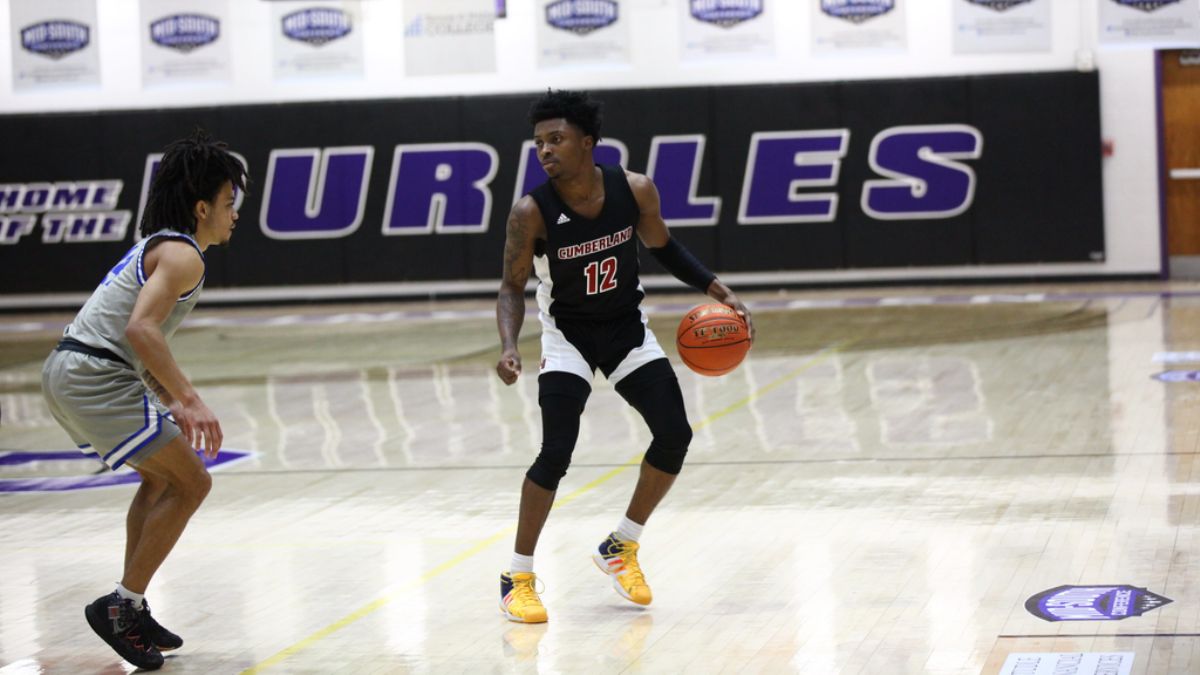 BOWLING GREEN, Ky.--Cumberland jumped out to a 50-44 halftime lead, but the Phoenix suffered a seven minute long scoring drought allowing No. 5 Thomas More to erase the deficit and win 85-79.

Cumberland (21-8) fired on all cylinders in the first half knocking down 63.2% from the field with eight triples. Thomas More tightened up their outside defense and Cumberland was held to just two more three pointers and struggled to even score points down the stretch.

Tavon King led the charge with 26 points, 16 came in the first half. King hit three triples and hauled in six rebounds. Aaron Ridley scored 19 points on 8-of-13 shooting. Tyler Byrd added 13 points off the bench and Nassir Coleman scored 10 points with seven rebounds.

Thomas More (27-3) played their basketball all night and had two 20-point scorers in Ryan Bette and Jacob Jones. Batte finished with 29 points and Jones scored a career-high 23 finishing 9-of-10 from the free throw line.

Ridley scored the first five points for Cumberland to jump out to a 5-4 lead. The Phoenix went on a 5-0 spurt as King splashed a three and Coleman hit a jumper at the horn for a 10-6 lead. Leading 12-8, Ryan Batte and Jacob Jones made back-to-back twos to tie at 12-12 after five minutes of play.

After King made two from the free throw line to make ot 21-20 Thomas More, the Saints went on a 6-0 run as Jolly connected on two jumpers forcing the Phoenix into a 30-second timeout.

Out of the timeout, King and Byrd drilled back-to-back three pointers to cut it to three. Jolly hit another tought two and King answered with a lay-in. Batte hit two from the charity stripe up by five and King hit his second three ball to cut it back to two. The margin stayed there until Ridley hit a lay-up to tie the game at 38-38 with 4:19 left in the half.

The Phoenix were able to go up by three after back-to-back triples by Byrd and Jordan Stephens and were able to push it out to six at the break leading 50-44.

Out of the break, Cumberland jumped up by eight with an emphatic slam by Coleman to force Thomas More into a timeout trailing 56-48 with 17:46 left.

Phoenix held the eight-point lead until the 12:49 mark when the Saints went on a 7-0 run with four points by Noah Pack and a three from Batte. King answered with a triple to push it back to 65-62, but that was the last bucket for the Phoenix for the nest seven minutes of game time allowing the Saints 74-65.

King finally broke the drought with two free throws and an and-one by Byrd cut it to 74-70, but Thomas More scored four points on the next two possessions to push it to eight with 1:32 to play.

Cumberland tried to make it sloppy by sending the Saints to the line down the stretch, but Thomas More held it together to win 85-79.

The Phoenix will await an at-large berth to the NAIA National Tournament released next Thursday at 7:00 p.m.

Thomas More advances to the Mid-South Conference Tournament Championship game played tomorrow against the winner of Shawnee State and Georgetown.