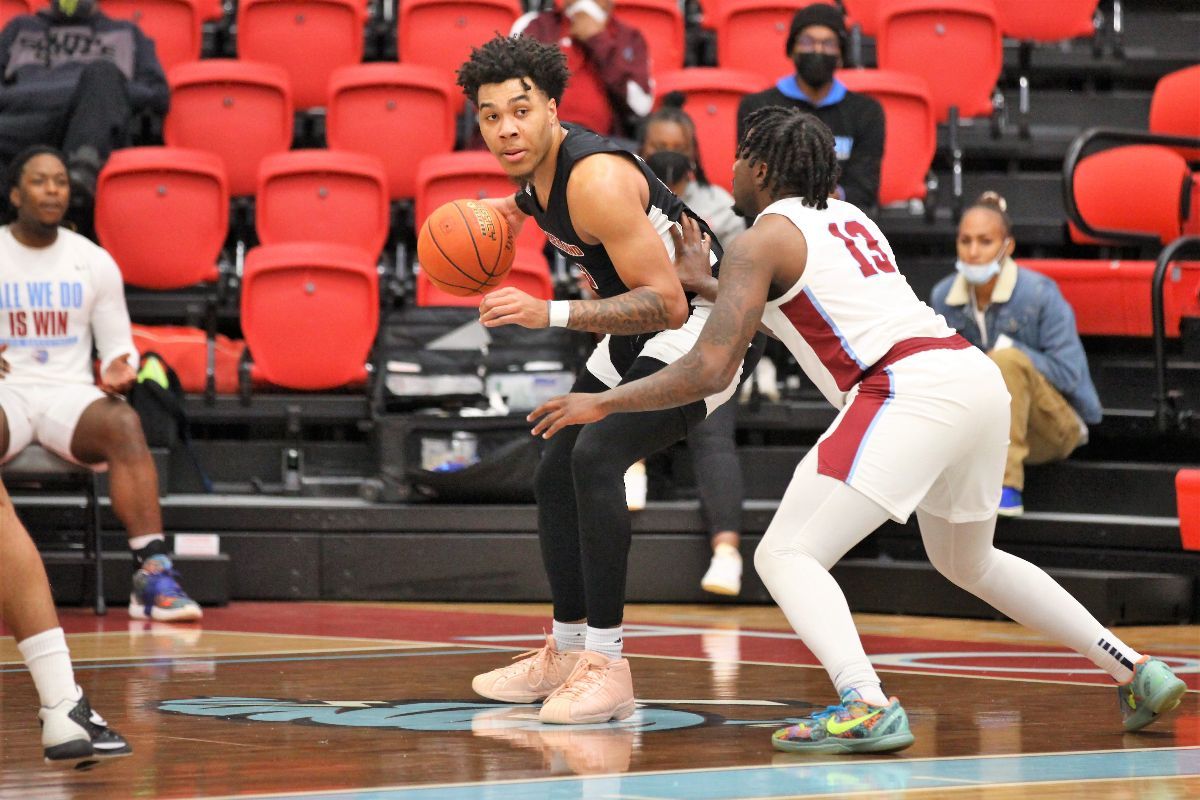 TALLADEGA, Ala.--Talladega jumped on Cumberland from the opening tip as Cumberland tried to play catch-up all game, but could not keep pace with No. 2 seed Talladega falling 67-49. Cumberland's season comes to an end after a great year with many accomplishments.

The Phoenix had to play from behind from the start of the game and just could not keep up with Talladega's outside shooting. the Tornadoes shot 44% from deep hitting 11 three-pointers. The Phoenix on the flip side of that struggle from three connecting on just 4-of-23.

Jordan Stephens led Cumberland in points with 17 shooting 6-of-12 from the field. Tavon King finished with 13 points as the Tornadoes doubled him all night.

Talladega had just two players in double figures led by Darryl Baker and Davion Thomas. Baker finished with 16 and Thomas had 15. Cam Potts and Camron Reese each added eight.

The Tornadoes started the game on fire knocking down their first five three pointers of the game, Davion Thomas hit three of them from the wing to get up 16-5 after five minutes of play.

Cumberland cut it to five with a layup from King and then back-to-back threes from King and Jordan Stephens on an 8-2 run to make it 18-13 with 11:03 left in the half.

Neither team scored over the next four minutes as both defenses dialed up the pressure. Edwin Louis hit a three for Talladega to stop the drought and then Jordan Stephens and Tyler Byrd connected on two layups to cut the score to 21-17.

The Tornadoes went on a 12-2 run with two more three-pointers over the next three minutes before the half ended for a 33-19 lead. King scored the final two for Cumberland for a 12-point halftime deficit.

Out of the gate in the second half, Talladega jumped on the Phoenix with a 4-0 spurt forcing Cumberland into a timeout and then expanding that to a 13-1 run to get up bug in the first five minutes of the second half, 46-22.

The Phoenix went on an 8-2 run to cut the deficit to 20 as King capped the run with a deep three, but Darryl Baker answered with a three and the Tornadoes. Talladega pushed it out to as much as 26 before holding on for a 67-49 win.

Talladega advances to the NAIA Sweet 16 in Kansas City next weekend.