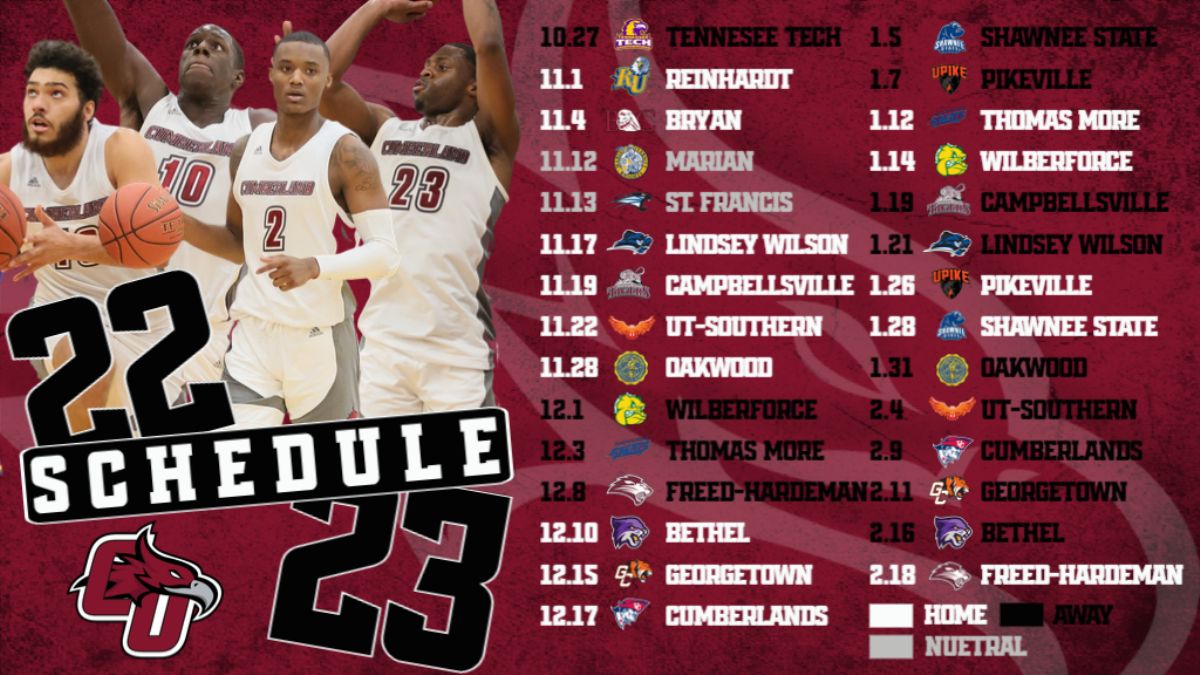 The Phoenix will head to Portsmouth, Ohio to take part in the star-filled Mid-South Conference/Crossroads League Crossover. Cumberland will open the Classic on Friday, November 12 against Marian University and will take on St. Francis on Saturday, November 13.

CU opens up conference play and a four-game homestand on November 17 against Lindsey Wilson. Saturday, November 19 Campbellsville will come to town and the Tuesday before Thanksgiving Cumberland will face Tennessee Southern at home. Following Thanksgiving, the Phoenix will take on Oakwood on Monday, November 28.

The Phoenix will start December with three-straight road conference games starting with new MSC foe Wilberforce on December 1. CU will head to Crestview Hills, Ky. from Ohio to square off with last season MSC Champion Thomas More on December 3. The road set will end in Henderson, Tennessee with a game with Freed-Hardeman.

To start the new year, Cumberland will go to Portsmouth, Ohio and take on Shawnee State on January 5. From there, CU will head over to Pikeville, Ky.to take on the University of Pikeville on January 7. CU will be back at home the next week against Thomas More and Wilberforce on January 12 and 14 before going back on the road against Campbellsville and Lindsey Wilson on January 19 and 21.

CU has five-straight road games on from January 31-February 16 taking on Oakwood, Tennessee Southern, the Cumberlands, Georgetown, and Bethel. Senior Day and the final regular-season game will be against Freed-Hardeman on February 18.

The Mid-South Conference Tournament will open with an Opening Round game played between the No. 5 - No. 12 seeds of the tournament hosted by the higher seeds. The Quarterfinals will be played in Bowling Green on February 25, Semifinals on February 26, and the Championship on February 27.