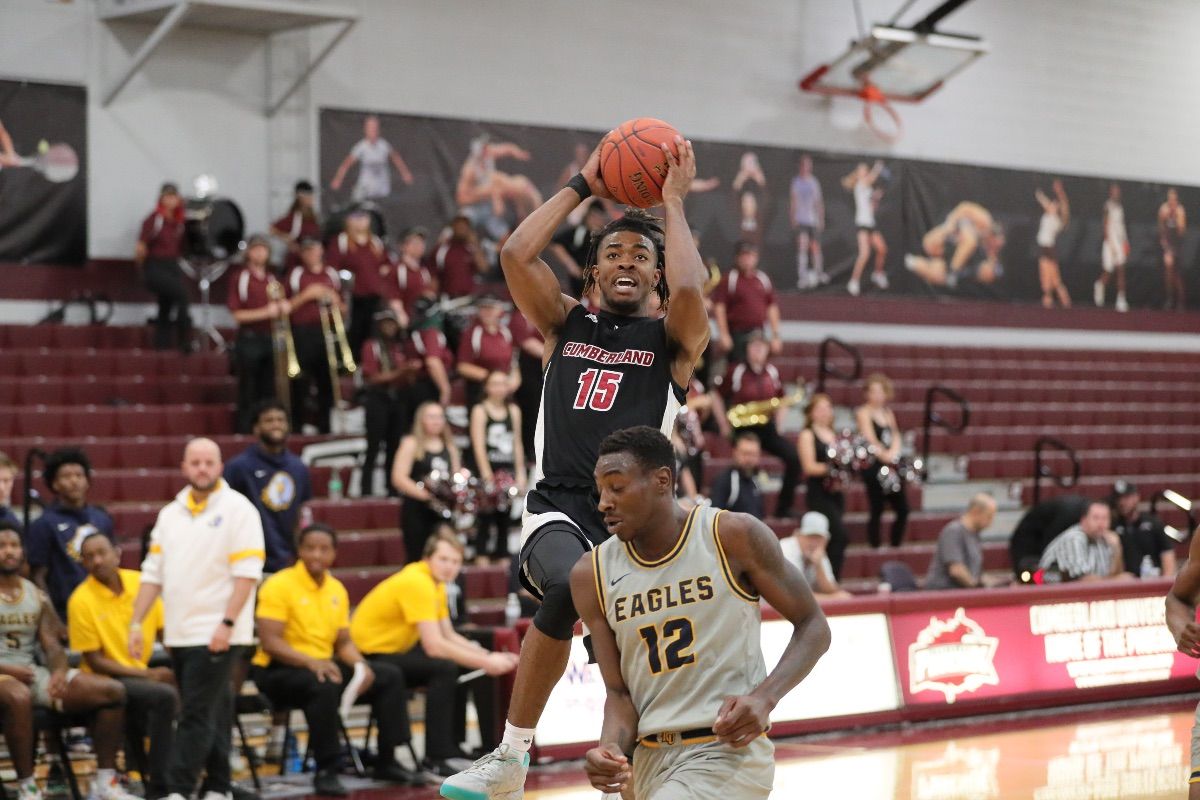 Lebanon, Tenn.-- Firehawks shoot lights out in the second half to secure a 73-64 win over CU at the Dallas Floyd Phoenix Arena.

Jordan Stephens had a fantastic night, picking up a career best and game high of 31 points to keep his team alive for much of the game. Ty’Reek Johnson recorded 12 points and seven boards, while Nassir Coleman was just one rebound behind his career high with 12.

The Firehawks shot better from outside the arch than they did inside, going 14-28 (50%) compared to only seven made by the Phoenix, five of which came from the hands of Stephens. Kavion Hancock and Brady Brown combined for ten of the 14 threes for UTS.

UT Southern put away the first three points of the game but Cumberland responded quickly with a 10-0 run during which Johnson, Coleman, and Stephens each laid up easy points to lead by seven at the Firehawks’ first time out.

The Firehawks nailed two three-pointers and knocked down a layup in an 8-0 run to break the deficit down to two points at 24-22, forcing CU to take a timeout themselves.

From then on, neither team was able to make a significant lead in the score and it was a tight race to finish out the half,

Brown sank the Firehawks’ fifth three of the game to give the team their first lead since the first minute of the half at 29-28.

Stephens knocked down his fourth three of the half to put CU up at 36-33 with less than a minute to play, but the Firehawks were unwilling to go into halftime at a disadvantage and Brown put up another three to tie it up.

UT Southern came out of the break swinging from outside the arc, sinking back-to-back threes and a layup off a steal for a lead of 44-36. The Phoenix would trail behind for the entire half, struggling to put up enough points to take any lead.

The Firehawks were nearly flawless from the arc in the half, taking as much as an 11 point lead over the Phoenix two separate times.

Cumberland turned up the defense, picking up four steals in under three minutes to give them some life in the game. Stephens put away his fifth three of the game to cut the deficit down to two at 54-52.

CU was held scoreless for two minutes while the Firehawks sank two more from behind the arc to push it out to eight at 60-52.

CU slowly chipped away at the deficit, picking up fouls to shoot from the line. Tajah Fraley made an all important three pointer to cut the lead down to two at 65-63, giving Cumberland some hope, but they would remain scoreless from that moment on except for a single free throw made.

The Firehawks would hold off Cumberland for a 73-64 win, handing the Phoenix their first conference loss of the season. Cumberland moves to a 5-2 overall record, 2-1 in conference.