January 21, 2023 at 3:00 PM
Biggers Sports Center
Attendance: 97
Recap Boxscore
Lindsey Wilson runs away from CU in the Second Half 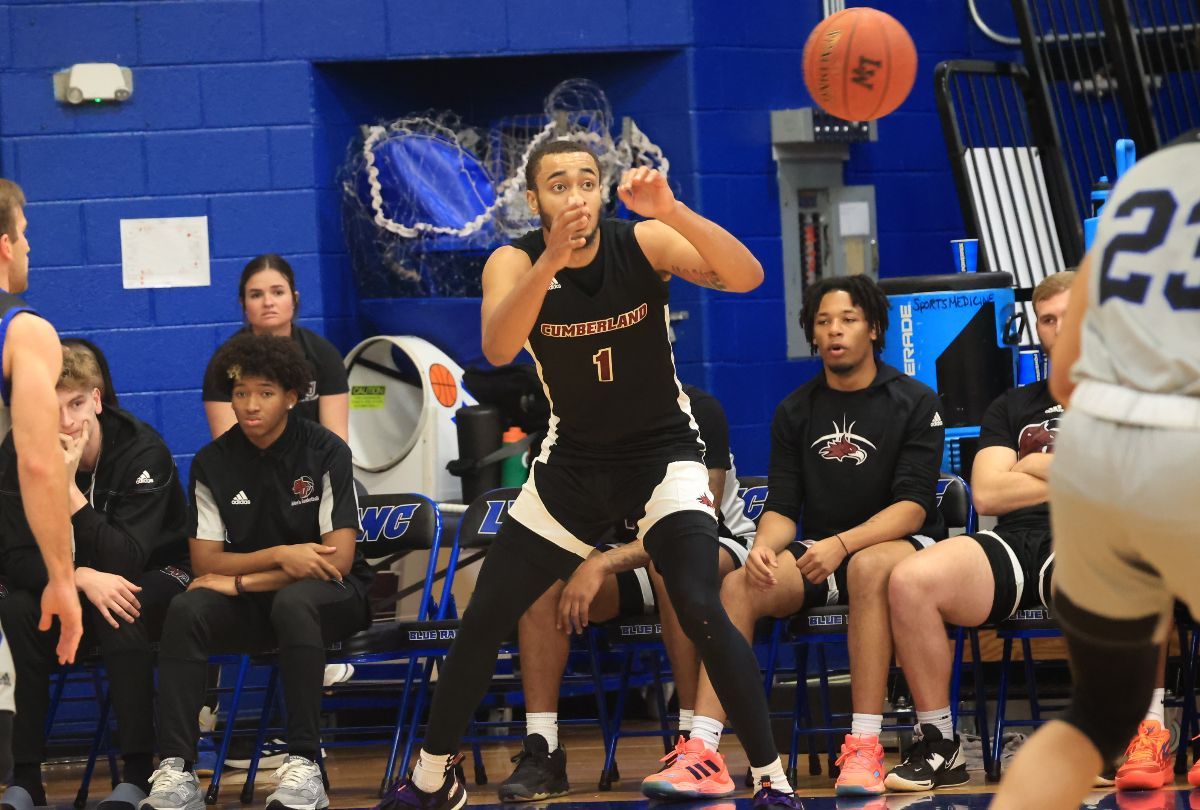 Ty'Reek Johnson scored 18 in the second half for Cumberland.
Cumberland at Lindsey Wilson | January 21, 2023

COLUMBIA, Ky.--Cumberland men’s basketball drops their second-straight game for an 0-2 away trip. Lindsey Wilson dominated the second half to pull away with a 77-64 win over the Phoenix.

Cumberland (10-10, 7-8 MSC) jumped up early, but by halftime the Phoenix trailed by six and Lindsey Wilson took off in the second half.

Ty’Reek Johnson led the Phoenix in scoring, all in the second half. Isaac Stephens scored 12 points on 6-of-7 shooting. Jordan Stephens and Jaylen Negron both contributed 9 points eachAs a team, Cumberland shot 44.4% from the field and made five threes. The Phoenix made just 11-0f-22 from the free throw line.

Lindsey Wilson (7-13, 3-21 MSC) lit it up from outside making 10 three-pointers. The team had a 42.3% field goal percentage. They also had 34 points in the paint and 12 fast break points. Lindsey Wilson dominated the boards out rebounding Cumberland 36-to-28 with 10 offensive rebounds.

Jordan Stephens lit it up to open the game scoring eight of the team’s first 16 points allowing Cumberland to jump out to a 16-11 lead with 11:39 left in the half.

The Phoenix fell into a scoring drought after Tyler Byrd drained a jumper for over three minutes to allow Lindsey Wilson to go on a 12-2 run to get up 23-20 on three made threes.

Lindsey Wilson held on to the lead the rest of the half and built it up to as much as eight. The Phoenix would get two points back before the intermission trailing 35-29.

Cumberland scored the first basket of the second half, but the Blue Raiders exploded for a 14-4 run to get up by 14 at 49-35.

Cumberland trimmed that lead over the next four minutes over 9-4 spurt to trail 65-50 with 6:50 to play. That margin was as close as Cumberland would come until the end of the game as the Blue Raiders went on to win 77-64.

The Phoenix return home to the Dallas Floyd Phoenix Arena next Thursday and Saturday to take on Pikeville and Shawnee State. The two games as well as Senior Day against Freed-Hardeman will see a return to WANT FM 98.9.