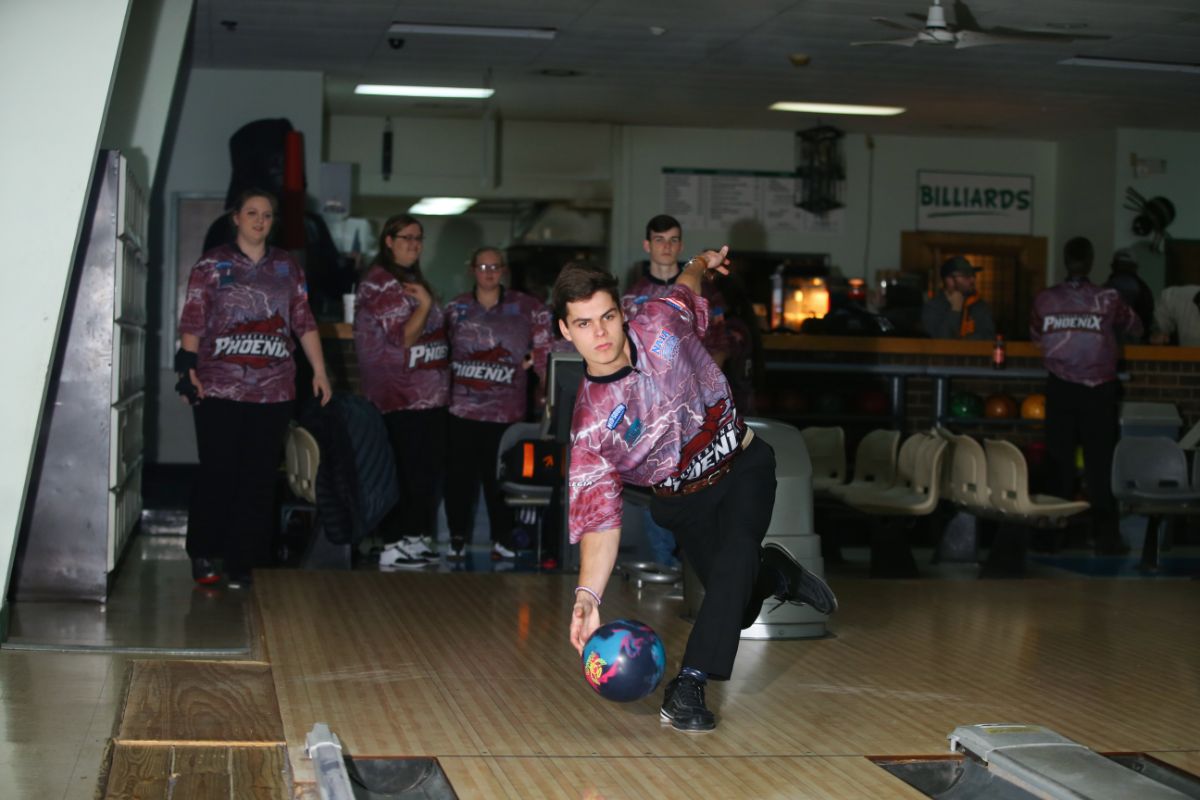 INDIANAPOLIS, In.- Cumberland Men’s Bowling finished 13th out of 19 teams, this weekend at the MSC Indianapolis Collegiate Classic.

Cumberland finished the tournament with an overall score of 8556, 5617 coming from team total and 2939 coming from the Phoenix Baker total.

Peyton Bell placed 36th out of 163 bowlers and led the team as he knocked down 1,186 pins, making him average 197 pins per game. Jarred Bradshaw followed behind by placing 40th for the Phoenix by recording 1,176 pins, with an average of 196 per game.

Matthew Charlton placed 61st with a score of 1,129 and an average of 188 pins per game for the Phoenix. Taylor Fielder was just short of reaching 1,000 pins as he recorded 978 pins in six games, making his average 163 per game, placing him at 89th.

Thomas Chenault placed 110th by only competing in four games making his total score 686 with an average of 171 pins per game. Grayson Hemontolor finished it out for the Phoenix as he placed 136th by knocking down 321 pins in only two games making his average 160 per game.

Cumberland will be competing in the MSC Championship in Bowling Green, KY on February 20th, 21st, and 22nd.