LEBANON, Tenn. – Cumberland cross country coach Jared Klosterboer announced the signing of Storm Jurnett, Chelsea Reeves and Keaton Gaffney to scholarship papers for the 2012-13 academic year. The trio gives the Bulldogs five runners for the upcoming season for a program reinstated in April after a seven-year absence. 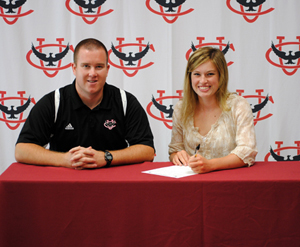 Gaffney garnered three letters in swimming and one in softball at Mt. Juliet High School. She is the daughter of Larry and Dawn Gaffney.

Reeves earned one letter in track and field for coach Clay Hannah at Lebanon High School, earning a county championship and Female Player of the Year honors for the Blue Devils. She is the daughter of Teddy and Wendy Reeves.