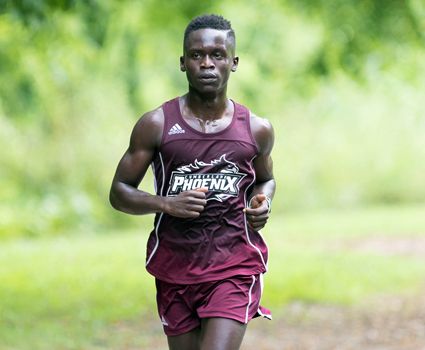 Head coach Jim Seckel enters his second season with the Phoenix and returns seven men and four women from 2015. Sophomore Taylor Blankenship earned Second Team All-Mid-South honors for the women last year with a 12th-place showing at the conference championships, while sophomore Claudia Tepox finished 16th at the MSC meet.

Seckel welcomes three newcomers for both the men and women for the 2016 campaign.

"We have several promising newcomers that are already able to run with and in some cases ahead of many of our returners. We expect to have a level of depth with our program this year that we have not enjoyed in previous years."

Shawnee State was picked to win the conference title on the men’s side with five first-place votes and 35 total points. The University of the Cumberlands and Campbellsville University each posted one first-place vote and were second and third, respectively, in the poll with 29 and 28 points.

Lindsey Wilson was fourth, followed by Cumberland, while Georgetown College and the University of Pikeville rounded out the selections.

Shawnee State was also picked first on the women’s side with seven first-place votes and 49 total points. The Cumberlands was second with one first-place vote and 36 points, followed closely by Lindsey Wilson with 34 points.

Life University was selected fourth by the coaches, with Campbellsville and Georgetown ahead of Cumberland and Pikeville in eighth.