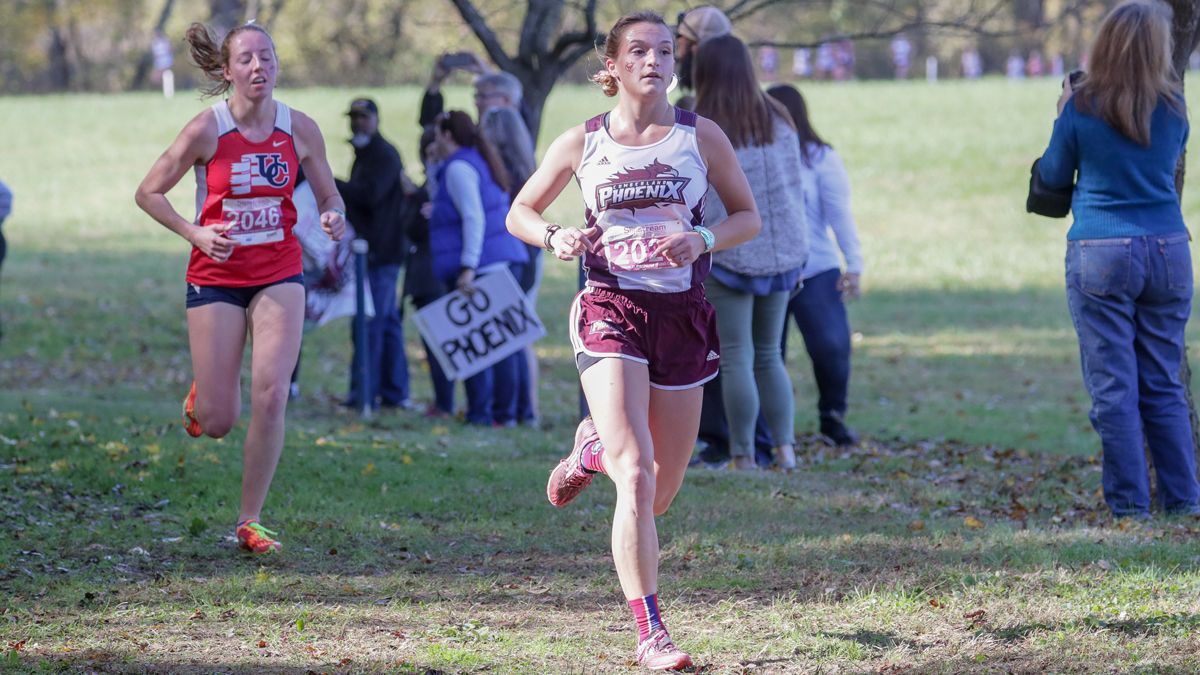 Senior Taylor Blankenship is one five of CU runners to earn atl-large bids into the NAIA Championships. This will mark her second straight trip to the national meet. (Credit Steve Wampler)
Related Links

LEBANON, Tenn. – Cumberland runners Joel Barlow and Cornelius Kipchumba for the men and Amber Mays, Taylor Blankenship and Abby Gawthorp for the women earned at-large berth into the NAIA Cross Country Championships, as announced late Wednesday by the national office.

Shawnee State won both the men’s and women’s team titles at the Mid-South Conference Championships and Campbellsville University received an at-large bid as a team on the men’s side.

Barlow placed eighth and Kipchumba finished 12th for the Phoenix men this past Saturday at Phil Moore Park in Bowling Green, Ky., with the duo earning at-large berths in the national championships set for November 16 in Cedar Rapids, Iowa. They will be the first male cross country runners to compete in the national meet for the Phoenix.