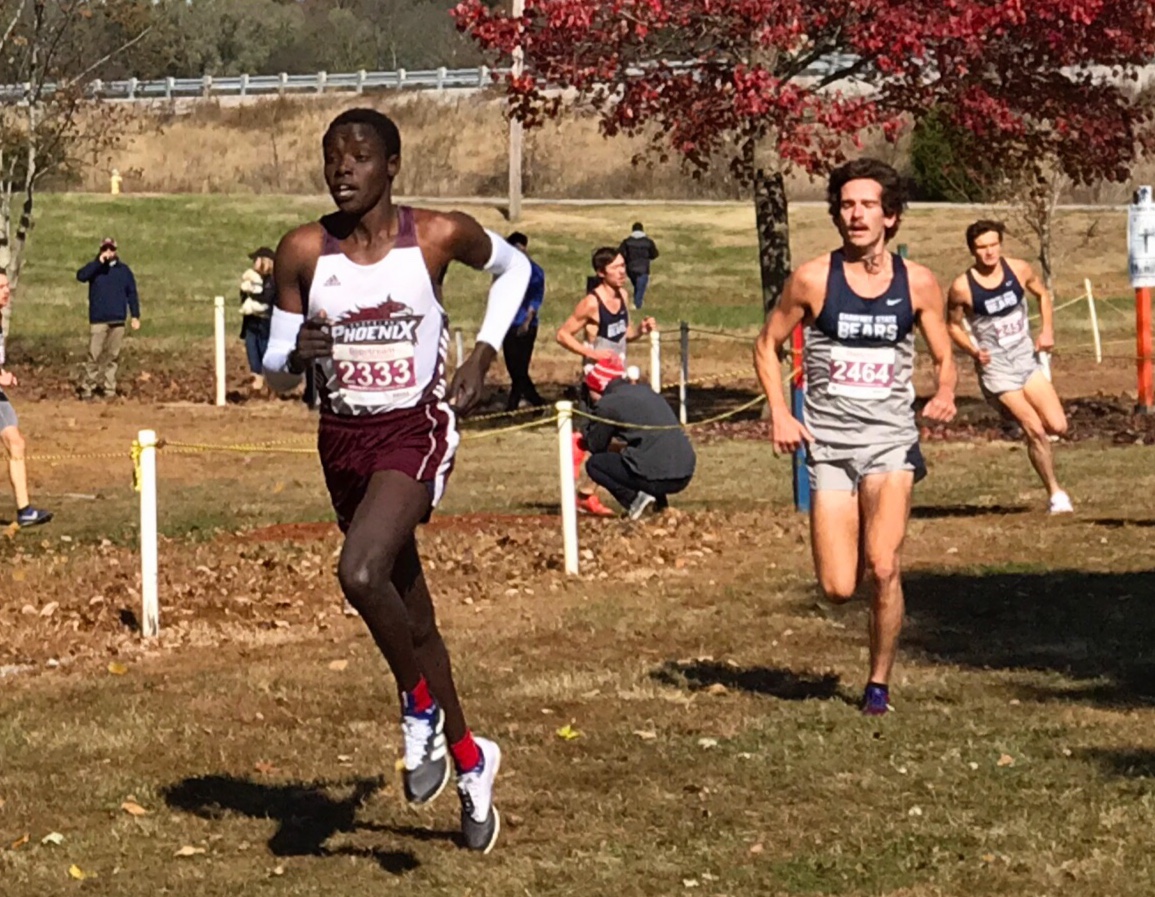 Cumberland posted 105 points as a team, with two runners placing in the top fifteen.

Denis Kiplagat finished in 8th place, the best finish for the Phoenix, with a time of 26:19, which is his new personal record. Kiplagat will be a national qualifier as one of the top 4 finishers finishing 15th place or better who is not on a national qualifying team. He also received 2nd team All-Conference.

Joel Barlow followed behind Kiplagat placing 13th with a time of 26:33, which also allowed him to finish 2nd team All-Conference.

The race featured 79 runners that completed the 8K.