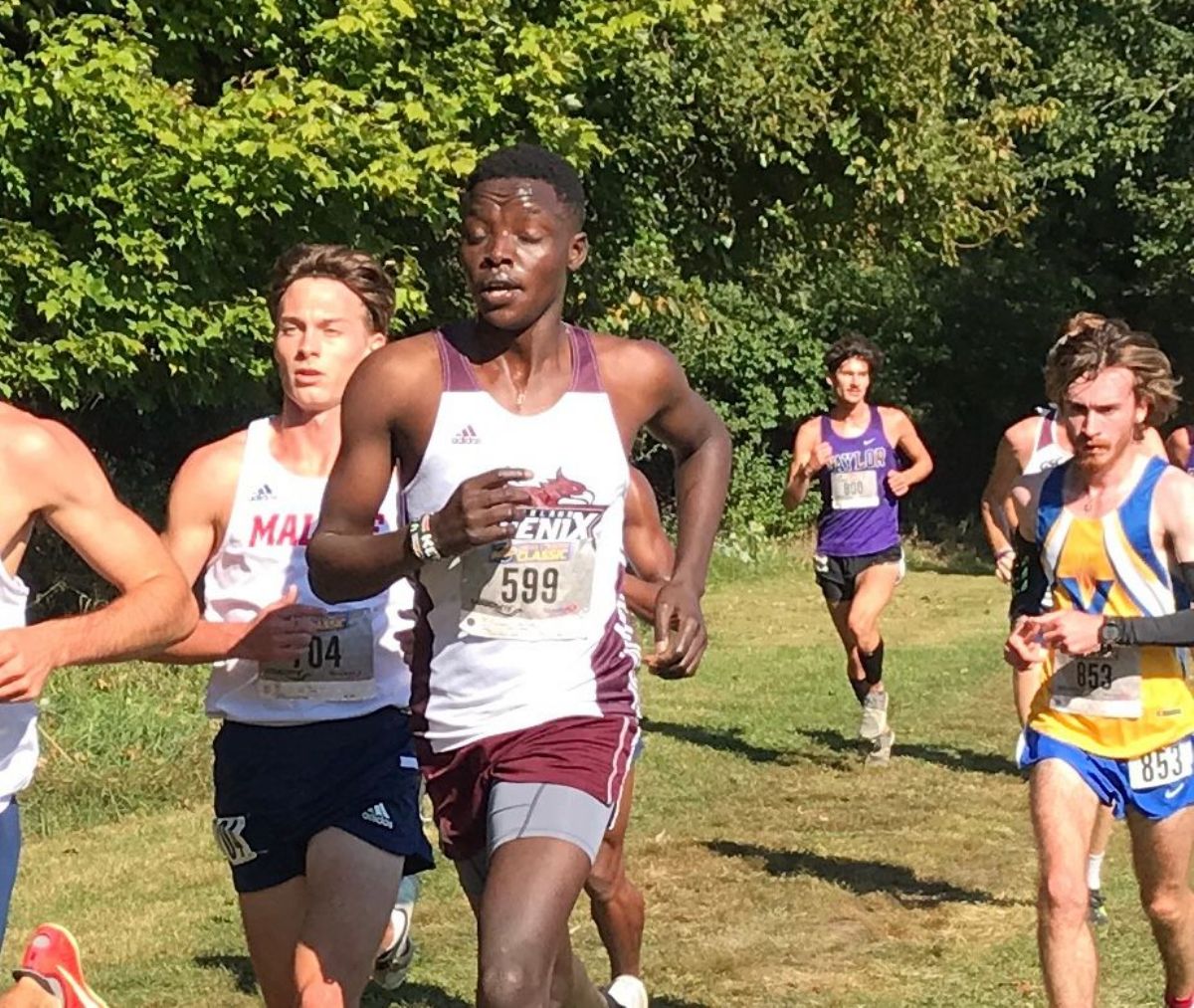 The Phoenix were led by sophomore Dennis Kiplagat who took 41st place in a time of 26:24.9, seven seconds slower than his time at the UAH Chargers XC Classic when he won MSC Runner of the Week. That is Kiplagat's third-best time since stepping foot on the CU campus and 12th best time in program history. The next Phoenix to cross the finish line was Joel Barlow in 50th place with a time of 26:45.8, 23rd on the CU All-Time 8K list. Freshman Ethan Rhoden came in 71st place 27:38.1 and freshman Aidan Crockett finished in 78th with a time of 27:49.2, his personal best at CU in his young career.

Cumberland finished ahead of Kentucky Wesleyan, St. Francis (IN), Marian (In), and Vincennes, but trailed Mid-South Conference rival Campbellsville University by two places. The Phoenix will be back on the course on October 17 at the Drakes Creek Scramble at Phil Moore Park in Bowling Green, Ky.