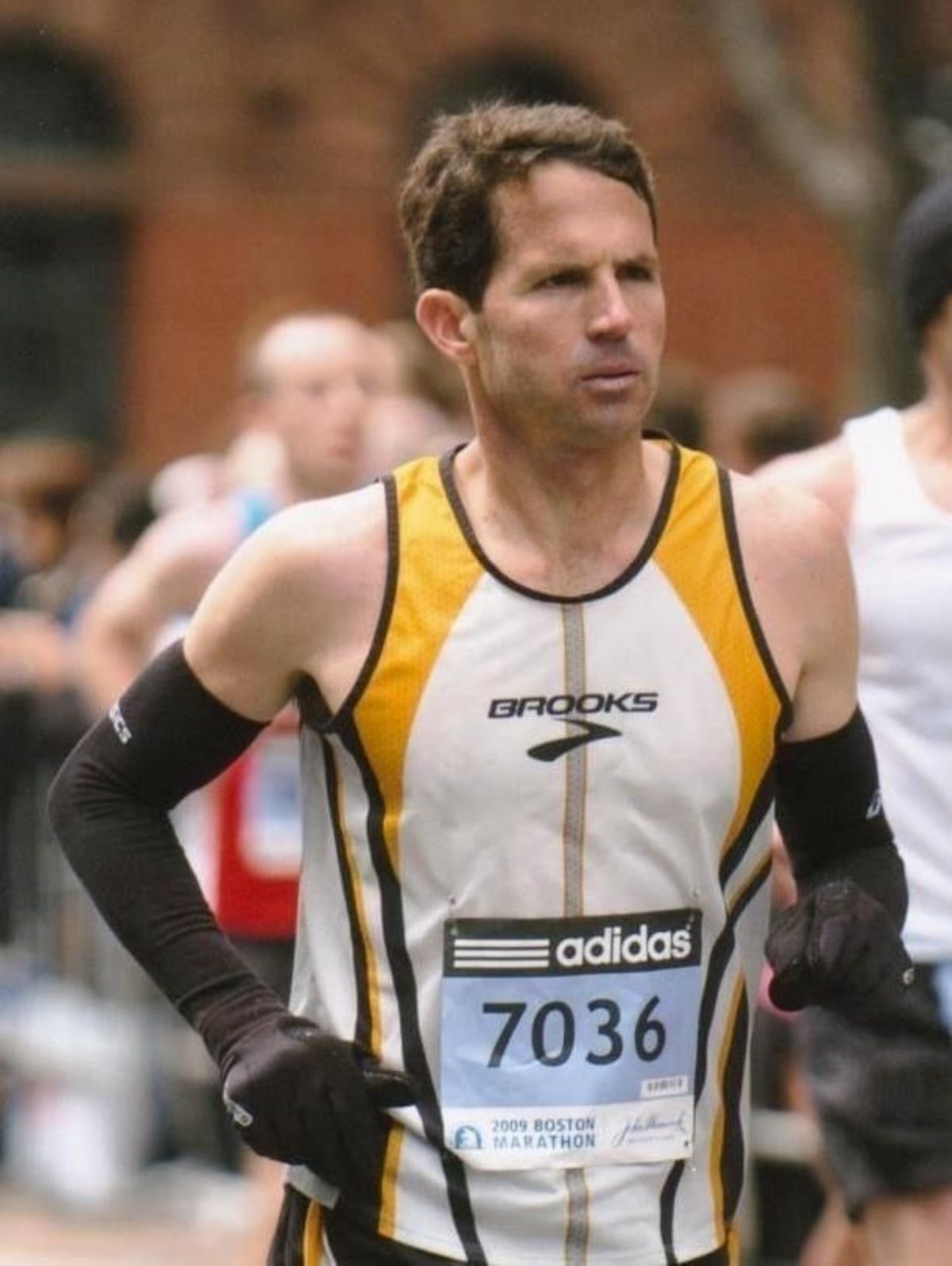 LEBANON, Tenn.--Cumberland cross country coach Jim Seckel is set to compete in the 2021 Boston Marathon on Monday, October 11. This marks his 13th consecutive time qualifying and competing in the event.

Coach Seckel has been a competitive runner since 1980 and has competed at all levels. He has continually competed in national and regional-level road races as a master's athlete.  A veteran road racer and marathoner, he has completed 35 marathons.

He has been drawn back year-in and year-out to the Boston Marathon for the environment and the tradition of the marathon.

"The atmosphere is not like any other marathon," Seckel said. "The normal April date coincides with Patriots Day, and the whole city of Boston takes a holiday to celebrate with the marathon as the centerpiece.  The route passes through several cities on the way to Boston, each with their own history and identity."

"There are also crowds lining the whole route, and they are invested in the race and the runners.  Highlights are the women who attend Wellesley College who are so loud they can be heard about a mile before you reach their 'scream tunnel', Boston College students at Heartbreak Hill, and crowds near the finish line on Boylston Street where people will be 10-deep on the sidewalks."

The 2020 Boston marathon was canceled due to the widespread of COVID-19 and this year's marathon date was pushed back to October 11, so the tradition will not be quite the same as it has been in the past. It also presents new and different challenges at a later date with warmer weather, different training times, and etc.

Coach Seckel said, "For me, the real challenge with a fall date will be needing to do most of my specific training in the Summer, rather than in the Winter like I would for an April date.  The older I get, the more I struggle to be able to log quality training in the heat.  The October weather in Boston has highs and lows about 5 degrees warmer in October than in April."

Concerning weather, the marathon has never been postponed due to weather. Since Seckel has been running in the Boston Marathon he has seen weather from as low as 42 degrees and as high as 87. In 2015, 2018, and the 2019 race each saw rain presenting just another obstacle to overcome on the course.

Coach Seckel qualified for the upcoming October race with a time of time was 3:07:04 at the Mount Hood Marathon in Government Camp, Oregon. This was run in June 2019 before all the COVID cancellations. He said, "Due to my commitments to the team with track and cross country seasons, I tend to run Summer marathons most years if I don't requalify at Boston.  I try to race out West in the Mountain States --Colorado, Utah, Oregon, Washington -- to try to find cooler weather."

The 2013 Boston Marathon is one of the most memorable for people due to the terrorist attack on the race. Coach Seckel said, "That is one year my wife and I couldn't wait to get home."

Seckel ran with the first wave that went off at 10:00 a.m. and complete the course in three hours and eight minutes. He said he finished and linked up with his wife, went back to get a shower, and then went back to the finish line to get some food. The two were at restaurant about 3/4 of a mile away from the first bomb when it went off.

"We had no idea what happened until our phones started buzzing with texts and calls asking if we were okay. I remember lines of people walking by on the street looking through the windows at the big-screen TVs in the restaurant where the local television stations were covering the event."

"We talked to several runners at our hotel that night who were stopped miles short of the finish line and not allowed to finish, some of who had come in from other countries just to run."

Despite the attack in 2013, the tradition of the Boston Marathon has carried on to be one of the longest-standing marathon races in the United States. The first race was run in 1897 and the race has consecutively been run on the third Monday in April.

In Seckel's first race in 2009, one of his favorite runners from his childhood, Bill Rodgers, known by many as 'Boston Billy', happened to be on the course that day.

Rogers was a four-time Boston Marathon winner between 1975-80, and he came back to run the race in 2009 after surviving cancer.

"I think it was the last marathon he ever ran, but he was one of those responsible for starting the running boom in America in the 70s.  I never saw him on the course but it was my honor to run with him that day," Seckel said.

One of Seckel's fondest memories from running the marathon each year is being able to see his wife Judy in the same spot on the course each time.

"The highlight of my day is linking up with her at the Family Meeting Area after the race every year," he added.

"She will typically go out at 8 AM to get a spot on the front row to see me pass at 1:30 p.m. or after. A couple of years she has stood out there in brutal weather waiting for me." 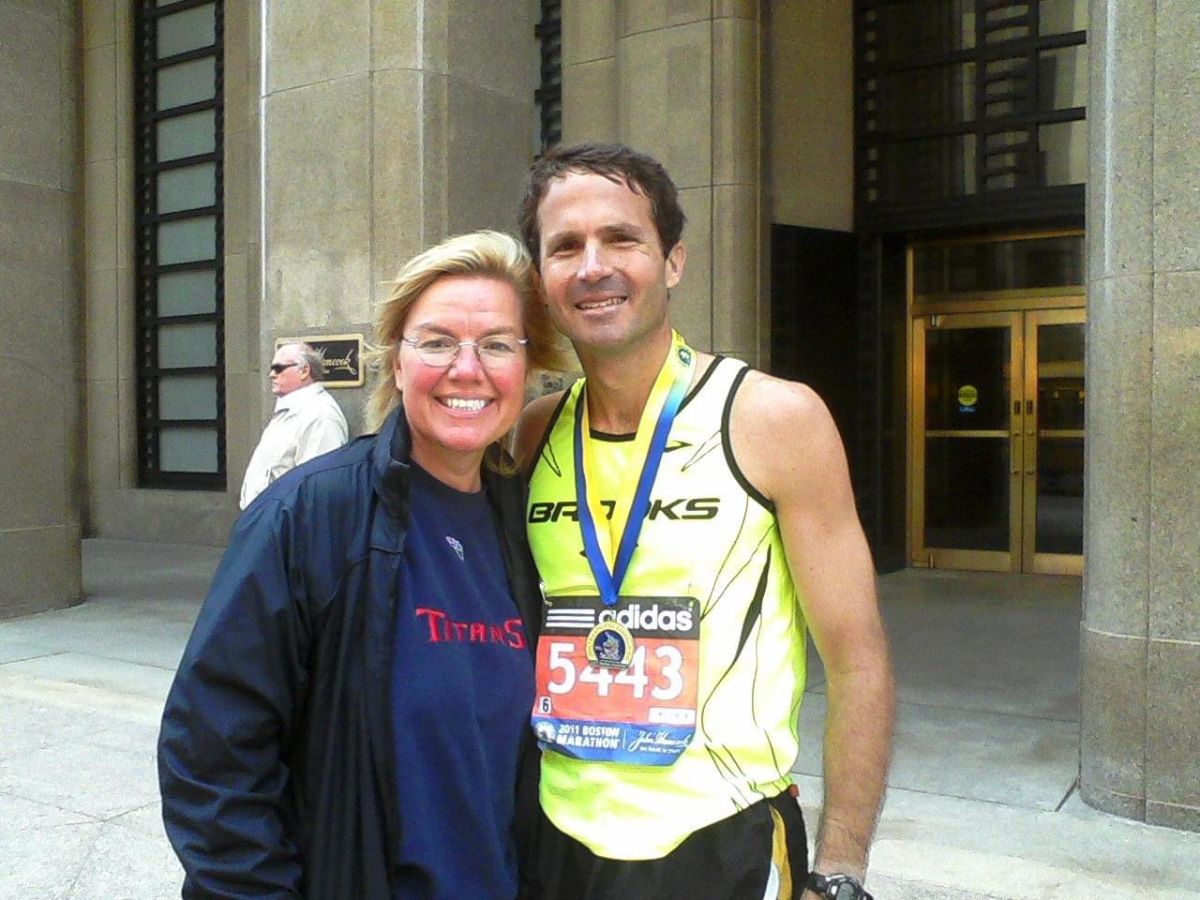 Coach Jim Seckel and his wife Judy at the family reunion area after the 2011 Boston Marathon.

Coach Seckel's goal for this year's marathon is to finish with a time of three hours and 15 minutes. His best to date at the Boston Marathon was 3:07:31 in 2014.

Seckel graduated from the US Military Academy with a bachelor’s in Civil Engineering in 1990 and served five years as a captain in the US Army.