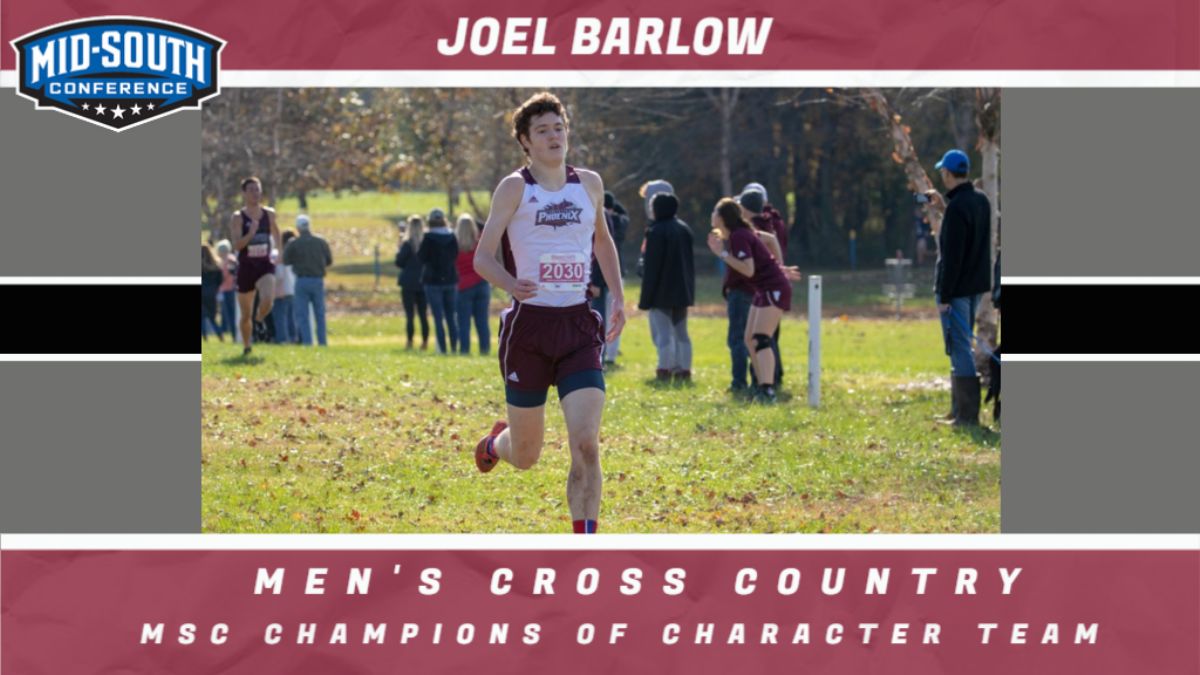 Senior Joel Barlow is a native from Lebanon, Tennessee running in his fifth year for the Phoenix. During his time with the Phoenix, Barlow holds the fifth all-time fastest 8k in school history at 25:47:00 and has three times in the top-10 in program history. So far this season, Barlow has a season-best time of 26:33.74 with one race left to go. Barlow is a three-time All-Mid-South Conference award winner and was named the Mid-South Runner of the Week on September 3, 2018.

Forcht Bank is the proud sponsor of the Mid-South Conference Champions of Character Program.