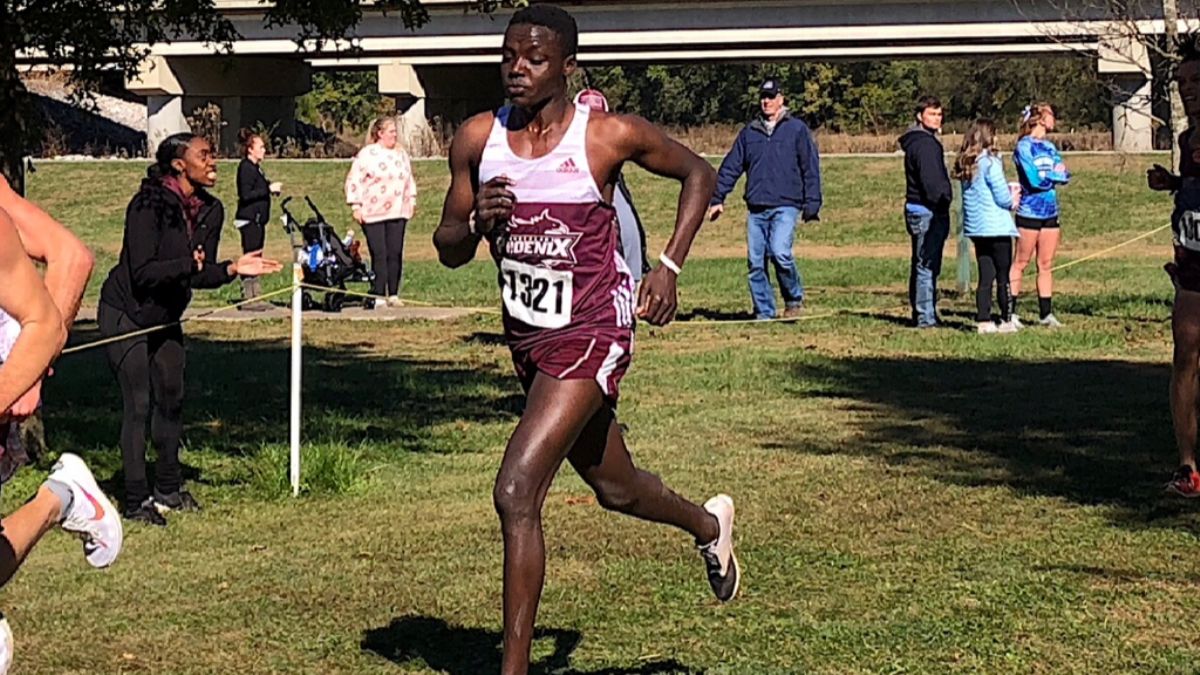 Kipligat ran the 8K in 26:40.6 finishing a minute behind the first-place finisher. Joel Barlow crossed the finish line in 21st with a time of 27:28.3.

Jacob Harzbecker crossed the line in 52nd and Ethan Rhoden finished in 56th.

This is the highest finish for the Phoenix cross country program ever. Cumberland had finished fourth multiple times in the past, but have never cracked the Top-3.

Campbellsville finished in the runner-up position with 69 points followed by the Phoenix in third with 130 points. Lindsey Wilson clocked in at fourth and Bethel came in fifth place.

Kipligat received All-Conference honors as the top ten runners were named to the First Team All-Mid-South Conference with the next ten runners earning Second Team honors.