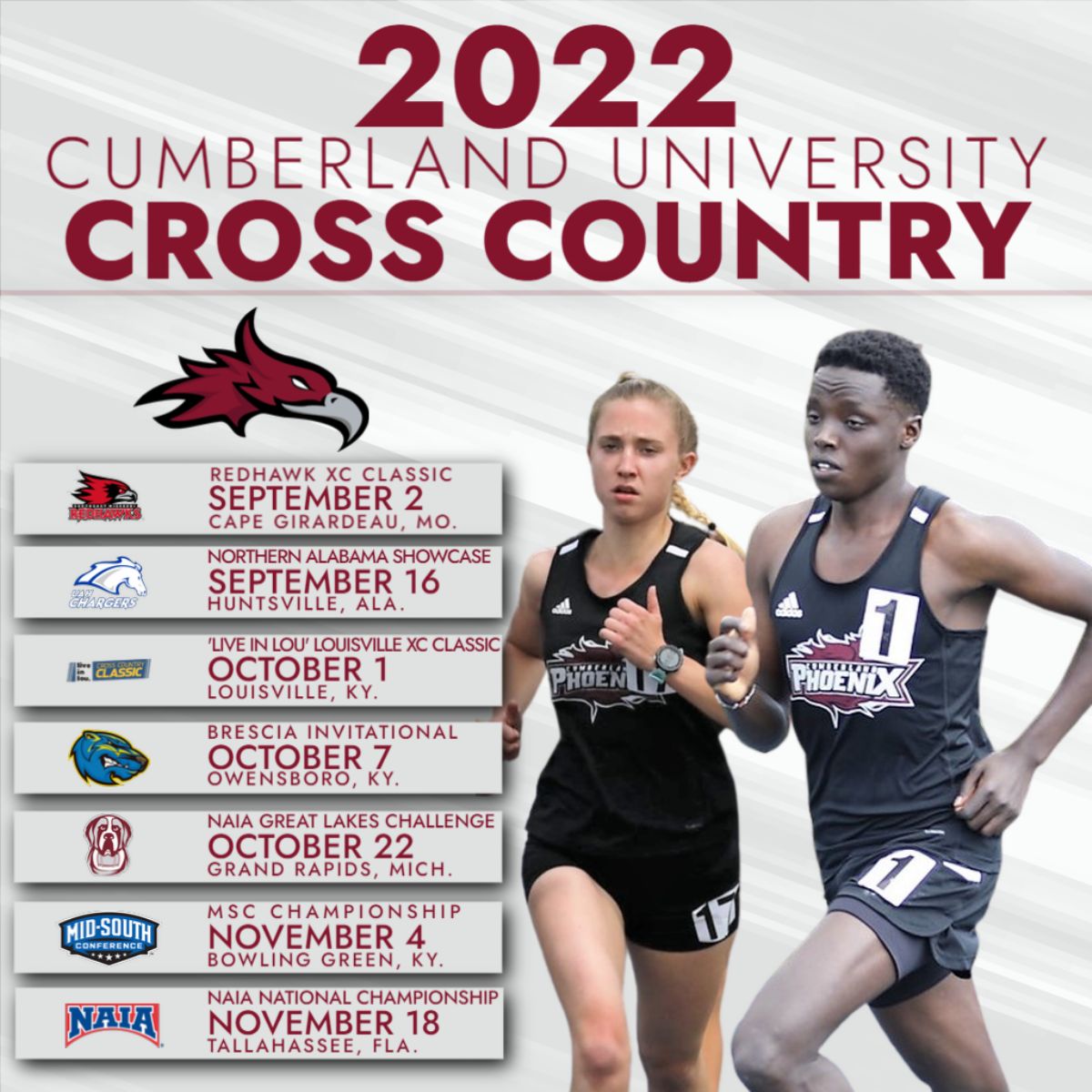 The 2022 season will open up in Cape Girardeau, Missouri at the Redhawks XC Classic hosted by SEMO on September 2. The women will start the season off with a 4K at 6:40 p.m. and the men will follow with a 6K at 7:10 p.m.

Cumberland will head south to Huntsville, Alabama on September 16 to take part in the Northern Alabama Showcase. The men this time will hit the trails first at 7:15 a.m. with an 8K. The women will begin their 5K race at 8:15 a.m.

The Phoenix will take part in the 'Live in Lou' Louisville Cross Country Classic for the third year in a row on October 1. Times for the event have not been released yet.

The last regular season meet of the year will be a big one at the NAIA Great Lakes Challenge hosted by Aquinas in Grand Rapids, Michigan. Start times will be dependent on which division the Phoenix are slotted in.

The Mid-South Conference Championship will take place on November 4 in Bowling Green, Kentucky at Phil Moore Park. The men's 8K will start at 10:00 a.m. and the women's 5K will begin at 11:00 a.m.

The NAIA National Championships are set for November 18 in Tallahassee, Florida.