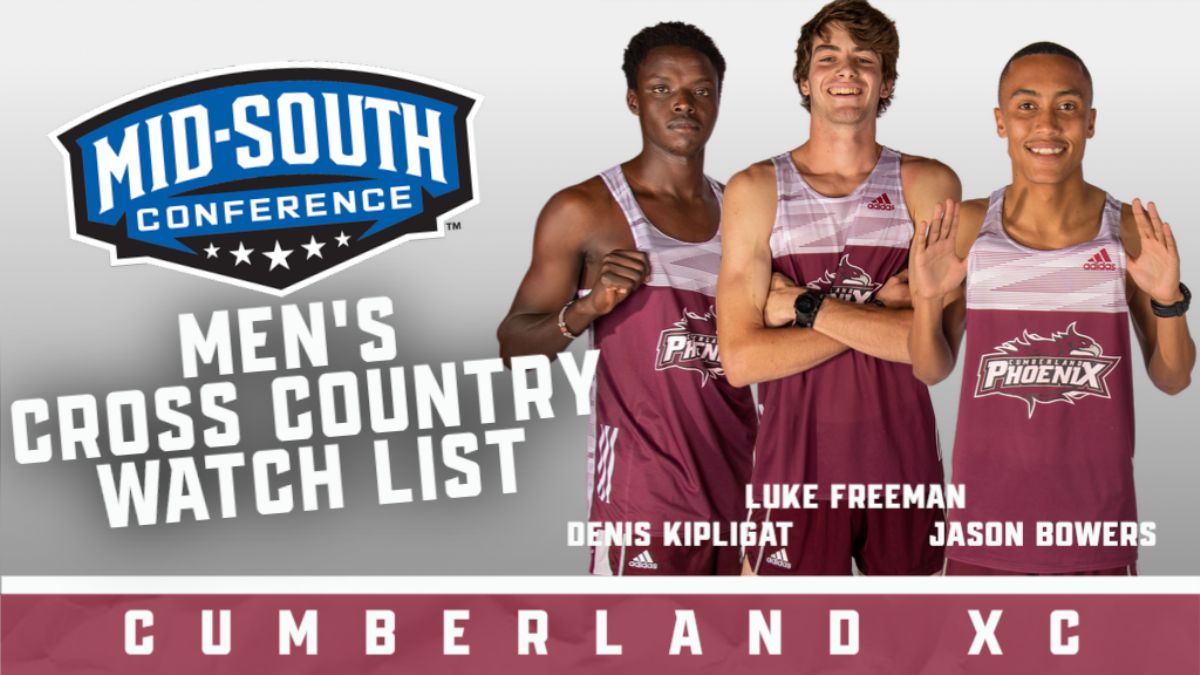 Kipligat made his third straight-appearance in the NAIA National Championships last season after bringing home First Teamm All-Conference honors. Freeman will look to breakout during his sophomore season after a successful start to his career. Bowers is a newcomer with a lot of talent from South Africa.

Standouts include Aiden Kammler (2021 NAIA All-American) who just won the first MSC Runner of the Week honor of 2022 and who was a part of the Shawnee State team that captured the 2021 MSC Men's Cross Country Championship, the program's sixth-consecutive conference title. Other notable names on the Watch List are those who also found themselves on the 2021 All-Mid-South Conference First Team: Kammler's teammate Jonah Phillips, Campbellsville's Shawn Little, Cumberland's Denis Kiplagat, and Cumberlands' Kyle Woodward.

CU starts their season tonight at the Redhawks XC Invitational hosted by SEMO in Missouri.