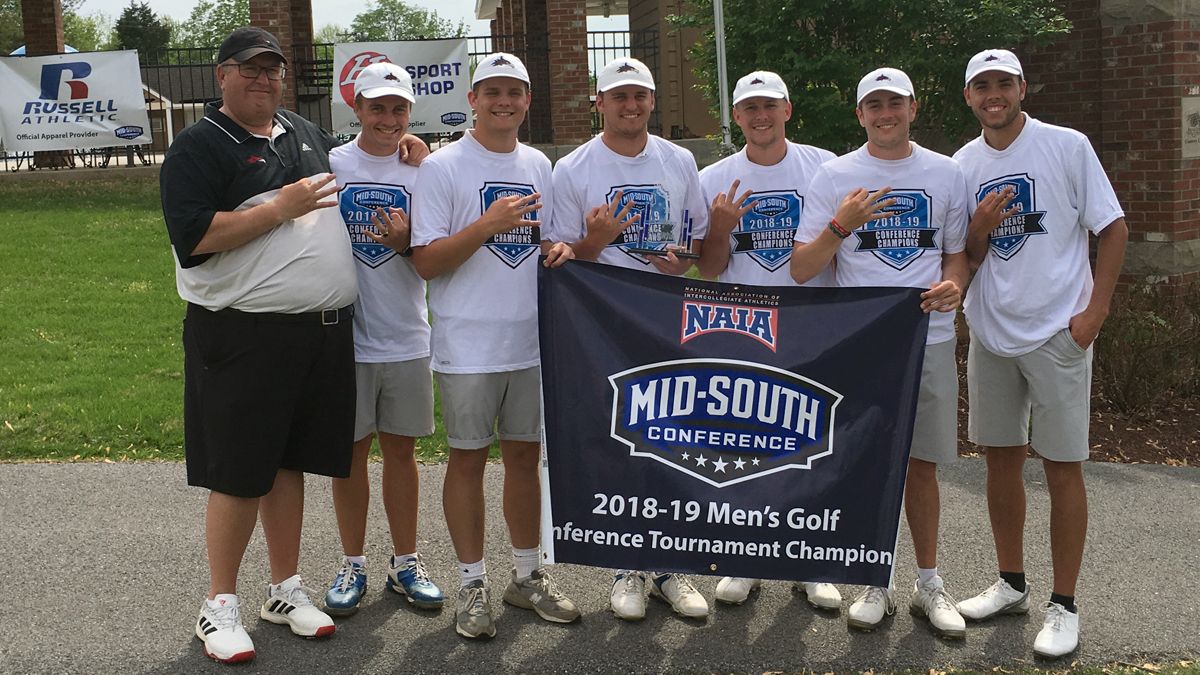 The Phoenix earned their third consecutive automatic berth into the NAIA Championships set for May 21-24 in Mesa, Ariz. Cumberland increased its lead in the team standings each from the three shots to 12 to 16 on Wednesday.

Steeger registered five birdies and eight pars in his round of 73. The Marnau am Staffelsee, Germany, native started the day with three birdies in the first six holes and stood two-under after a birdie on No. 12. The freshman made two bogeys and a double bogey on the next four holes but ended the round with a birdie at 18 for a 54-hole score of two-over par 218.

Daniel bogeyed holes one and three but collected six pars with a birdie at No. 8 on the front nine. The Linden, Tenn., native netted two bogeys with a birdie on 14 on the back nine, standing at plus-two before a double bogey at the last left him at 76. He tied for seventh overall with a three-dday total of 229.

Gaddes registered only three pars on the front nine, making birdies on holes four and five but also three bogeys and one double. The back nine was more even for the Mt. Juliet, Tenn., native with two bogeys and a birdie at No. 18 for four-over 76 and a tie for 13th with a three-day score of 232.

Henderson shot 40 on the front nine with three bogeys, a double and a birdie at five. The Cedar Hill, Tenn., native recorded three bogeys, four pars and birdies at Nos. 14 and 17 on the back, carding a five-over 77 for a 54-hole total of 231 for 12th place overall.

Junior Josh Wiseman posted a birdie at No. 3 and was just four-over on the front nine before a triple bogey at the ninth. The Mt. Juliet native added two more birdies on the back nine but had five bogeys and a double for a final-round 84. He tied for 21st with a three-day score of 238.