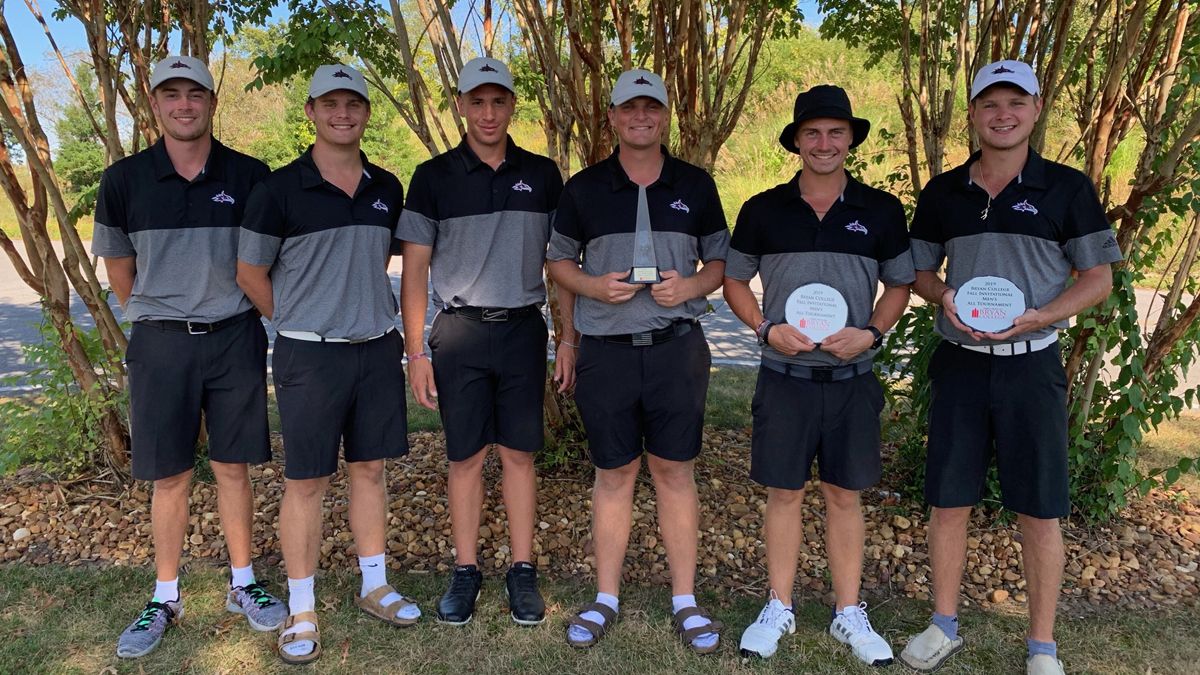 CROSSVILLE, Tenn.--Cumberland men’s golf charged back on day two of the Bryan College Invitational, carding a seven-over, 295, to win the tournament.

The Phoenix sat fourteen strokes off Tennessee Wesleyan’s lead after the first day, but the team played tough through hard pin positions, to clinch the tournament. The turnaround came in large part due to Cumberland’s top three combining to shoot one-under-par.

”I feel like this tournament was definitely a confidence booster for the team as a whole and the individuals that make it up. It was one of the first regular season tournaments that the team has won in a long time.” Continued Assistant Coach Kelsey Spivey, “It was amazing watching the guys fight back to win in such a gritty performance like they did.”

Adrian Steeger climbed five spots on the final day to finish tied for second. A birdie on three and two bogeys had the sophomore sitting at one-over after the front nine, but Steeger quickly pulled himself back to par after the turn. Steeger showed off some of the team’s grit when fighting back from a bogey on 13 to get back to par on a hole 14 birdie. He moved down to one-under-par on the second to last hole.

Freshman Isaac Walker was among the players that tied for second place, carding his second-straight even-par round. Walker relied on back-to-back birdies on holes four and five to offset the three bogeys he recorded on the front nine. After 14, the freshman sat at two-over, but a momentous eagle on 15 helped him cruise to an even-par finish.

Tomi Acotto had the best round of his young collegiate career, shooting an even-par, 72, to move up 21 places to a tie for eighth. The freshman carded a team best five birdies during the round, four coming on the back nine. Acotto recorded eight pars and one birdie to finish the front nine at one under, before having an up and down back nine. He traded birdies and bogeys back and forth from hole 11 to 17, before a double bogey on the final hole pushed him back to even.

Reece Gaddes, Jacob Nolen, and Bryson Smith finished the tournament ranked 23rd, 29th, and 38th, respectively. Gaddes moved up six spots, shooting three-over on the front nine and four-over on the back for a 79, Nolen jumped three spots due to a day two 80, and Smith recorded three birdies, but four double bogeys held him back at an 81.

The men's golf team plays in the Mid-South Conference Fall Invitational in Richmond, Ky., next from October 7-8.