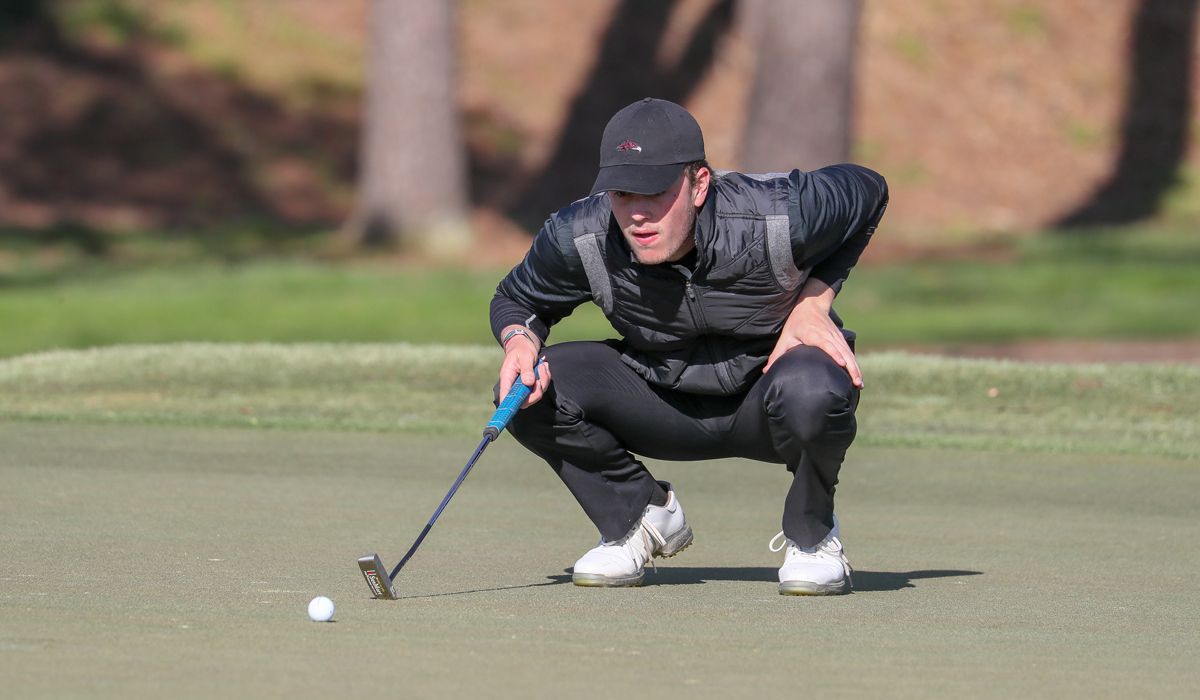 VONORE, Tenn.--Phoenix men’s golf exits day one of the Bojangles Tennessee Intercollegiate at Links of Kahite golf course in second place with an 18-over-par, 594.

In Cumberland’s first tournament since debuting at No. 17 in the newest top-25 poll, the team left the first two rounds just one stroke off ninth-ranked Southeastern. The Phoenix edge out No. 7 Dalton State by one stroke.

Bryson Smith had his best opening day of a tournament this season by far, tying for second in a very strong pool of players to lead Cumberland golfers with an even-par, 144. The junior started his day nicely, birdying the first hole on his way to a two-under front nine. He recorded his second bogey of the day to start the back nine, but rebounded with a birdy on 14 to end round one with a two-under, 70. Smith sat at two under through 13 in the second round, but a bogey and two double bogeys in a four hole stretch from 14-17 moved him off the top of the individual leaderboard, carding a 74.

Isaac Walker continued the excellent start to his Phoenix career, finishing the day in a tie for fifth with a two-over 146. The freshman carded two birdies to offset his five bogies in the first round for a three-over, 75. Walker surged in the second round, registering only two bogeys on the round on his way to a one-under.

Reece Gaddes snagged a 23rd ranking on the first day of play with an 11-over, 155. The first round did not go particularly well for the junior, recording two double bogeys and five bogeys on his way to an 82. Gaddes played much better in the second round, only shooting three bogeys to go along with another two birdies to finish the round one-over-par.

Adrian Steeger had his worst round of the year to start the day, despite not carding a single bogey. Only one birdie to go against four doubles and one triple bogey had the sophomore end the round with a 10-over, 82. Steeger played much better in the second round, turning in a three-over, 75, that saw two bidies, three bogeys, and one double to finish the day 28th.

Cumberland continues to compete in the Bojangles Tennessee Intercollegiate tomorrow.