Phoenix seventh after day one of Champions Gate 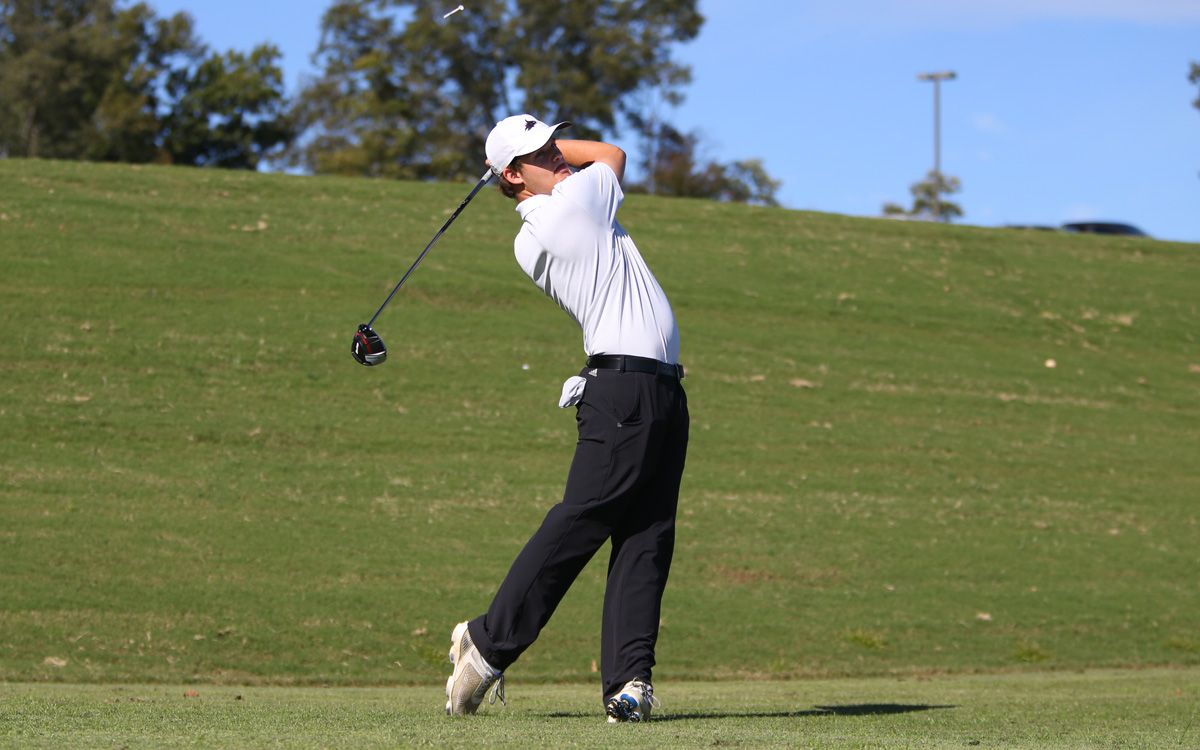 ORLANDO, Fla.-- Cumberland men's golf hit a snag on the opening day of the Champions Gate Spring Invitational, leaving the first 36 holes in seventh place out of seven teams with a 64-over-par 640.

Only four golfers competed for the Phoenix as multiple members of the men's and women's team were battling illness. Excellent conditions at the golf course set up for good golf, but as Head Coach Rich Williams said when talking about the day, "[The team made] too many mistakes, and just never really got the ball rolling in the right direction."

Two golfers made it into the top-30 of the individual rankings. Bryson Smith led the way for the Phoenix, finishing 22nd at eight-over through 36. The junior picked up five birdies on the day, three of which came in his second round. Smith's day ended with three straight holes of bogey or worse golf to fall out of the top-10. Freshman Isaac Walker's day went nearly the opposite of Smith's, shooting poorly in his first round with a 10-over-par, but finished strong with an even-par round two. On his second round, birdies on 13, 16, and 3 helped him finish in a tie for 26th.

Adrian Steeger's day was thrown off balance early, finishing his second hole of the day with a quintuple bogey on his way to an opening-18 13-over-par. Steeger's second round went better as he pulled the score back into the 70's on his way to a 18-over and 35th place through the first day. Tomi Acotto struggled through both rounds on his way to a 28-over-par finish; good for 41st place.

The final round of the Champions Gate Spring Invitational is set for tomorrow morning at 8 a.m.