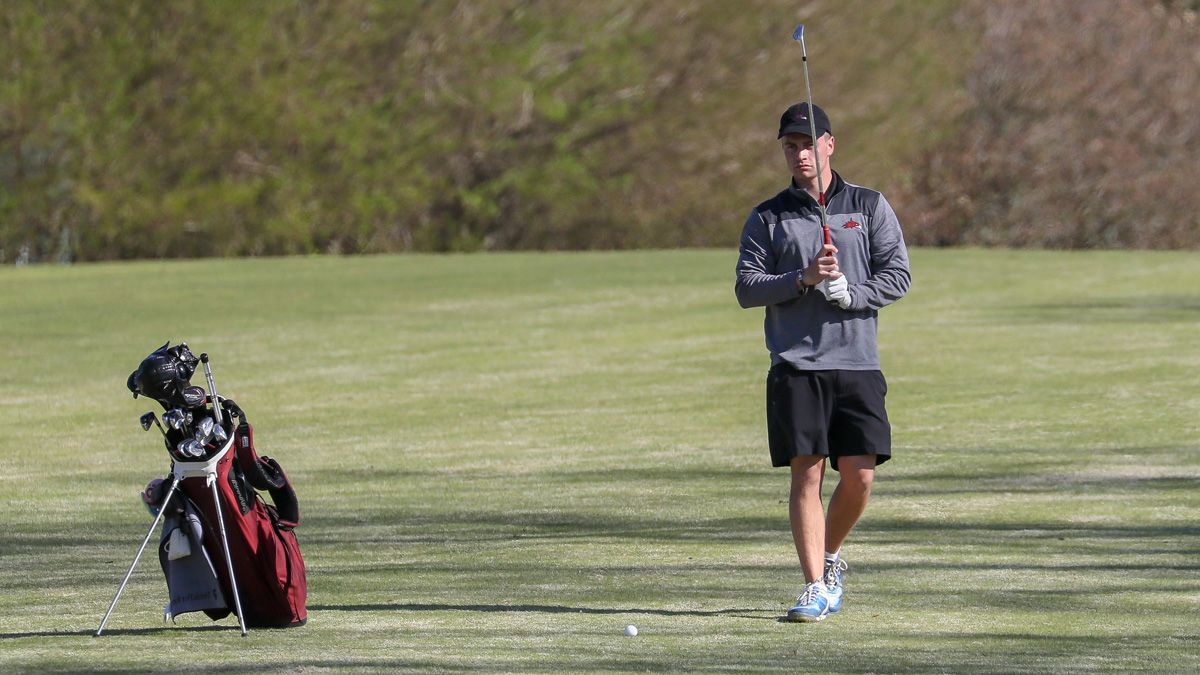 GULF SHORES, Ala.--Two Cumberland golfers ranked in the top-10 individually, the Phoenix sitting six strokes off the lead after the first round of the Georgetown College Invitational with a 21-over-par, 309 at The Peninsula Golf & Racquet Club today. Course conditions were perfect, but small landing areas from the tee and tough greens kept low scorers in check.

For the second-straight tournament, Bryson Smith led all Cumberland golfers through the opening round, carding a three-over, 75, to finish the first day in a tie for sixth place. The junior had a very strong start to his day, shooting one-under on the front nine as he posted two-straight birdies from holes six to seven. Smith shot four-over on the back nine, all of the dropped strokes coming in the final five holes of his round.

Adrian Steeger also broke into the individual top-10, claiming a tie for ninth with his four-over, 76. Steeger posted a two-over on both the front and back nine with his two birdies coming on holes nine and 15. He did a good job of minimizing mistakes, only collecting four bogies and one double.

Just missing the top-10 at a tie for 13th, steady freshman Isaac Walker put together a good day with a five-over, 77. Walker did not have any holes of under-par play, but also steered clear of any holes worse than a bogey.

Tomi Acotto and Reece Gaddes rounded out the scores for the Cumberland golfers. Acotto tied for 22nd with a nine-over, 81, posting an eagle on hole seven, but offsetting that with three bogies. Gaddes carded five bogies and four doubles on his way to a tie for 35th at 13-over-par with an 85.