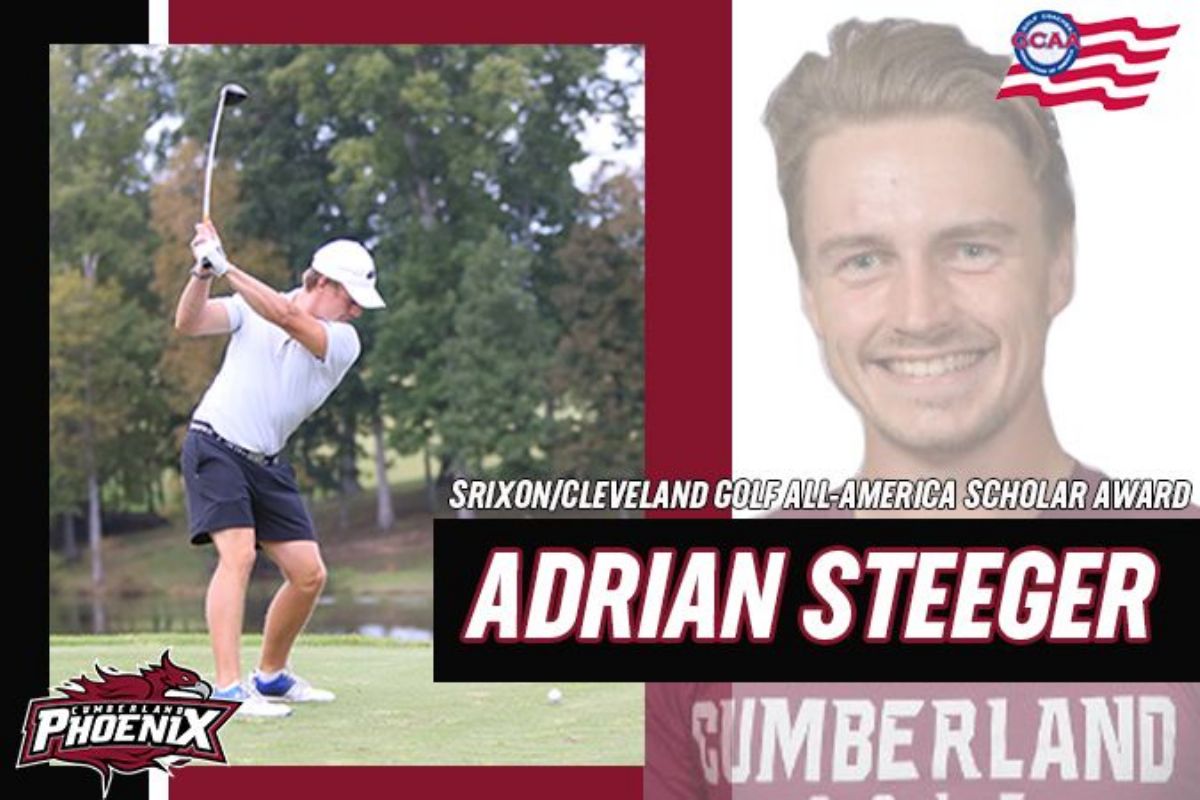 To be eligible for Srixon/Cleveland Golf All-America Scholar status an individual must be a sophomore, junior or senior academically in Division I, II, III, and NAIA, or receiving their Associate’s Degree and in their last year of athletic eligibility in the NJCAA. In addition, they must have a stroke-average under 76.0 in Division I, 78.0 in Division II, 78.0 in NAIA and 79.0 in Division III, 77.0 in NJCAA, and maintain a minimum cumulative career grade-point average of 3.2. For the 2019-20 season only, they must participate in 40% of the team’s competitive rounds.

Steeger has posted a 3.597 grade point-average (GPA) over his first two years at CU. The Marnau am Staffelsee, Germany, native, has been steady on the course for Cumberland winning Mid-South Conference Freshman of the Year in 2018-19 and was well on his way to another great year before the season was shortened.

The sophomore averaged 74.89 strokes over 18 rounds of golf last season. In the fall, Steeger posted four Top-5 finishes out of five tournaments including a second-place finish at the Bryan College Invitational when he shot even par.

As a team, the men's golf program won two tournaments, Bryand College Invitational and the Mid-South Conference Fall Invitational. The MSC holds two tournaments, one in the fall and one in the spring, to determine the regular-season champions. With the win at the MSC Fall Invitational, Cumberland picked up 10 points and set themselves up well for a run at four-straight conference championships before the season was put to a hold.

Steeger was also named to the Mid-South Conference Men's Golf Champions of Character team this spring as well as Academic All-Mid-South honors.