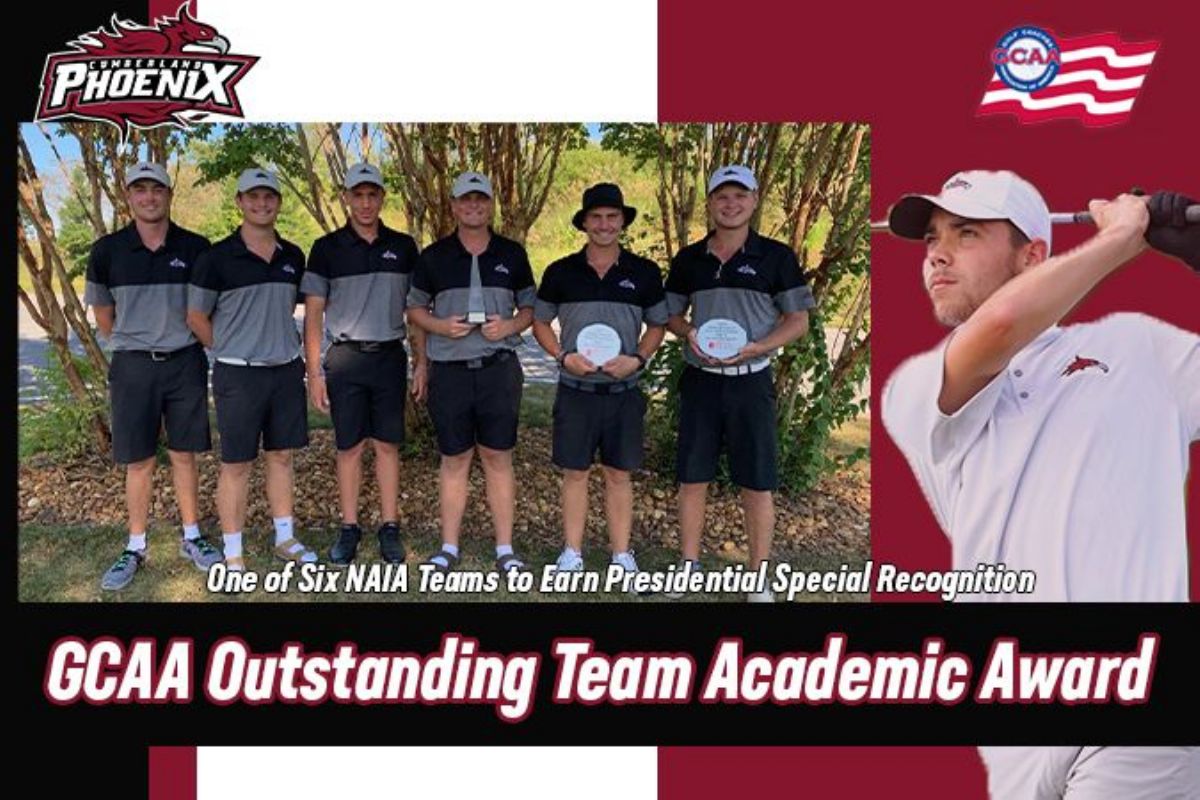 The Presidential Special Recognition honor is given to programs with a team grade-point average (GPA) of 3.50 or higher during the school year. The Phoenix boasted a 3.543 GPA over the past academic year. There was a total of 250 teams earn the GCAA Outstanding Team Academic Award and 93 earned Presidential Special Recognition. Of those 93, Cumberland was one of six NAIA teams to earn the honor.

On the course, the men's golf program won two tournaments out of seven last season, Bryan College Invitational and the Mid-South Conference Fall Invitational. The Mid-South Conference (MSC) holds two tournaments, one in the fall and one in the spring, to determine the regular-season champions. With the win at the MSC Fall Invitational, Cumberland picked up 10 points and set themselves up for a run at four-straight conference championships before the season was put to a stop in March.