Men's Golf battles through the rain for a second-place finish 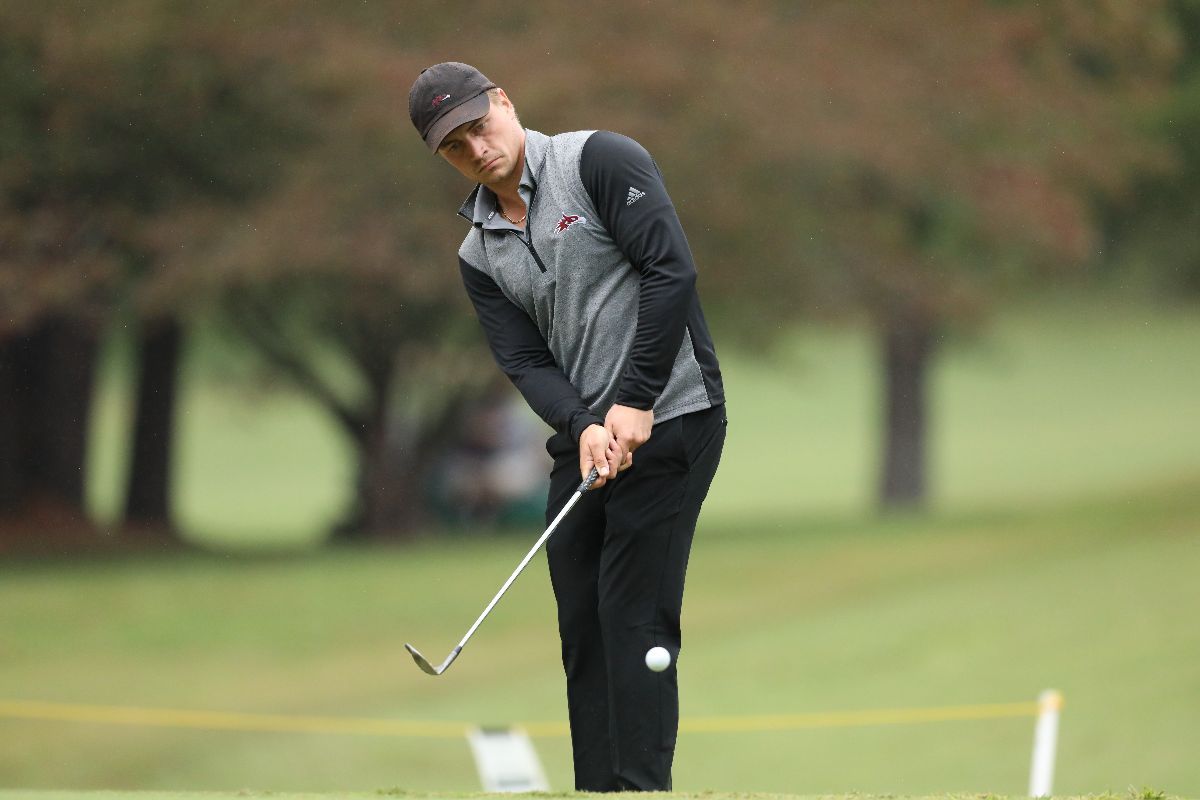 COLUMBIA, Ky.-- The Cumberland men's golf team opened up their 2020-21 campaign today at the Lindsey Wilson Invite at the Pines at Lindsey Wilson.  The Phoenix carded a 593 collectively in 36-holes, finishing in second-place despite the rain on and off throughout the day.

Sophomore Adrian Steeger finished the day five over par shooting a 74 in the first-18 and a two-over 73 in the second round. He finished in sixth place, four strokes back from the leader, Callum Burns from Lindsey Wilson.

Tomi Acotto, playing as an individual, carded a six-over day shooting a 74 on both the front and back for a two-round total of 148. Junior Bryson Smith finished with a 148 as well but shot a round-low 71 in the first 18-holes and a 77 in the second round. Acotto and Smith finished in a tie for seventh-place.

Junior Reece Gaddes posted a tenth-place finish shooting a 75 and a 74 for a two-round total of 149. Gaddes was one of two Phoenix to improve his score in the second round today. Freshman Will Samuelsson started off his Phoenix career with a tie for the round-low 71, along with Smith, but Samuelsson carded a nine-over 80 in the second-round for a 151 and an 11th-place finish.

The men's team does not have to wait long to get back on the course. They will be teeing off at the Riley Moore Invitational hosted by Freed-Hardeman in Centerville, Tennessee on Thursday, October 1.