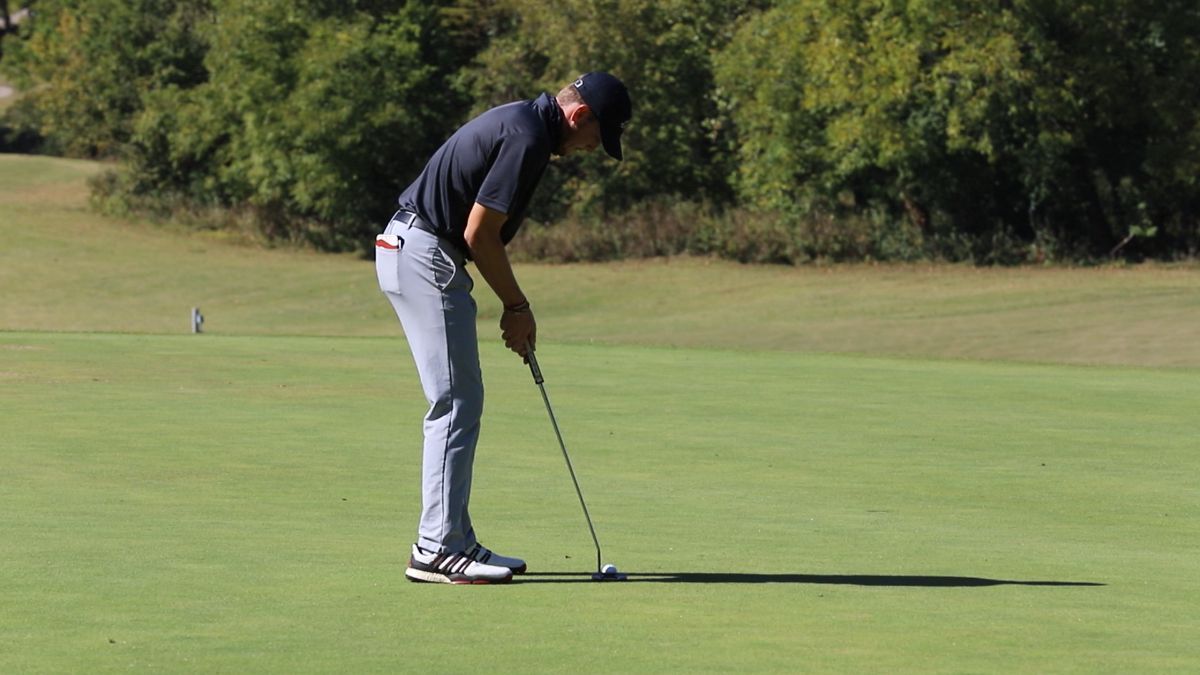 Junior Reece Gaddes capped off a great tournament with a play-off hole victory for his first collegiate win.

GOODLETTSVILLE, Tenn.- Cumberland men's golf finished in second place of the Music City Invitational, four strokes behind Point University. Reece Gaddes shot a 70 in day two for a 140 total tying him for first place. Gaddes won the tournament outright on the first play-off hole at number one at Twelve Stone Golf Club.

The Phoenix men improved their day two score by three strokes, but the story of the tournament was Gaddes victory. He finished two-under on the day by shooting three birdies, one bogey and 14 pars. The birdies all came on the back-nine for him in a strand on hole four, five, and seven.

It only took one play-off hole for Gaddes to seal the deal after missed the fairway left, but recovered with a nice approach shot and a two putts for his par. His competitor, Jake Miller from Indiana University-East, missed the fairway as well, but his second shot was chunky and fell short of a tough gully. Miller had to attempt a 100-yard chip in for the tie and narrowly missed the hole.

"It is great to see a local student-athlete succeed after putting in so much hard work. Nobody deserves it more," said head golf coach Rich Williams. That was Gaddes first tournament win in his collegiate career. It was the second time he has beeninside the top-ten of a tournament, first one was at the Loyola University Invitational in 2018, and first time he finished as the low scorer for the Phoenix.

Freshman Will Samuelsson had another very consistent day carding a three-over 75 for a two-day total of 149. He finished in a tie for 11th place. Isaac Walker improved on his score by four strokes from a 78 to a 74 and Tomi Acotto picked up his play today shooting a second round 75.

Cumberland is back in action at the Campbellsville Invitational this upcoming Monday.