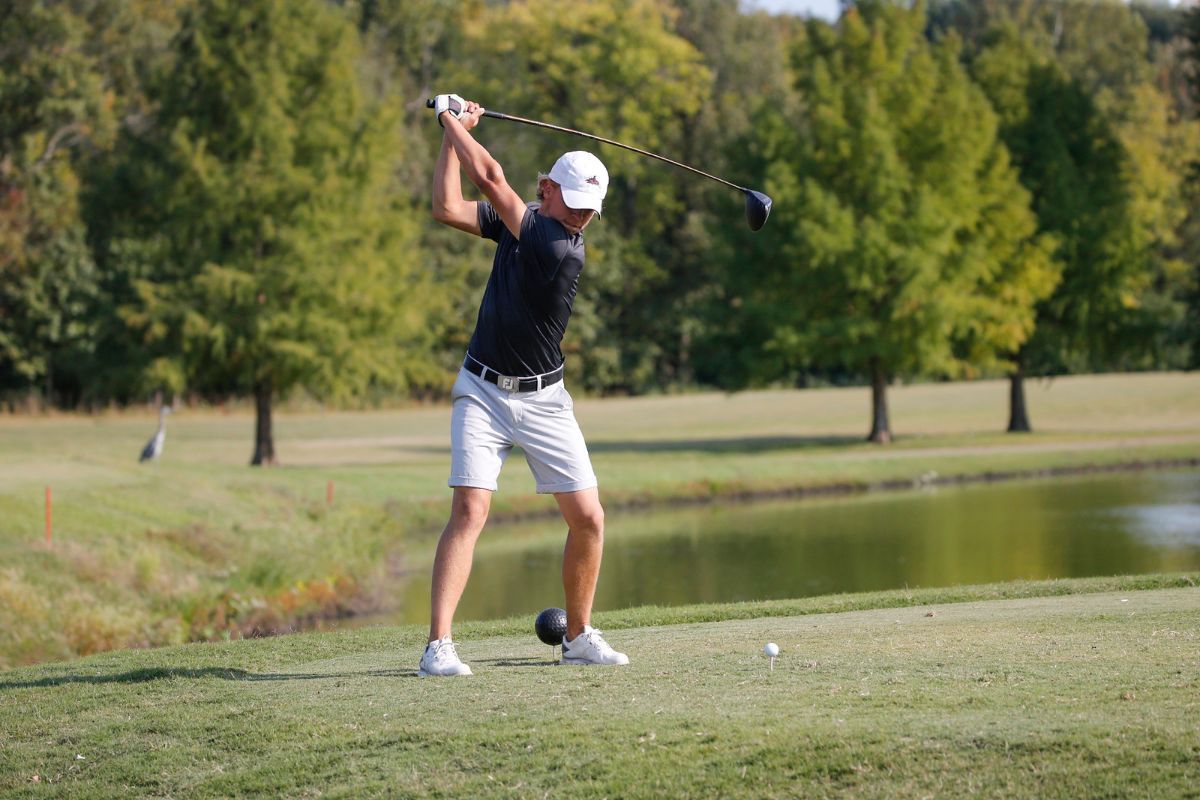 Freshman Will Samuelsson sits in a tie for fifth place after shooting an even-par 72. (Credit: Bob Tamboli)
Related Links

BOWLING GREEN, Ky.-- It was a cold and misty day in Bowling Green, but the Cumberland men's golf team overcame the circumstances to shoot a 293, collectively, sitting in first place after day one of the Mid-South Conference Fall Championship at Bowling Green Golf Club.

Head golf coach Rich Williams was excited about how his team performed on the course today in their first tournament since October 5-6. "Overall, I am very pleased with how they competed today."

Cumberland started on the back-nine at Bowling Green Golf Club and came out a little rusty having not competed in 20 days, but picked it up on the front-nine, "If you look at some of the scores, they really picked it up on the back-nine (front) of the round. I liked the way they competed to the end. All-in-all it is nice to be out competing, the golf course is great, it is nice to be outside. We've got to go play good tomorrow and finish the fall on a high note."

The Phoenix lead Lindsey Wilson by two strokes as a team and are seven strokes ahead of day one third-place finisher Shawnee State. The three teams will be paired together in the final grouping scheduled to tee-off starting at 9:50 a.m.

Individually, Cumberland was led by freshmen Will Samuelsson and Isaac Walker who both finished the day at even-par. The two are sitting in a tie for fifth place with three other athletes and trail the leader, Kyle Alexander of Thomas More, by two-strokes.

Just behind Samuelsson and Walker, junior Bryson Smith shot a one-over 73 and is in a tie for tenth place. Junior Reece Gaddes, coming off his first individual win, shot a four-over 76. The four scores make up the teams five-over 293.  Competing as an individual, freshman Christian Lindgreen was one stroke behind Gaddes carding a five-over-par, 77.

The Phoenix has a two-stroke advantage heading into the final round of 18 holes tomorrow.