Smith tied for First; Phoenix Golf in Second after 27 holes 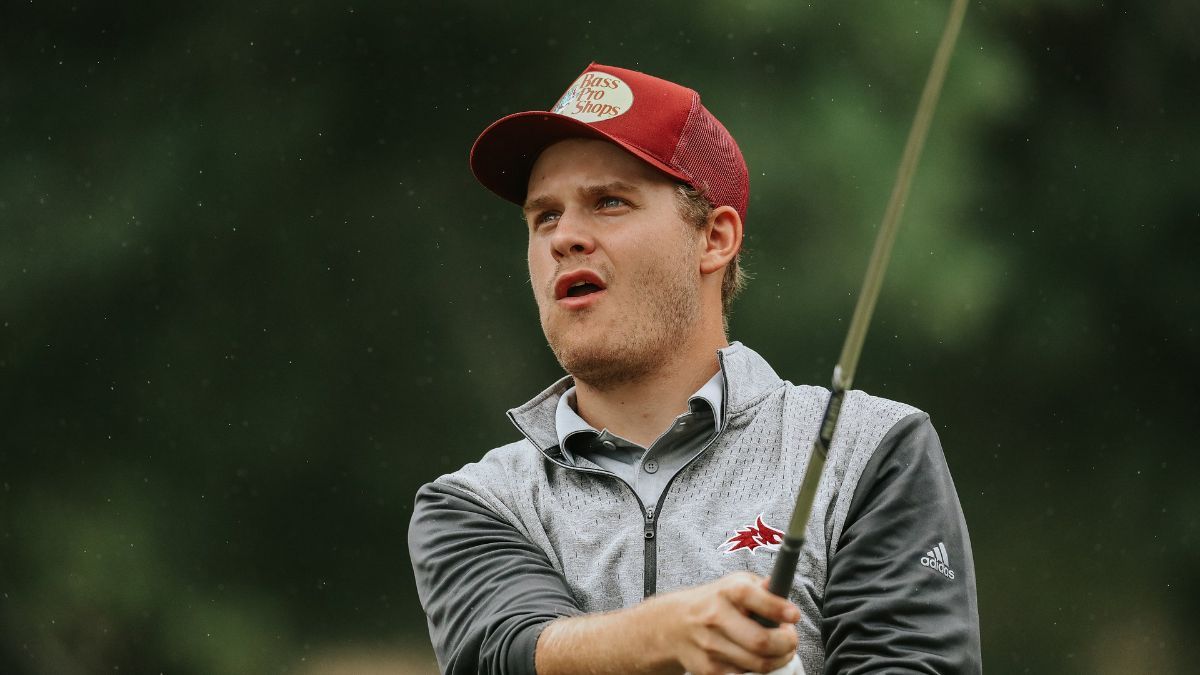 Bryson Smith is in a tie for first after a 27-hole score of one over. (Credit: Campbellsville Sports Information)

The tournament had a last-minute change from 18 holes to 27 holes today due to inclement weather in tomorrow's forecast. The last nine holes today will be apart of each team and the individuals' round two which will be finished tomorrow.

Cumberland collectively shot a 302 in round one and is seven-over up to this point in round two. Cumberland sits in third place overall trailing just Southeastern University and the University of Mobile.

Bryson Smith is tied for the individual lead in the tournament. Smith and the Phoenix started on the back nine today and Smith double-bogeyed his first hole of the day but has been on fire since then collecting four birdies. He finished the first round at even par. His second time on hole 10, Smith got redemption shooting one-under on the hole. He carded two bogeys the remaining eight holes for a one-over 27 holes.

Isaac Walker has played tremendous as well shooting a one-over 73 in round one and two-over in round two. Walker carded three birdies and four bogeys in round one and is two-over so far through his second round. He sits in a tie for fifth place and two strokes behind the leaders.

Adrian Steeger sits just outside the Top-10 in a tie for 13th place. Steeger shot a 77 in his first 18 holes with three birdies. After four straight pars to start his second round, he bogeyed holes 14, 15, and 16, but finished strong going birdie-birdie on 17 and 18.

Will Samuelsson is in a tie for 35th after a first-round 81 and is three-over through nine in round two. Garrett Hughes is tied for 38th after an 80 and a five-over through nine. Hughes has carded three birdies on the tournament.

Cumberland will pick up where they left off tomorrow on hole number one with nine holes to play.