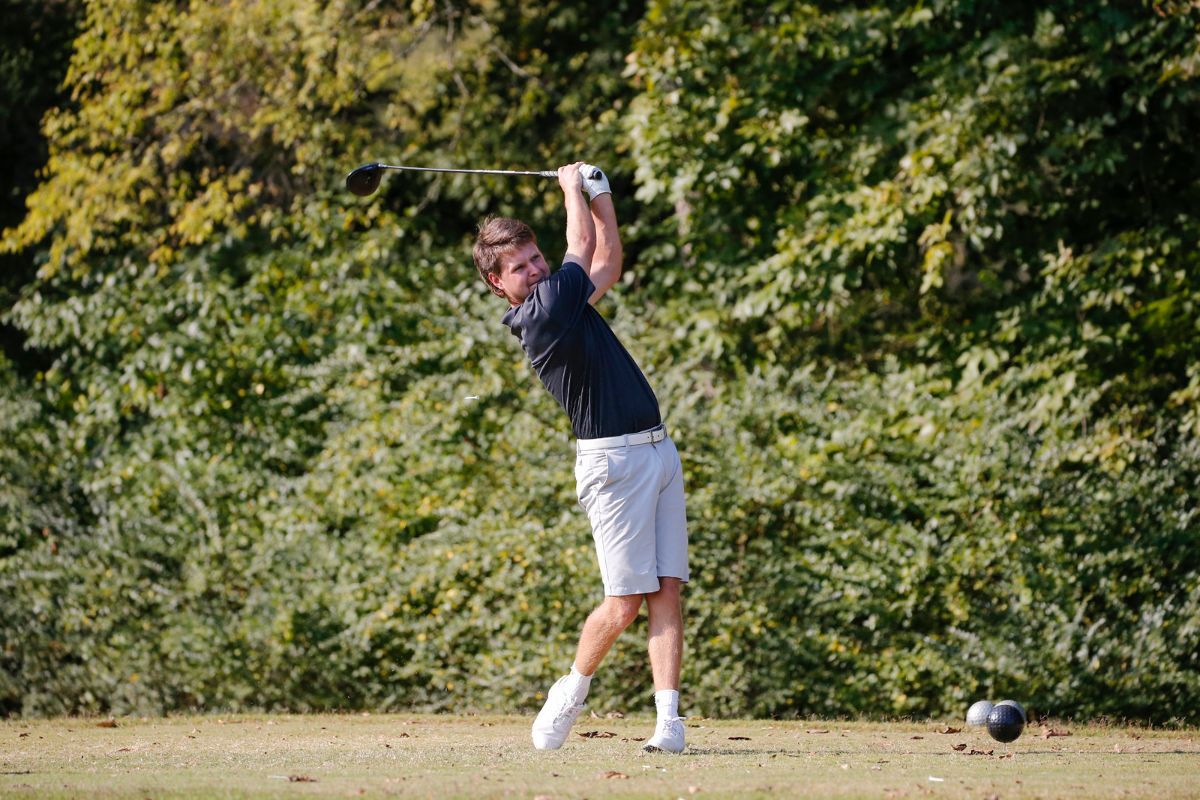 Isaac Walker is currently tied for first after shooting a 71 on day one of the tournament (Credit: Bob Tamboli)

CROSSVILLE, Tenn.-- Phoenix men's golf played a round of golf today at Bear Trace Golf Course as a part of the Mid-South Conference Spring Tournament. Cumberland sits in fourth place and is ten strokes back of tournament leader Lindsey Wilson College.

The Phoenix shot a first-round 303 as a team and are currently tied with Thomas More at 15 over par. Lindsey Wilson leads the tournament with a score of 293 followed by Campbellsville and the Cumberlands. The Phoenix are ahead of Shawnee State, Martin Methodist, Pikeville, Bethel, Georgetown, and Freed-Hardeman

Cumberland has three golfers currently tied for first place individually. Those Golfers are Isaac Walker, Christian Lindgren, and Garrett Hughes who each shot a one-under-par 71. Since Lindgren, Hughes, Reece Gaddes, and Andrew Lena are competing as individuals, their scores are not counted towards the Cumberland team score.

Coming in next for the Phoenix was Tomi Acotto who shot 75 overall which puts him in a tie for 12th. Adrien Steeger is tied for 36th after he shot a 78. Bryson Smith and Will Samuelsson are tied for 39th place after they both shot 79. Andrew Lena currently sits tied for 44th after shooting 80. Rounding out the Phonix is Reece Gaddes, who is tied for 47th after shooting 81 on the day.

Cumberland is set to tee off tomorrow morning for the final day of the tournament.