Men's Golf tied for first heading into the final round 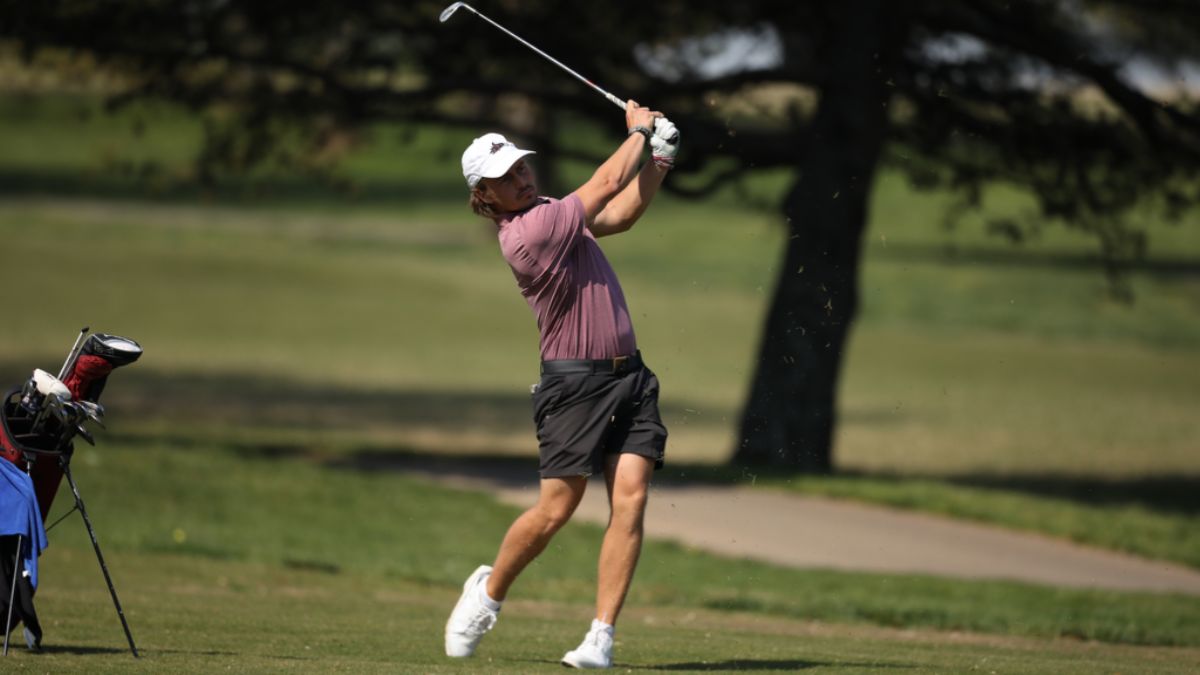 Adrian Steeger posted a 71 in round two for the second lowest score of the day. (Credit: Jordan Alves)

BOWLING GREEN, Ky. – Adrian Steeger shot the second-best score of the day while Cumberland shots a 303 as a team in the second round in the Mid-South Conference Men’s Golf Championships at Bowling Green Country Club.

Cumberland shot 303 as a team in the second round and is now tied in the lead after Lindsey Wilson shot a 297 to climb the leaderboard. Campbellsville sits in third place with a 600 after two rounds and trails CU and the Blue Raiders by nine strokes. Thomas More is in fourth place at a combined score of 616.

Steeger moved three spots from fifth to second after shooting a one-under 71 in the second round. Steeger carded five birdies on hole No. 2, No. 7, No. 10, No. 14, and No. 17 and bogeyed four holes. Steeger sits one stroke behind Campbellsville's Justin Warman for the individual lead.

Bryson Smith played steady again shooting one-under on the front, but a double bogey on No. 15 and a bogey on No. 18 led him to a two-over round. Smith sits at a two-day score of 146 and is tied for third with Tomi Acotto.

Acotto had a career round in the first round but shot a 79 in day two to fall from the individual lead to tied for first. Acotto carded five cards and a double bogey on No. 18.

Isaac Walker also carded a 79 posting one birdie, nine pars, and eight bogeys. Walker is tied for 19th place after a 36-hole score of 154.

Will Samuelsson posted an 80 in the second round and is tied for 28th place. Reece Gaddes is participating as an individual and shot a 76.

The Phoenix will tee off from hole No. 1 at 8:50 a.m. with Campbellsville and Lindsey Wilson. The Phoenix will go for their fourth-straight conference championship in the final round as CU and the Blue Raiders battle for the crown with the Tigers nine strokes back.