Men's Golf ties for first in MSC Championship, but finishes second due to tiebreaker rules 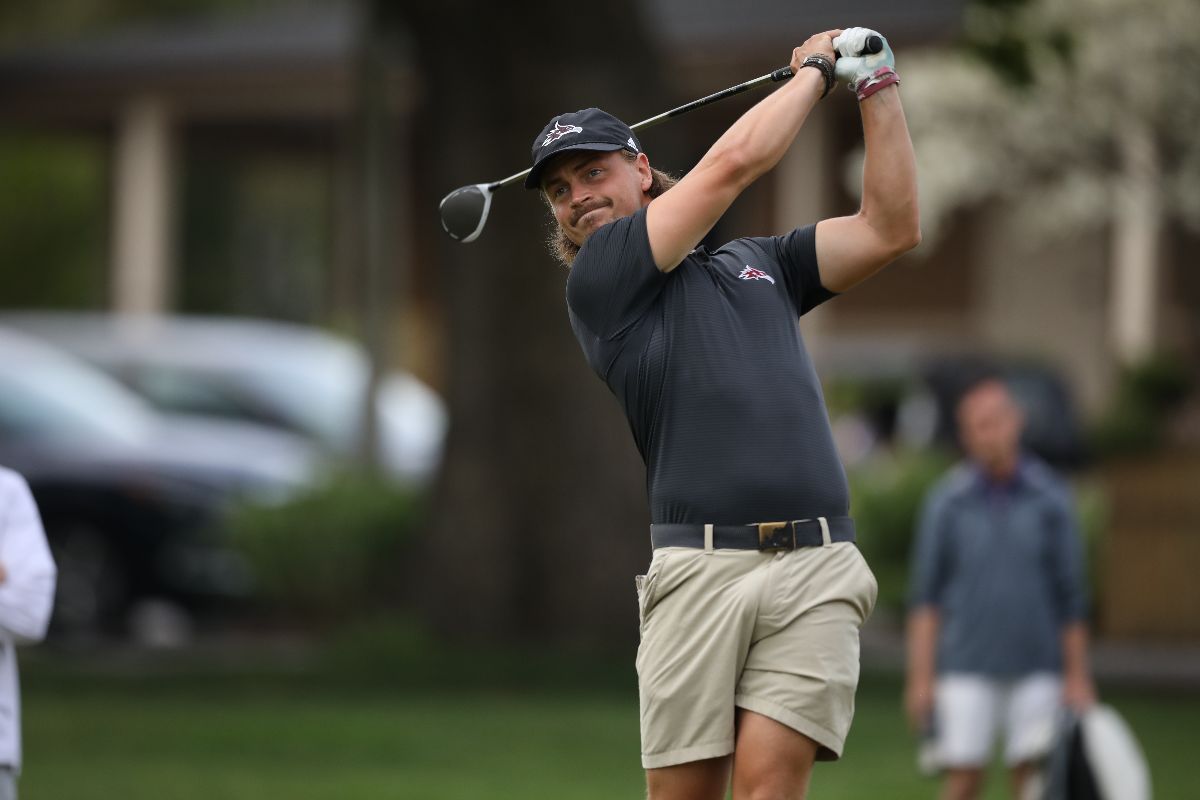 BOWLING GREEN, Ky. – Cumberland men's golf finished the conference tournament tied for first place, but due to the tiebreaker rules Campbellsville takes the Mid-South Conference Tournament Crown ending the the three year run for the Phoenix as Tournament Champions.

The tiebreaker between the Tigers and Phoenix came down to the lowest fifth man score from each team, Cumberland's William Samuelsson finished Wednesday's round with a 78 (+6) just one shot one worse than Campbellsville's Dominic Ramsey with a 77 (+5).

"We gave it our best. We battled with two of the top teams. I hurt for our guys, they played their hearts out and it meant a lot them," said head golf coach Rich Williams.

Adrian Steeger fired an even-par 72 to finish in second place overall with 217. Steeger carded three birdies and one eagle on the round. The Marnau am Staffelsee, Germany, native was three-over on the front nine, but finished strong with a three-under on the back nine.

Smith started his day going birdie-birdie on hole No. 1 and No. 2, but bogeyed three straight holes on No. 9, No. 10, and No. 11 and double dogeyed No. 12. Smith finished the final six holes one-under for a two-over total, taking third place solely with a 222.

Tomi Acotto took sixth place after finishing with a 76 in the third round. The Tucum, Argentina, native shot a one-under on the front, but had a stretch of double-bogey-bogey-double-bogey on the back to shoot a four-over.

Freshman Will Samulsson recorded a six-over 78 in his final round. He posted 14 pars on the round with two bogeys and two double-bogeys. Samuelsson finished in a tie for 28th place at 235.

With their performances combined over the Fall Preview, Spring Preview, and this week's Championship Smith, Steeger, and Walker were named First-Team All-Mid-South Conference and Acotto and Samuelsson were named Second-Team.

Cumberland men's golf will have to wait to see if they receive an at-large big into the national tournament. The national qualifiers will be released by the NAIA office on May 6.