Steeger paces men's golf with 76, Walker and Smith shoot 77 in Opening Round 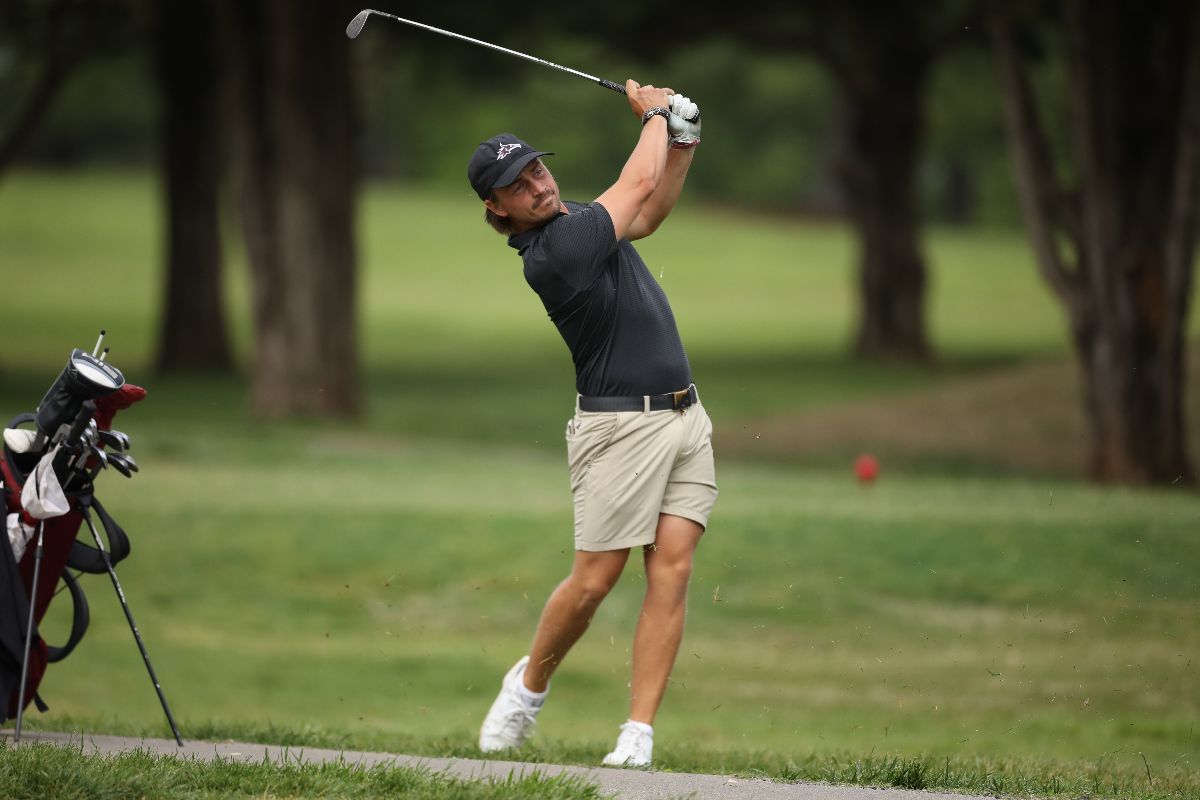 SILVIS, Ill. – Sophomore Adrian Steeger shot five-over-par 76 while Bryson Smith and Isaac Walker each carded a 77 for Cumberland men’s golf in the first round of the 69th Annual NAIA Men’s Golf Championships on Tuesday at TPC Deere Run in Silvas, Ill.

After the first round, Point University leads the tournament with a 290 followed by Keiser University at 292 and Taylor University at 295. The Phoenix are tied for 24th with a 312 and have to reach the Top-17 to make the cut after the second round tomorrow.

Steeger paced the Phoenix with a 76. The sophomore posted bogeys on No. 1, No. 3, No. 6, No. 7, and No. 9 on the front nine before picking up two birdies and two bogeys on the back nine. Steeger is tied for 50th in the tournament.

Smith recorded a first-round 77 that included eight pars in the first 13 holes of the day. The Lafayette, Tenn., native collected six pars with two bogeys and a double-bogey on the front nine. He made a birdie on No. 10 before going bogey, par, par, through the next three holes. Smith carded a birdie on 14 before back-to-back bogeys on No. 15 and 16. Smith rebounded with a birdie on No. 17, but finished with a double bogey on No. 18 to close the round.

Walker started with a bogey, par, birdie, and a double-bogey finishing the front nine five-over-par but played much better on the back nine. The freshman started No. 10 and 11 with pars before posting a bogey on No. 12. The Smithville, Tenn., native posted four straight pars before a birdie on No. 17, but bogeyed 18 to finish his first-round tied for 62nd with Smith.

Johnson started his round with a bogey and a double bogey, but the Tampa, Fla., native posted 11 pars over the next 13 holes. Unfortunately he ended the round with three straight bogeys for his nine-over 80, tied for 96th in the field of 155 players.

Tomi Acotto opened with an 82, starting with a par and the first hole. Acotto bogeyed No. 2 before collecting a birdie on No. 4 to get back to even. The Tucum, Argentona, native went bogey-double bogey on No. 5 and 6 before three straight pars to close the first nine at three-over. He picked up a triple bogey on No. 10 and a double bogey on No. 15 with three other bogeys to shoot eight-over on the back for an 11-over par round.

Reece Gaddes had a rough start to the tournament with the triple bogeys on the first five holes. Gaddes carded two birdies on the front to shoot a 45 on the front nine before posting six bogeys, one birdie, and one triple bogey on the back for an 18-over par, 89.

Cumberland will tee off on No. 10 tomorrow at 7:30 a.m. tomorrow with Truett-McConnel and Roosevelt.