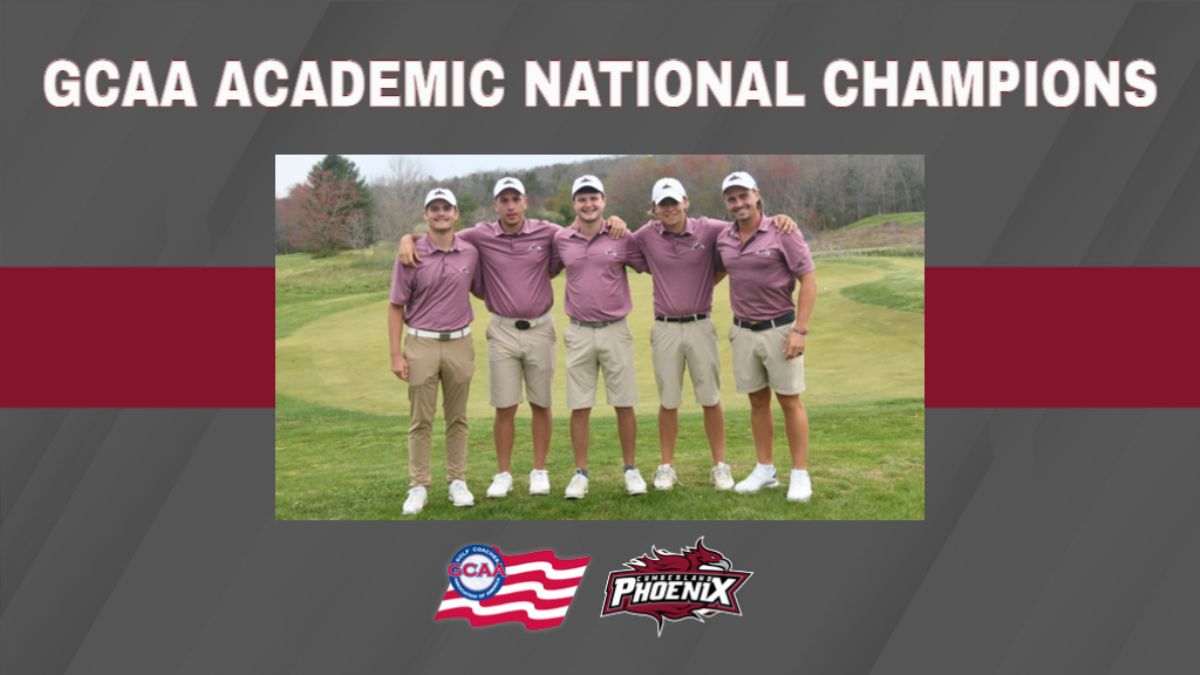 LEBANON, Tenn.--Cumberland men's golf was named Golf Coaches' Association of America (GCAA) Academic National Champions for posting the top grade-point average in the NAIA this past season, announced by the organization on Thursday.

"It was a goal. We finished 10th in the country on the course and to have the top-GPA is amazing. I am very proud of our guys. They worked extremely hard on and off the golf course. They are a special group of young men and they earned this," golf coach Rich Williams said.

The Phoenix also earned Presidential Special Recognition and GCAA Outstanding Team Academic Award for the efforts in the classroom.The Presidential Special Recognition honor is given to programs with a team grade-point average (GPA) of 3.50 or higher during the school year. The Phoenix boasted a 3.66 GPA over the past academic year. Cumberland was one of six NAIA teams to earn the honor.

The team accolade caps another strong academic year for the golf program. In total, six Phoenix were named Academic All-Mid-South Conference, including Reece Gaddes and Adrian Steeger who will earn NAIA Scholar-Athlete honors.

On the course, Cumberland had the highest finish in program history after finishing in 10th place at the NAIA National Championship at TPC Deere Run. The Phoenix saw their consecutive Mid-South Conference titles streak snap after losing a scorecard play-off at the Conference Championships, but had five student-athletes earn All-Conference. Isaac Walker was named Mid-South Conference Freshman of the Year and a NAIA Third Team All-American.