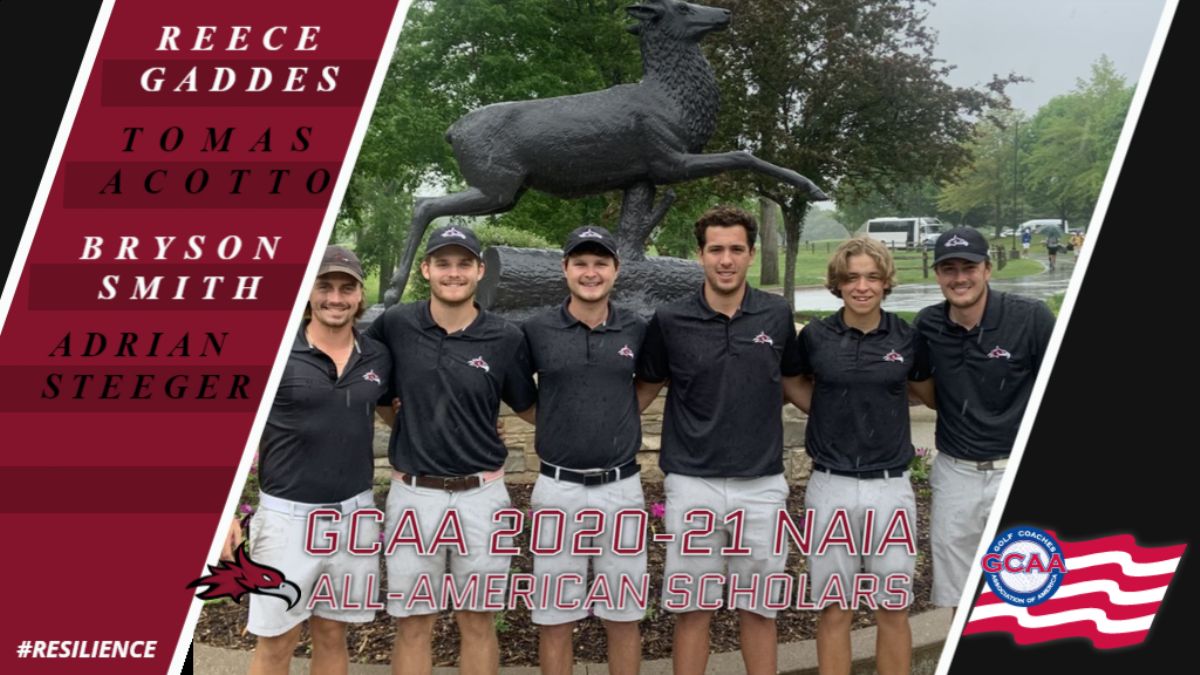 NORMAN, Okla.-- Srixon/Cleveland Golf All-America Scholars for NAIA was announced Friday by the GCAA. Four members of the Cumberland Men's Golf team made the NAIA portion of the list including, Tomas Acotto, Reece Gaddes, Bryson Smith, and Adrian Steeger.

To be eligible for Srixon/Cleveland Golf All-America Scholar status, an individual must be a sophomore, junior or senior both academically and athletically. The golfer must also maintain a stroke average under 78 while also participating in at least 40 percent of their team's competitive rounds.

The four golfers were an integral part of Cumberland's success on the course during the 2020-21 season, as the squad posted a 10th place finish at the NAIA National Championships.

The Cumberland Men's Golf Team returns to campus on August 22 to prepare for the 2021-2022 season.