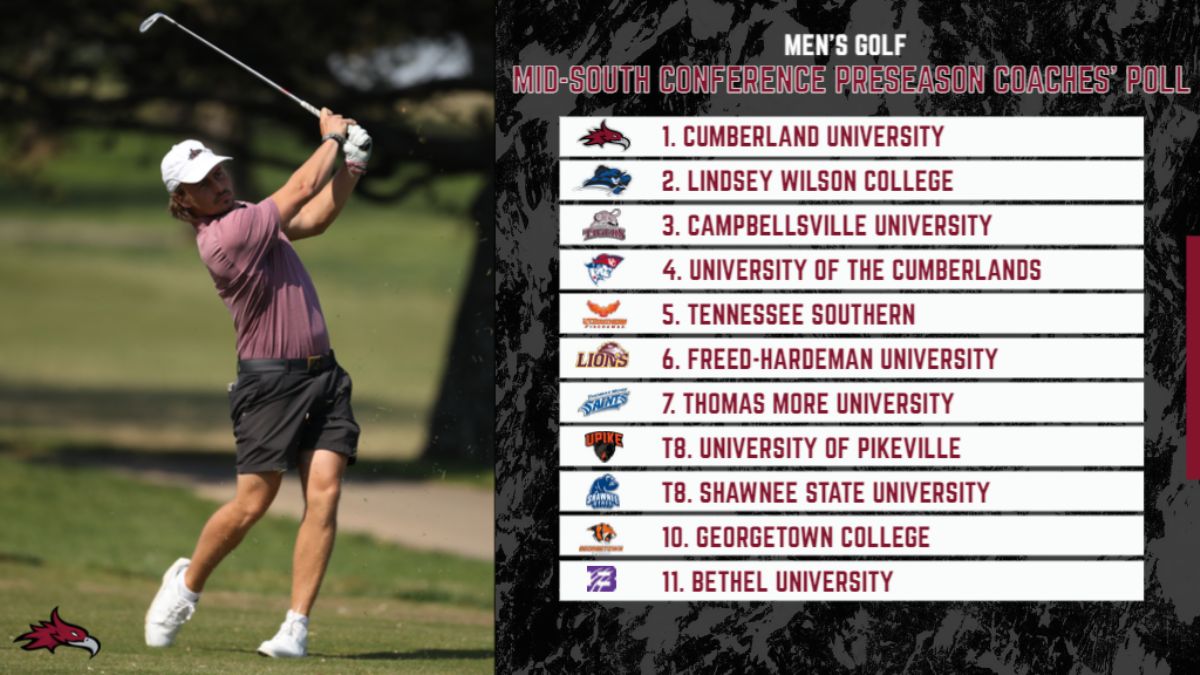 Cumberland men's golf has been selected as the preseason favorite to win the conference championship. (Credit: Jordan Alves)

LEBANON, Tenn. - Phoenix men's golf is favored to win the conference title according to the Mid-South Conference Men's Golf Preseason Poll, released by the conference Wednesday.

Cumberland recorded their highest finish in the National Tournament as a team last season making the cut and posting a 10th place finish. Cumberland earned a share of the MSC regular-season title and finished as the tournament runner-up. The Phoenix are returning four All-Mid-South Conference performers from last season including NAIA All-American and Mid-South Conference Freshman of the Year Isaac Walker.

Joining Walker is Adrian Steeger, a First-Team All-Conference performer and the 2018-19 Mid-South Conference Freshman of the Year. Tomi Acotto and Will Samuelsson return as Second-Team All-Mid-South award winners. The Phoenix also return senior Reece Gaddes who won the Music City Invitational as an individual last fall.

Lindsey Wilson totaled 90 points in the poll and the final four first-place votes to come in second. The Blue Raiders were co-regular season champions a year ago.

Campbellsville is in third with 84 voting points. The Tigers won the MSC tournament title last season. Cumberlands is slotted fourth with 65 points and Tennessee Southern received 48 voting points to finish fifth in the poll.

Freed-Hardeman finished sixth with 46 points. Thomas More is seventh with 39 points while Pikeville and Shawnee State tied for eighth with 38 points. Georgetown and Bethel round out the poll with 33 and 28 points, respectively.

Coaches were not allowed to vote for their own team.